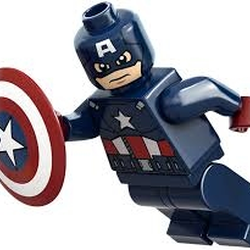 This model is a LEGO Helicarrier in micro size. It is a rather well detailed (For a micro model) build, and has a few quinjets that you can use to recon and stuff. I would have put in micro figures, but it was just to small.

I built this model originally out of actual LEGO bricks to use for my stop motions. I had an idea to post it here, so that other people could have models of expensive LEGO sets for lower prices.

I hope that you would please vote if you would like this. I will be building more models in the future so look for those as well.

Next up: Micro Death Star!