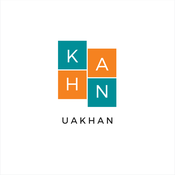 If you want to jump to the functions of the model, go to the “The model itself” section, I just felt like writing all this other stuff :)

Introduction
Pixar is one of the most iconic movie companies in history. Over nearly 35 years, Pixar has produced films that have inspired viewers from around the world. Their films can be described as imaginative, joyful, and full of life. For me, Pixar has provided adventures that have stayed with me throughout my life. Even as I grew older and having changes in my life, I still enjoyed Pixar movies, and I think that can be said for everyone, their stories can be enjoyed by anyone. With their 35th anniversary in 2021 and me looking to do a Lego ideas project, I decided to dig into their history…
History
The year was 1986, with Pixar founded, the team started a project, the team at Pixar already had experience in animation and 3D (before Pixar was founded, the team worked on a short in 1984), but they wanted to push the boundaries of 3D animation, thus, they began their work on a 4 ½ month project. The result, Luxo Jr. While this was very short, it sent shockwaves through the community. The models, the movement, the lighting, all of it made these characters feel alive, it was revolutionary for the time and made way for future films that built on 3D animation. However, Luxo Jr. was never forgotten, the small lamp appears on the Pixar logo, squishing and replacing the I, the ball has also become an icon, being a cameo in many films. Given how iconic and revolutionary Luxo Jr. is, I decided to model the short.
The model itself
The model itself looks very similar to the short, the lamps look and move the way they do in the short, the lamps are also connected to the plug, limiting their movement. But, what I find cool, are the light blocks. You can use it like a Lego lamp! The ball looks pretty close to the we see, but there is one annoying gripe, the model doesn’t use a star, it uses a different shape. I tried my best to replicate the star, but it was too hard. Hopefully, I will find a solution in the future. The setting around them is the same, a flat ground with a plug. For the Pixar logo, the letters are in a similar font as the way we see their official logo at the beginning of each movie. And just like the Pixar logo, you can replace the "I" with a minifgure sized Luxo Jr. For pieces, the overall model is 1136 bricks.
Final words
Some of you still might be asking “Why did you make this?”. I believe Luxo Jr. is an important part of movie history, it’s sort of like the Steamboat Willie of 3D animation, it showed the potential of 3D. While Luxo Jr. was not exactly the first, it’s one of the most revolutionary and perfectly represents Pixar, it’s creative, it’s joyful, and it perfectly shows emotions. This is why I believe Luxo Jr. deserves to be celebrated.
Thanks for investing your time into my project! Have a great day :)