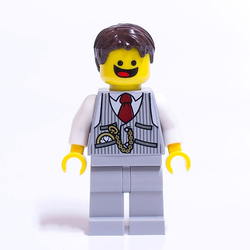 This is my new creation.

I saw many creation on web. But i wanted to express a little more detail on this.
And.. I hate to remove parts in order to observe the inside.

So, I was prepared to be opened cockpit and the rear space by using a hinge bricks.

I used a unique design on the outside a little bit
And inside, I was trying to express the many computer and the instrument panel.

LDD program does not exist inside many types of deco tiles.
I'm going to build using real bricks into the next month.
Then, it will use a variety of deco tile.

I was included in a set of four figures with TARS to board the first Ranger in the film.
And I had to create a stand for them together.

Also, I was making a name plate for express information of my creation.

Last image.... Only it was a just tried.
I want make Endurance for this ranger.
The design isn,t finished, but there is a brick was used 9700pcs..
Realistically, I can not possibly afford to build.
When you saw the final image, I hope you see it as just my imagination

I'll making this Ranger on real bricks into a 2~3weeks.
When I build this into a real brick, I will update the images.

I always await your opinions and advice.