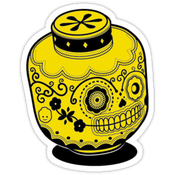 Well, if you like cars, you definetly have to know The Grand Tour, which is the best car TV programme in the World; The Grand Tour is hosted by Jeremy Clarkson, James May and Richard Hammond, formerly hosts of BBC's Top Gear, and it's filmed in a big tent which is carried week by week in different places around the world.

And if you're on this page is beacuse you like Lego :-).

I decided to built it in LDD developing just a part of the tent, the main set, where the hosts mainly stay to film the programme.

There's a section of the tent with the logo on the top, the stage with table and chairs and a couple of big screens where Jeremy, Richard and James introduces their adventures and tests. I tried to respect as much as possible all the details and original colors.

The set is made with about 1500 bricks and contains the 3 presenters minifigs as well, personalized with original decals.