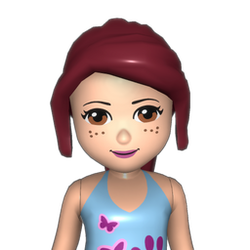 The 2014 film Interstellar flung audiences far away from a dying Earth on a desperate expedition to find a new home among the stars. With this detailed and playable minifigure-scale model of the Ranger spacecraft used by the NASA astronauts on their journey, you can relive their adventure (or come up with your own).

The Ranger’s shallow angles made capturing the shape in brick form quite challenging, which is part of why I opted for the windows to be masked in with decals. While I was happy to see the dozens of hours of work I poured into making Interstellar’s Ranger come together, the model could no doubt get even better with the help of a professional LEGO designer. To that end, if you want to see this become a real LEGO set, your support is greatly appreciated. Thank you!