Thanks to NASA (that tweet the project) Orion reaches 700 supporters!

Thanks NASA Orion for tweet the project! Thanks to all the people that are supporting Lego Orion.

Orion in the Popular this Week section. Go Orion!

The Orion Lego project is in the Popular this Week

Thanks to all the supporters. 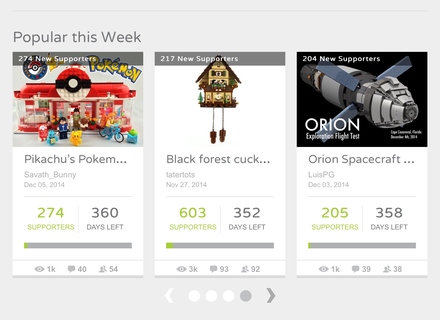 Orion is in the news around the world

Orion not only orbited the world twice in its test mission, the news of its success has also traveled the world. This spacecraft is intended to be the vehicle of deep space exploration of NASA for many years and is planned to carry astronauts even to Mars. So I think it deserves to be built with Lego and become an official set. If you are fan of space exploration, please support this project in Lego Ideas. Thank you. 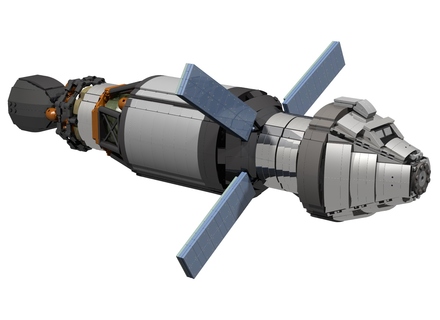 Orion spacecraft returned safely to Earth this morning following a perfect test mission. Orion lifted off from Cape Canaveral at 7:05 a.m. EST (12:05 UTC). After two orbits, it splashed down into the Pacific Ocean at 11:29 a.m., about 1,000 kilometers southwest of San Diego. But this is only the beginning of an adventure that will take us to Mars. Congratulations NASA!

Orion is in orbit

Orion is in orbit after a successful launch from Florida. Now the cryogenic propulsion stage lift Orion to a peak altitude of 3600 miles. Go Orion!

100 Supporters! I hope the launch of the Orion will be a success today

The project reach 100 supporters. Orion is ready to lift off at Cape Canaveral. I hope the mission a success and in the next years, men and women give a new big step for humankind in Mars. 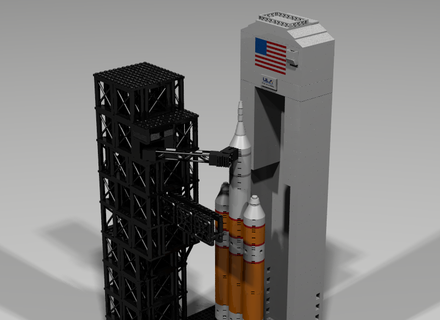 The Orion Test Flight postponed for 24 hrs. We must wait for another day. Safety first.

The Orion Lego Project is Ok, the NASA test is delayed. No problem, we can wait.

Awaiting the launch of Orion at Cape Canaveral

The Lego Orion Flight Test project has been successfully launched just hours before the NASA Orion is launched in Cape Canaveral. I hope that both missions success. Quoting President Kennedy:

We set sail on this new sea because there is new knowledge to be gained, and new rights to be won, and they must be won and used for the progress of all people.