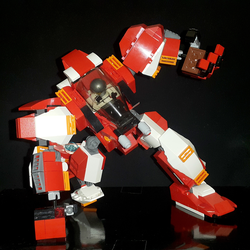 Created to battle against enemy battle robots. Its easy to build and it can do multiple poses. The robot also has a jet pack which can be docked to the back. Future will have its own battle weapon instead of just hand to hand combat.