Over 2400 thank you to everyone who supported. Hope you have enjoyed the project and the bonus builds.

If you don't mind putting stickers across bricks here a set of stickers to complete the Saturn 1B bonus build. I saw a photo posted by a fellow Ideas member JensOle82 with a set of stickers he had made and it really finishes off the model. The attached image was created at 300 DPI. The fins should be repositioned to be pairs of black and white rather than groups of four. The box around the fin number is important so please cut outside of the line when trimming them off the sheet. I used self adhesive clear film to get a gloss finish and double sided tape. The studs on the redstone tanks give you a good guide for positioning the long 'UNITED STATES' stickers. JensOle82 printed his stickers directly onto laserjet sticker paper which produced a good quality sticker without the need to protect with film or add double sided tape. 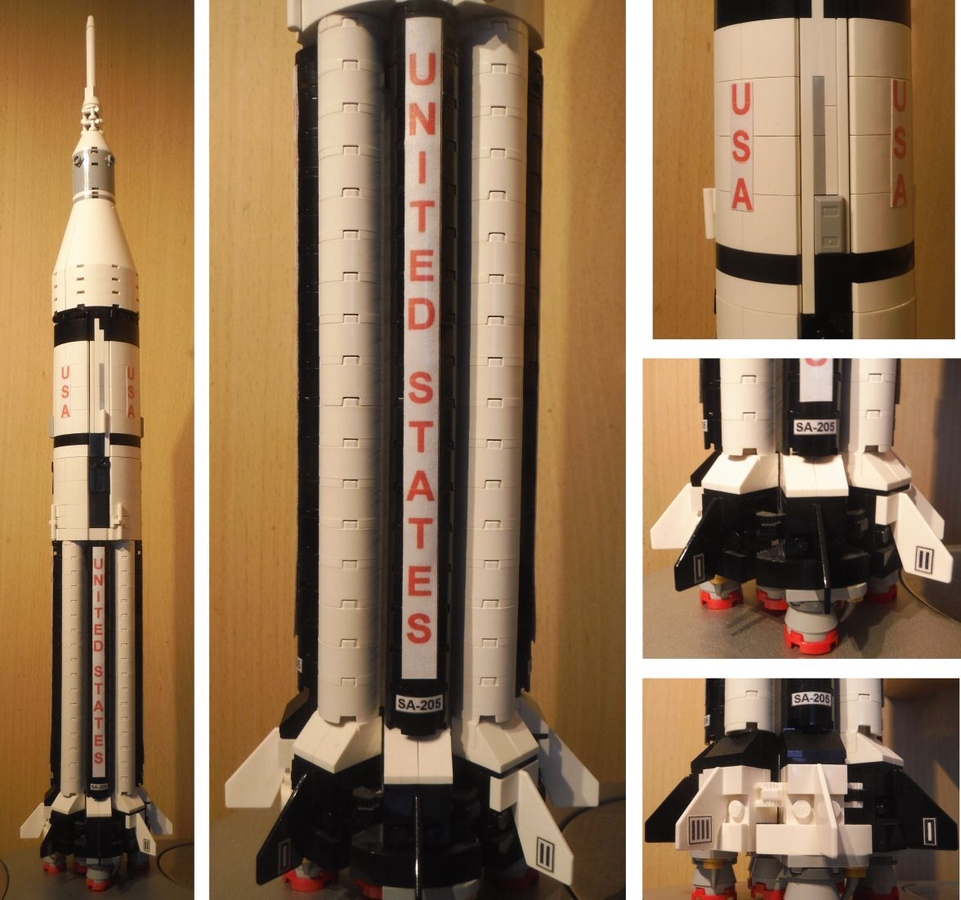 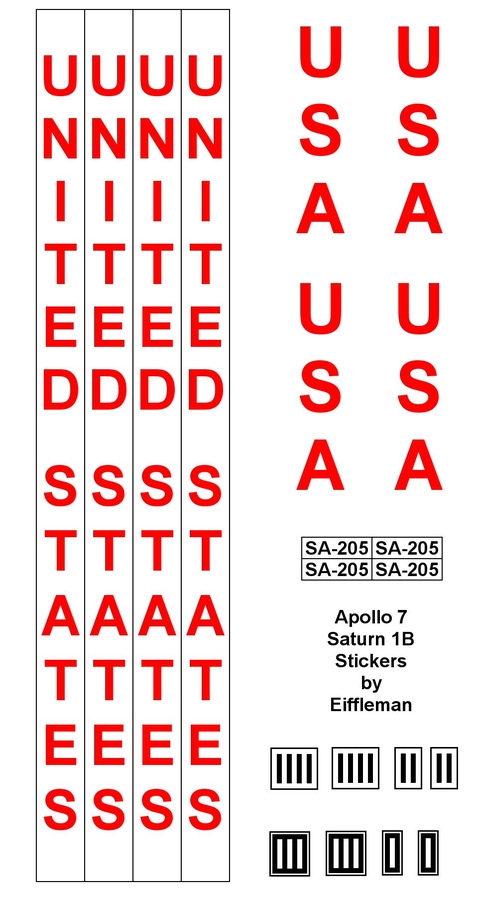 I have tried to share more than just my projects but there are many more out there. One place which has brought together many of the LEGO Ideas designers (apologies if I have missed anyone please let me know), Whatsuptoday (Saturn V, Launch Umbilical Tower, SpaceX Falcon Heavy). KingsKnight (Space Shuttle), teck_niek (Soyuz) and Luxordeathbed (Titan IIIE and Launch Pad 41), is a public Facebook group called 'Lego Saturn V mods and space builds'. Lots of other people who are designing thier own builds (mostly at 1:110). It may be worth considering joining if you want some more projects such as a Saturn 1, mods to my Saturn 1B, instructions for the Space Shuttle and LUT or just to see what other people are working on.

Building the as Flown Version Part 1

These are the build instructions for the 'as flown' Configuration. My thanks to Rockoholic109 who made me look again at the solar panel arrangement, and tech_niek for his solution to stopping the model rotating on the stand ( with only one solar panel the model is not balanced and would rotate on the stand until the wing touched the ground, a 1x2 brick and tile hold the model perfectly in place.) 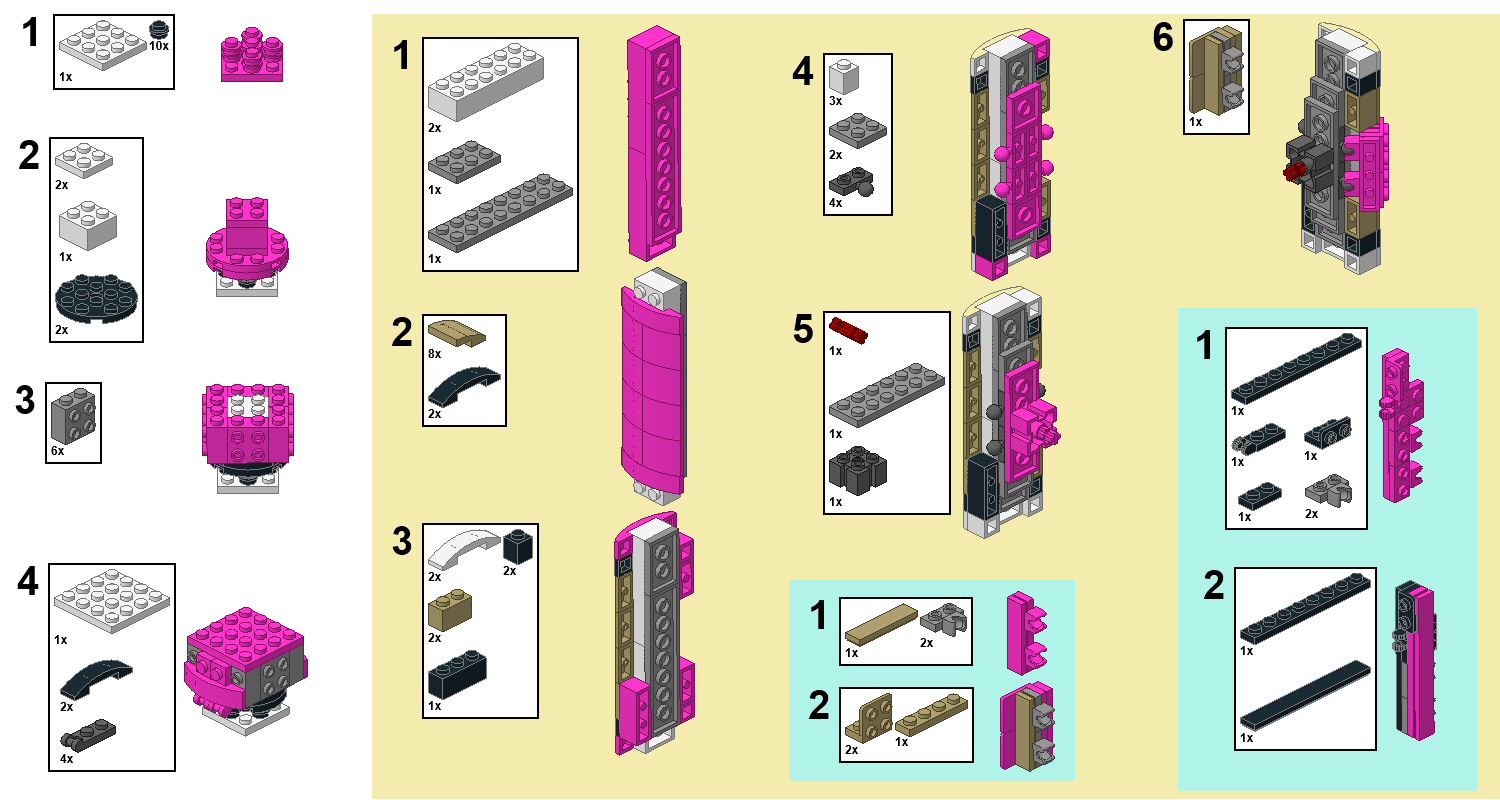 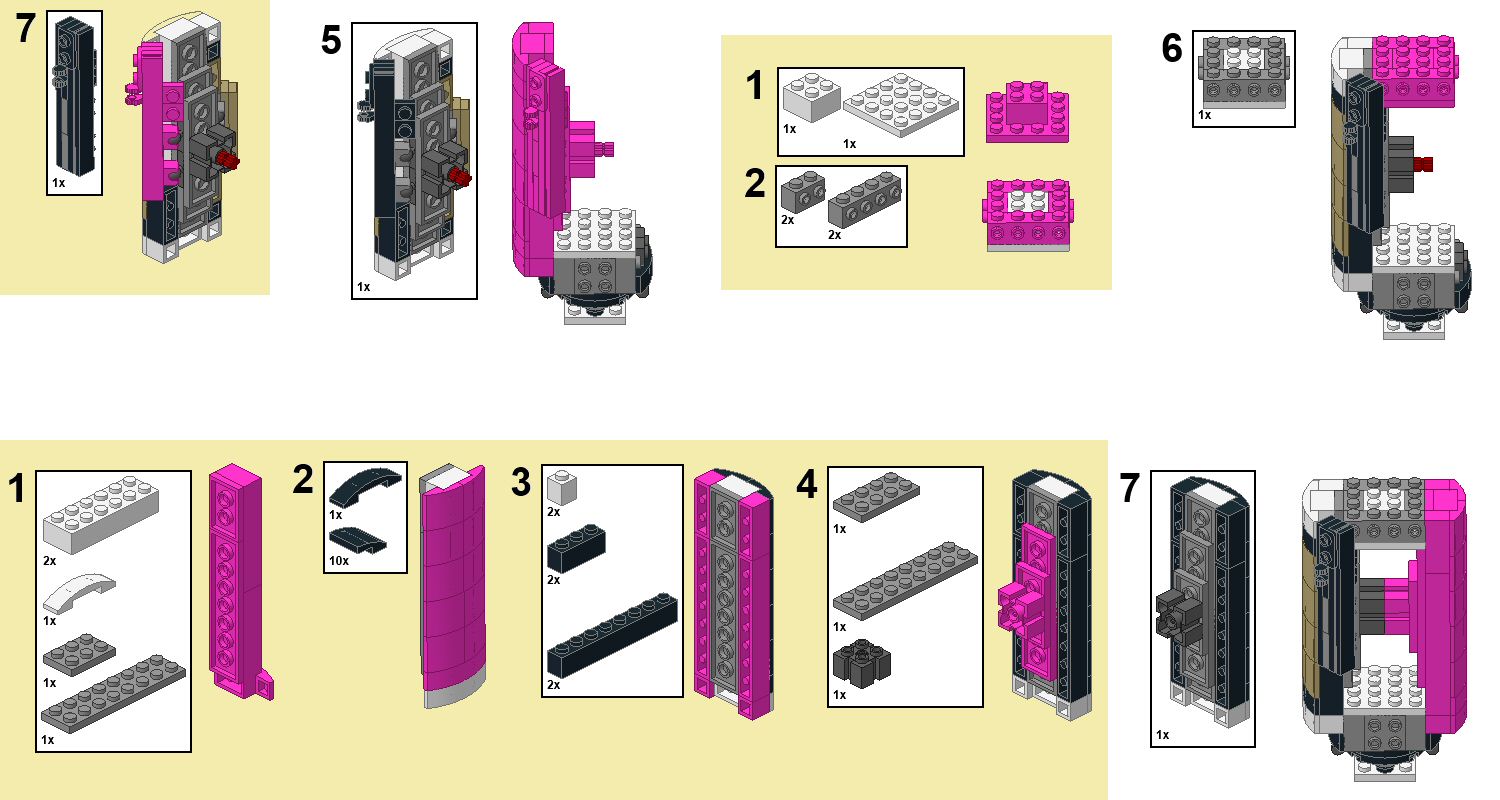 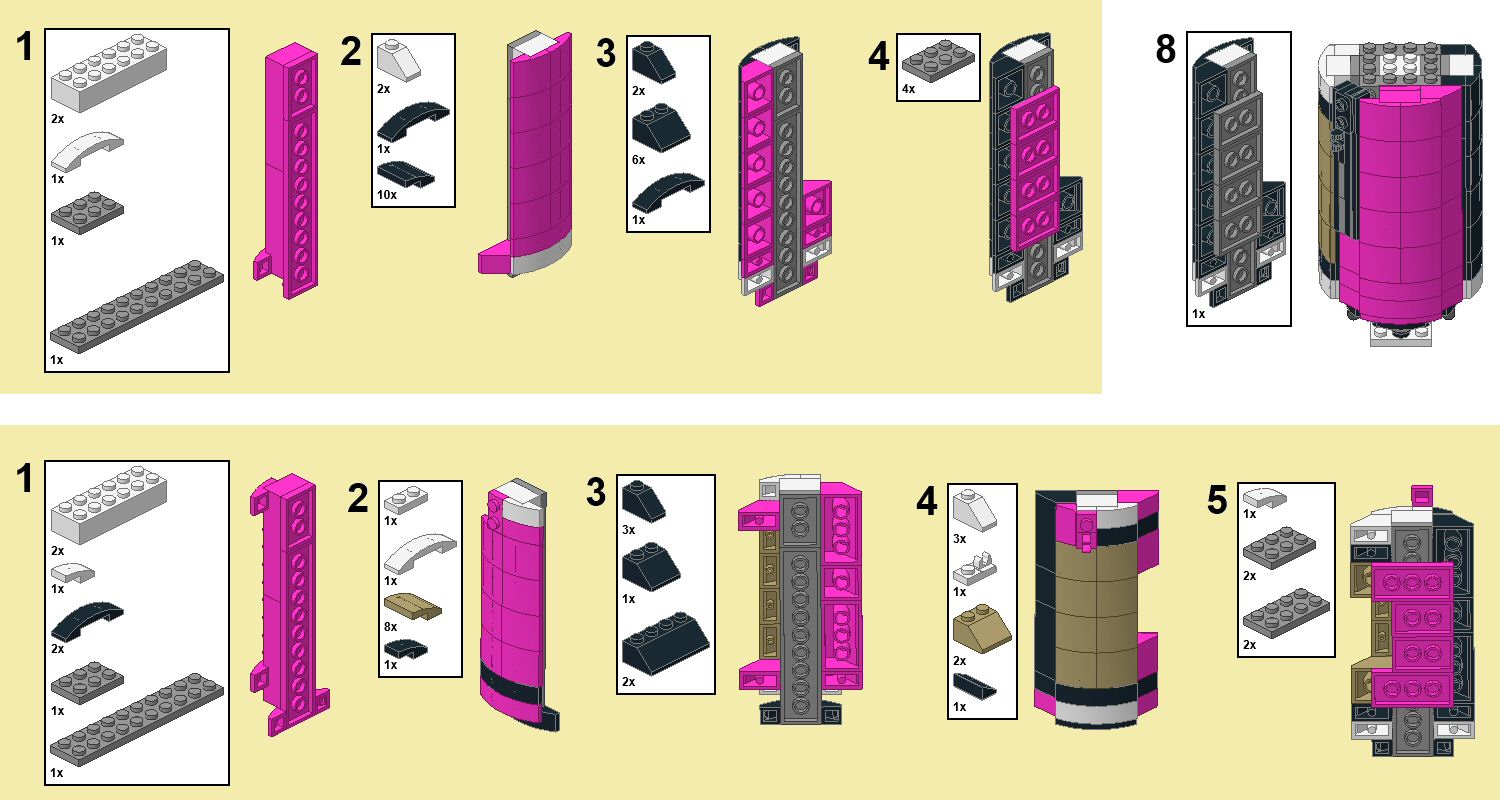 Building the as Flown Version Part 2 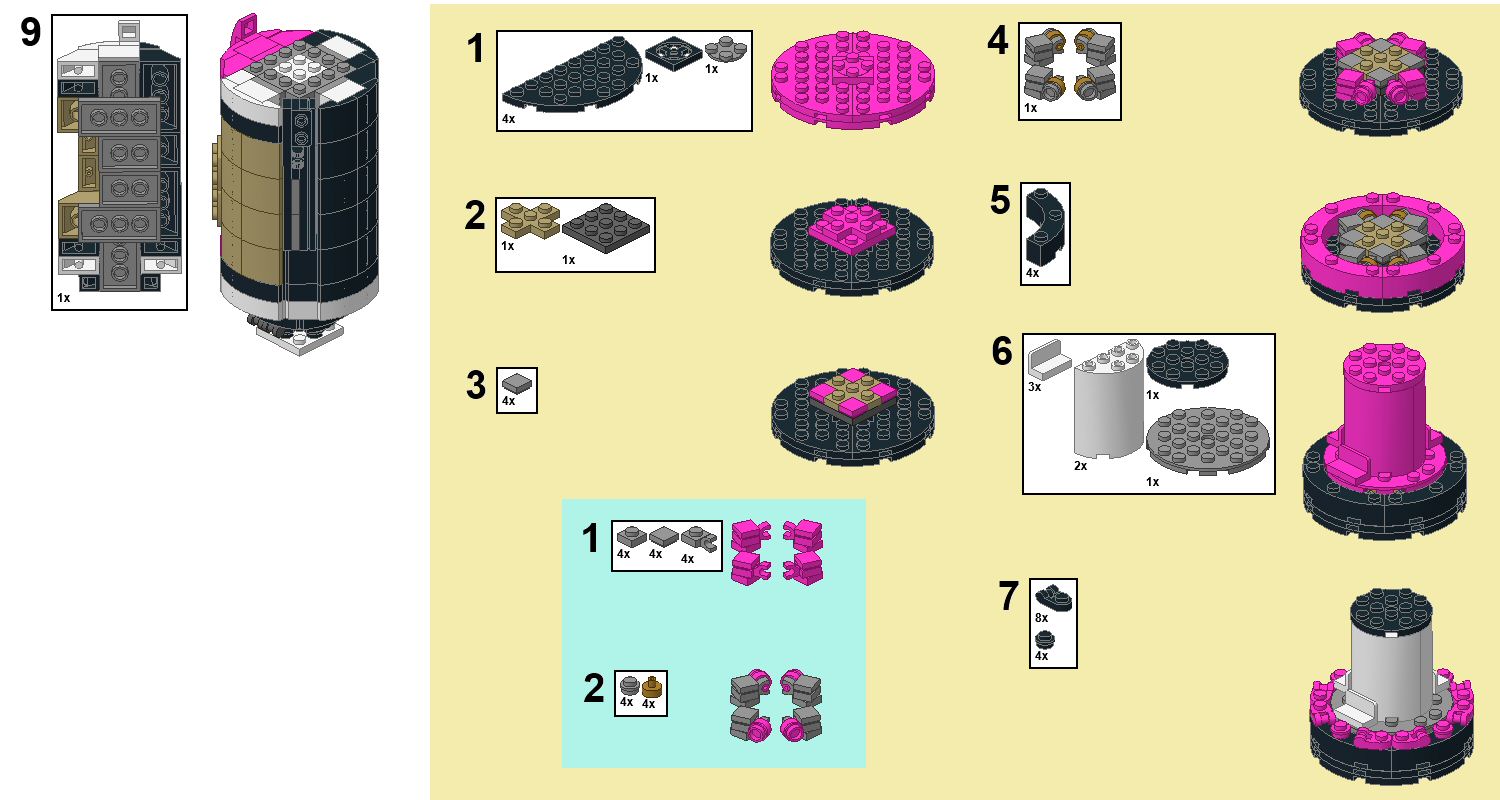 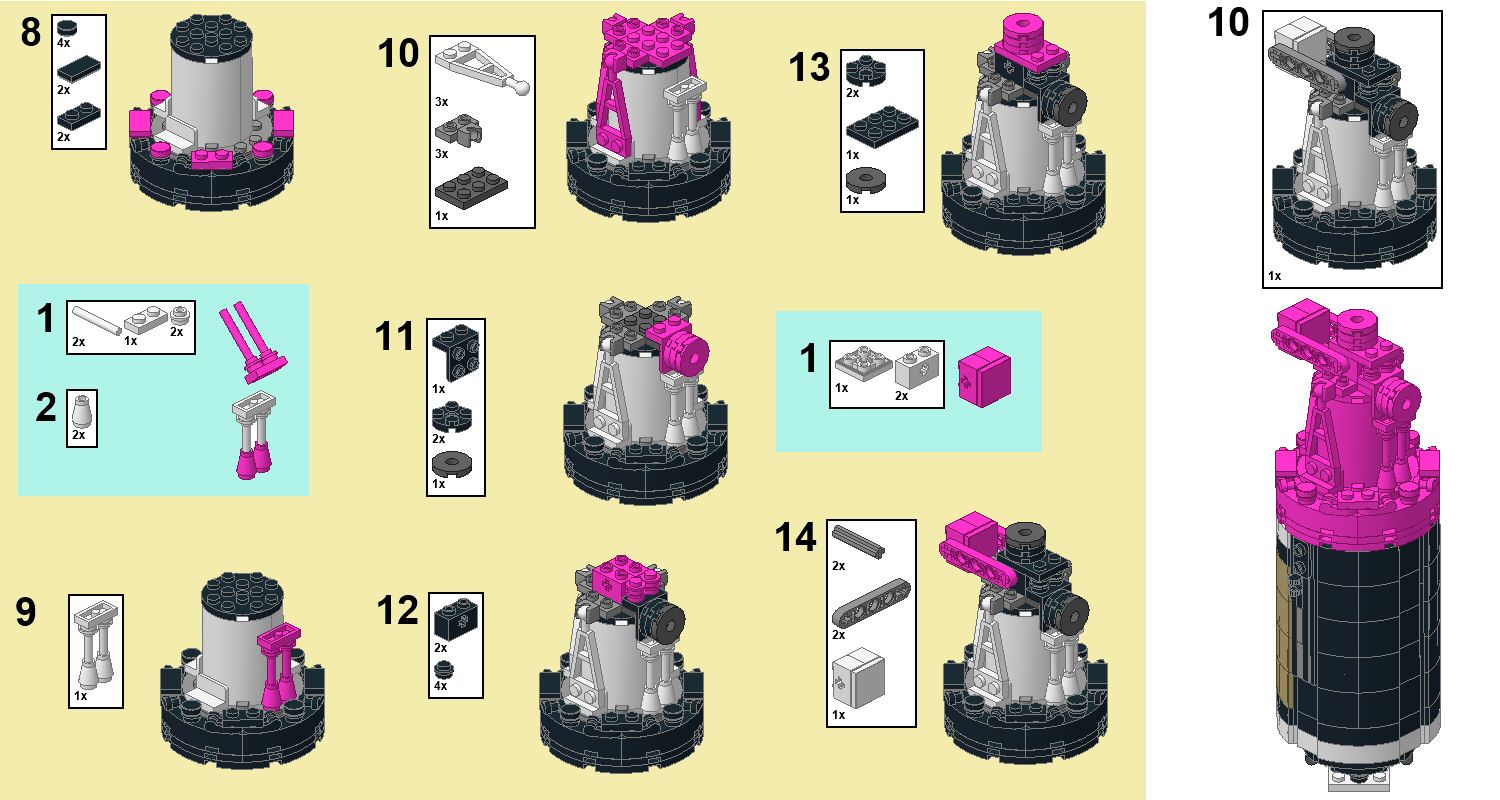 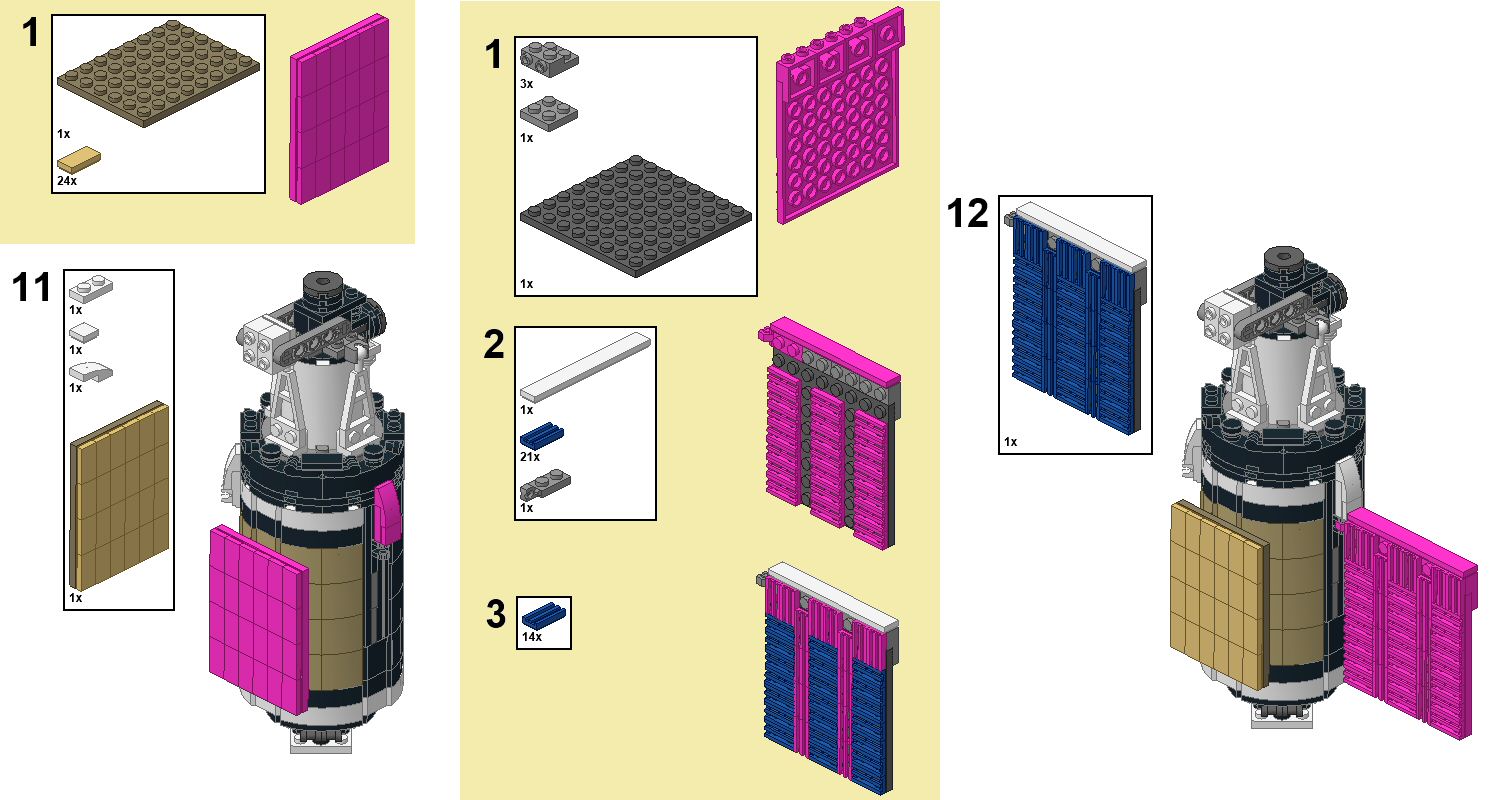 Building the as Flown Version Part 3 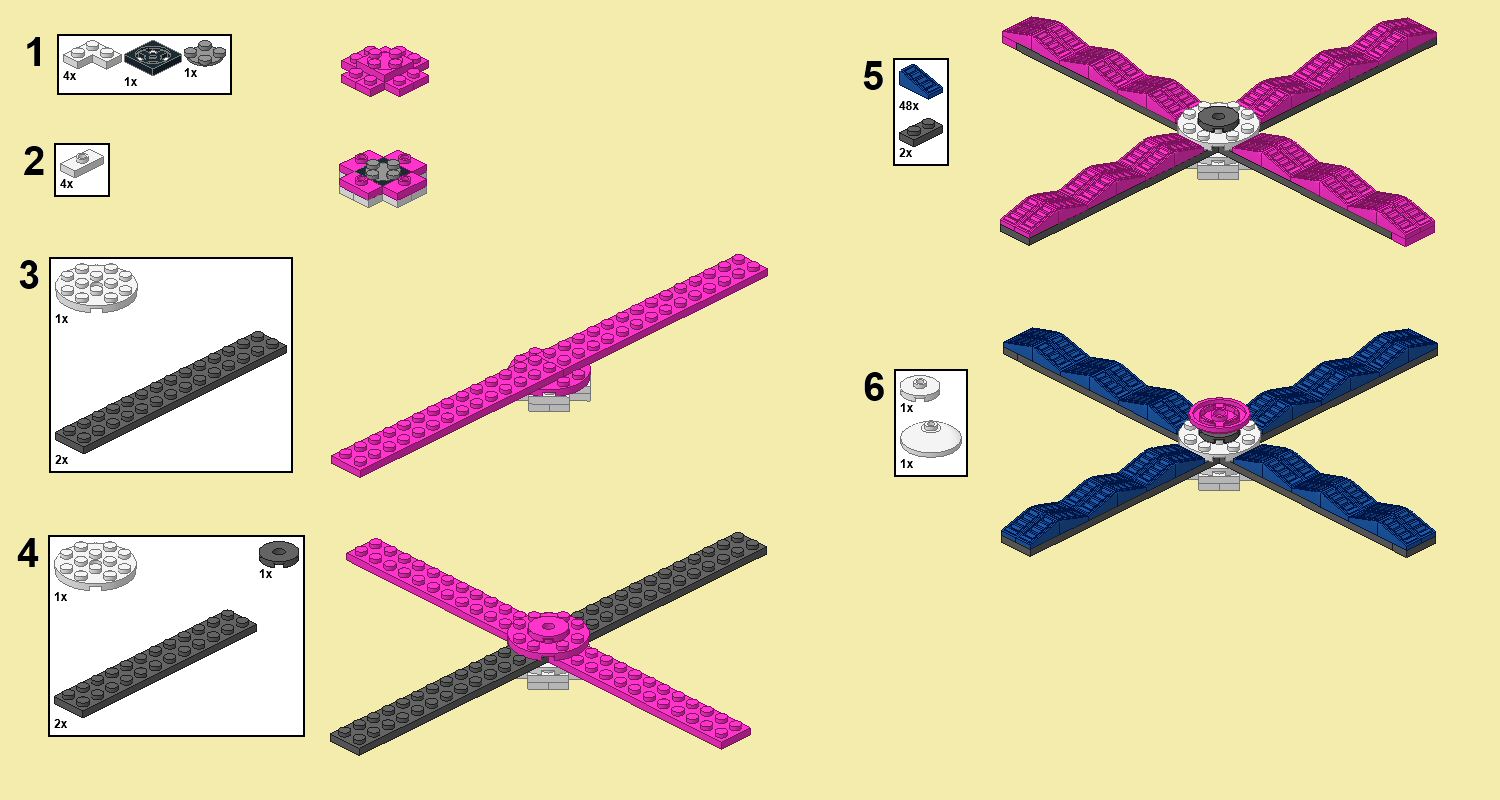 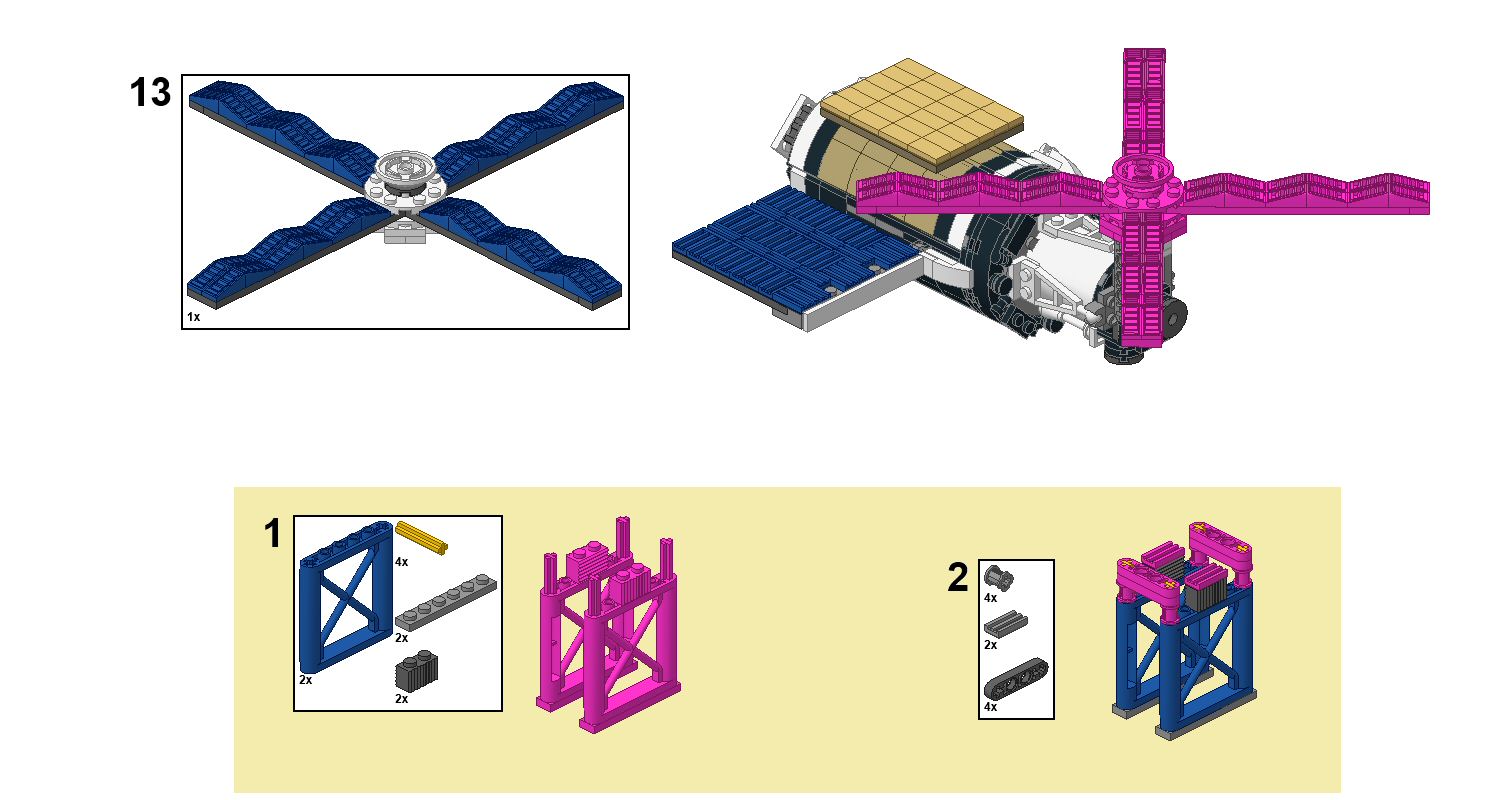 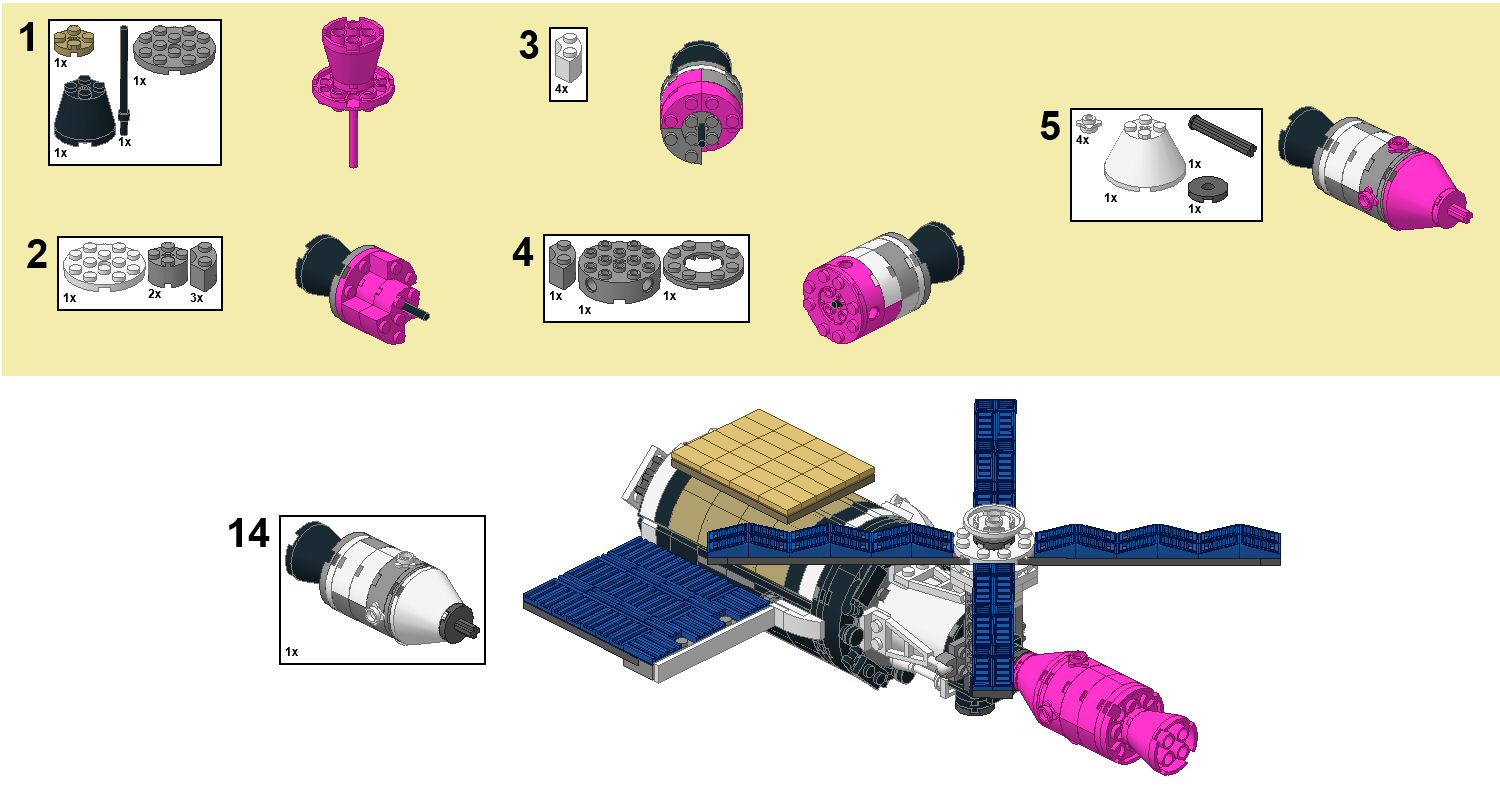 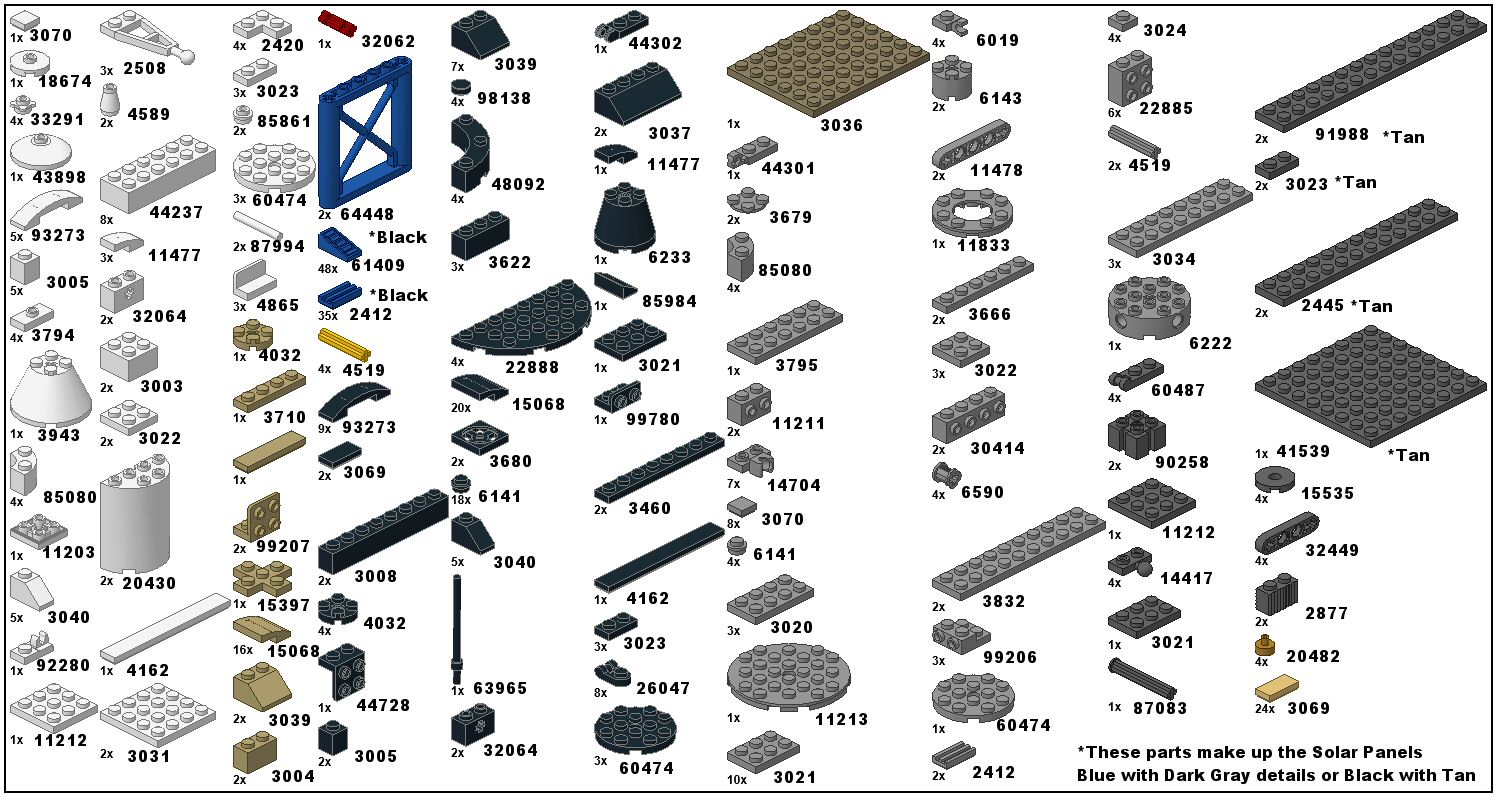 I was just finalising the build when Rockoholic109 pointed out that there should be a fairing in front of the solar panel, looking into that I also looked at the lost panel and found that the fairing was all that remained of the port side panel - it also was not directly opposite the other panel and was higher up the side of Skylab. By luck the design allowed for the panel to be mounted higher with minimal changes needed. I just had to wait a week to get all the additional parts together. You may notice that the tiles have been rearranged on the wing to give the impression of three separate sections. This meant removing the 2x4 flat tiles and using grill plates to attach the wing - not as strong but strong enough and looks much more like the real solar panel. 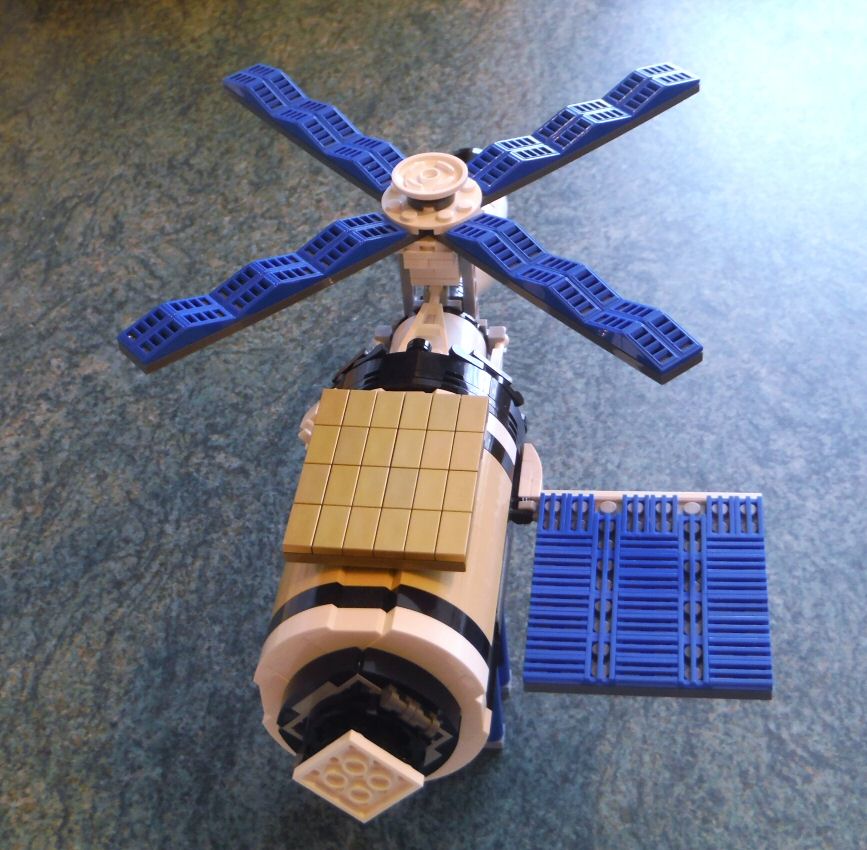 Tan pieces used where the micrometeoroid shield had detached, and gold 1x2 flat panels make up the heat shade 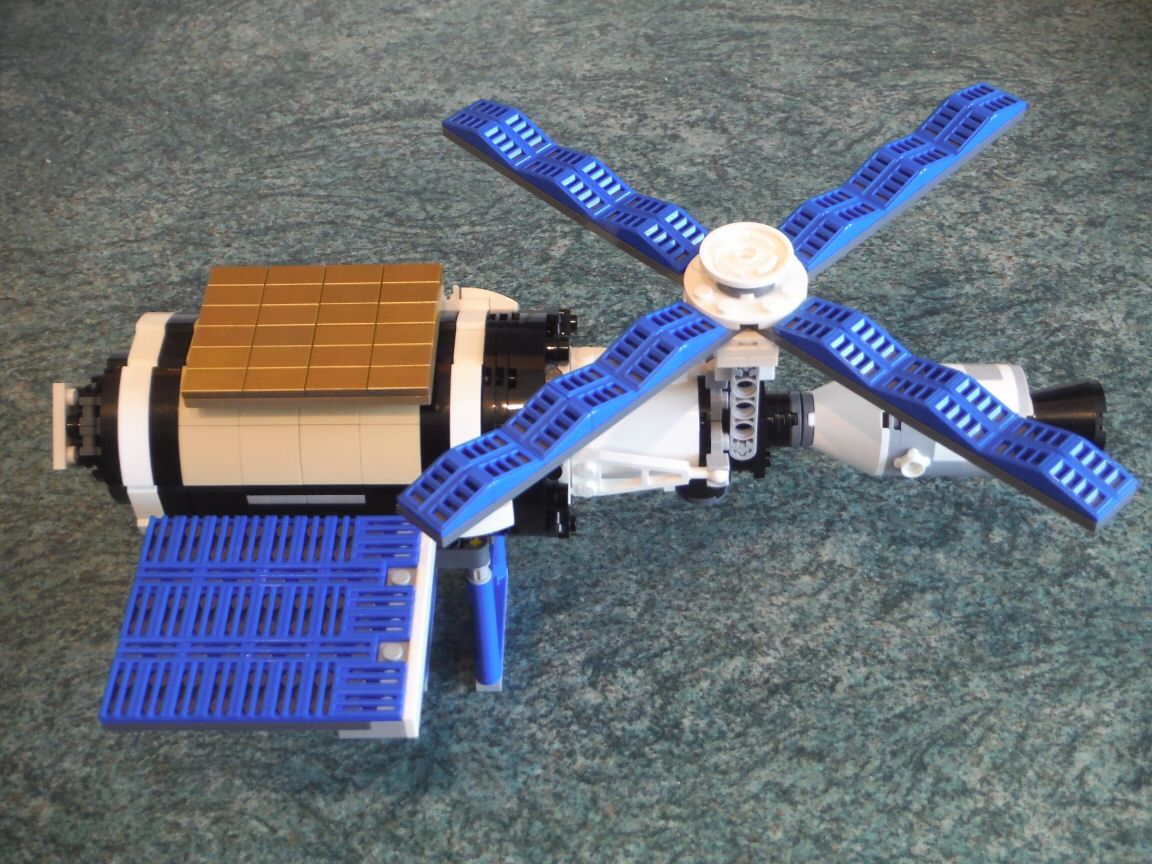 An open clip on the port side represents the cables which were left when the solar panel was ripped off during the launch.

Revised Payload version and instructions on how to build either model to follow shortly.

I was asked about the colour of the solar panels and reviewing the photos of Skylab in space that black would be more accurate - built on a tan base gives a small amount of colour detailshowing through the panel. I am also looking at including additional detail around the front section to represent the supporting structure. It all need to be test built but please comment on the colour choices. 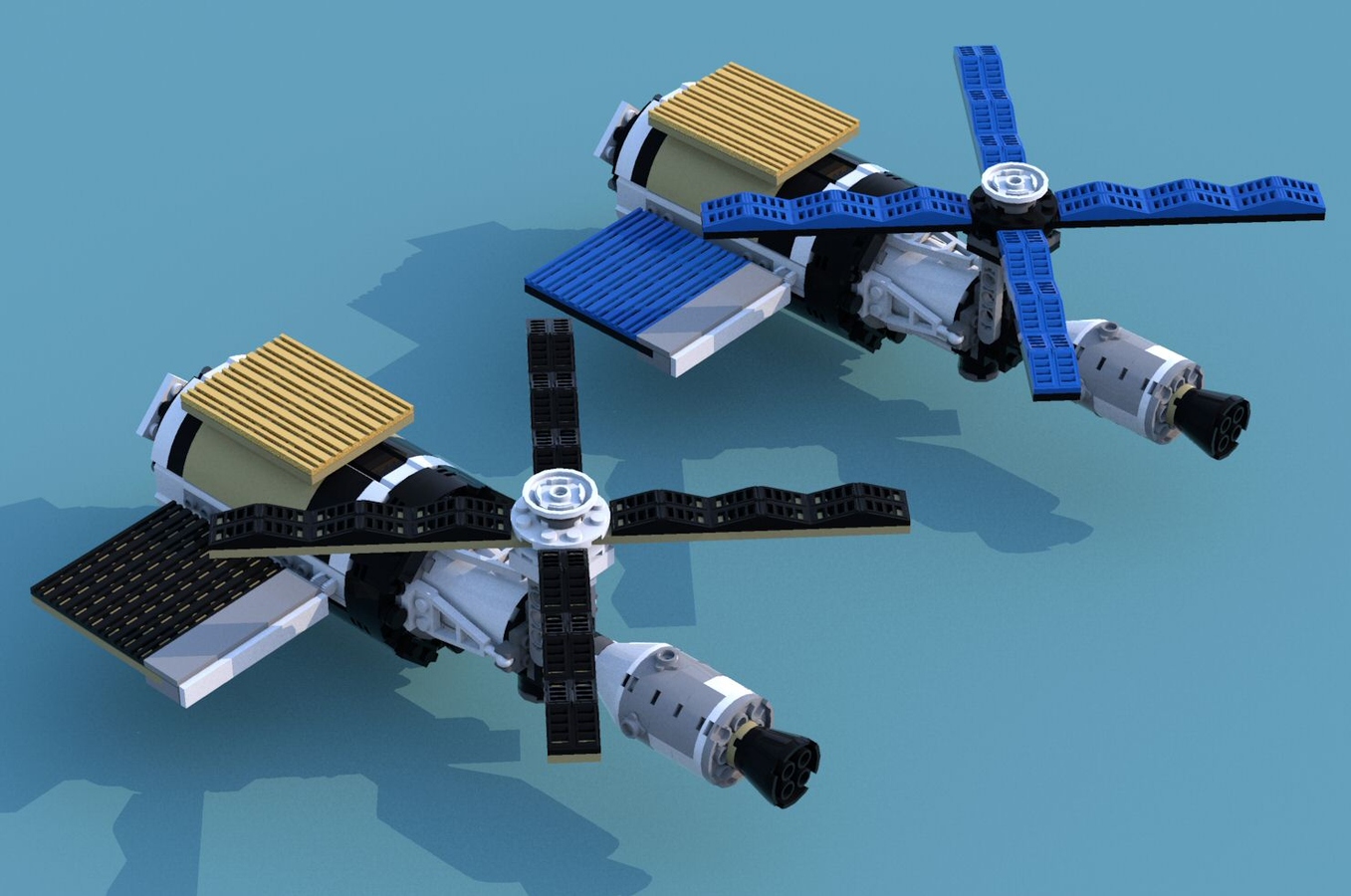 You built Skylab...you have a second Saturn V...built the Saturn 1B for your 'spare' third stage...what to do with your second LEM and printed Command Module? If you haven't done all of that this is also an alternate display model for the LEM and CM. 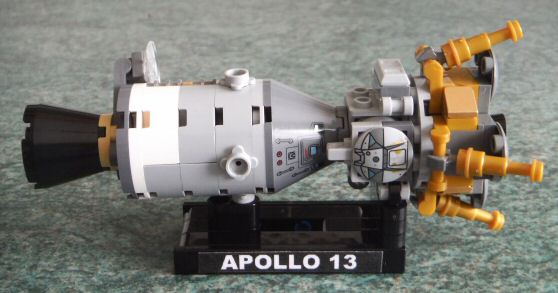 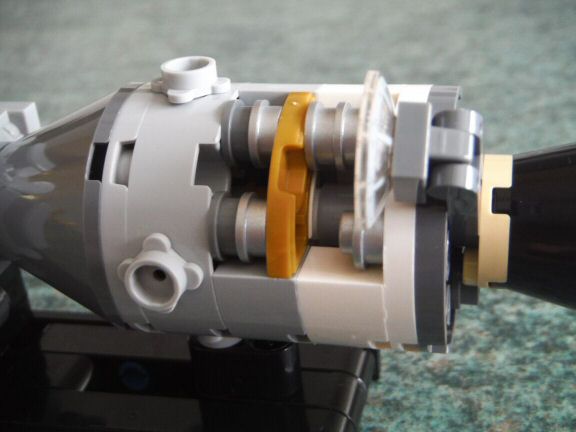 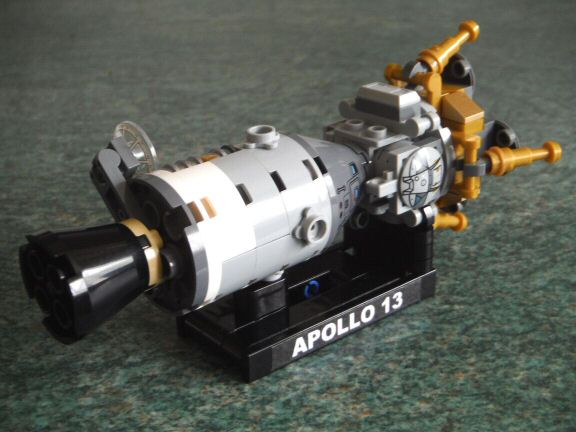 Apollo 13 was the seventh manned mission in the Apollo Space Programme and the third intended to land on the Moon. Apollo 13 lifted off  on April 11, 1970, at 14:13 EST from the Kennedy Space Center, Florida. Commanded by James A Lovell with John L. 'Jack' Swigert as Command Module Pilot and Fred W. Haise as Lunar Module Pilot. On the 13 April a routine instruction from Mission Control resulted in an oxygen tank exploding, which crippled the Service Module. Oxygen vented into space, power to the Command Module was severely limited, there was a loss of cabin heat and a shortage of drinking water. The LEM became a lifeboat and the crew returned safely to Earth on April 17, 1970.

This small desktop model uses just 66 parts in addition to the LEM and printed Command Module which comes with the Saturn V. There is a small modification to the LEM which adds pieces to represent the lower leg connections to the decent stage. Although not connected to the leg this gives something to help you set the angle of the legs. (Note that photographs of the LEM after it was jettisoned from the Command Module showed the legs extended for landing.)

To try and give the appearance that a thin outer skin has been lost I used the 2x2 curved tile to look like one of the internal frames of the CSM. I used the 2x2 transparent dish with the Tie Fighter cockpit print to represent the Deep Space high-gain antenna. There is also a centre column of 1x1 bricks and studs which allows you to see inside the Service Module. There are six silver studs in the exposed interior.

The build instructions include a display stand and graphics to go on either side, APOLLO 13 and the call signs of the LEM (Aquarious) and Command Module (Odyssey).

The LEM and Command Module are shown in yellow in the build instructions and the parts list is for the additional pieces required to make the display only.

Finally - thank you to anthonykovacs who's own Apollo 13 CSM inspired me into researching and designing this bonus build. 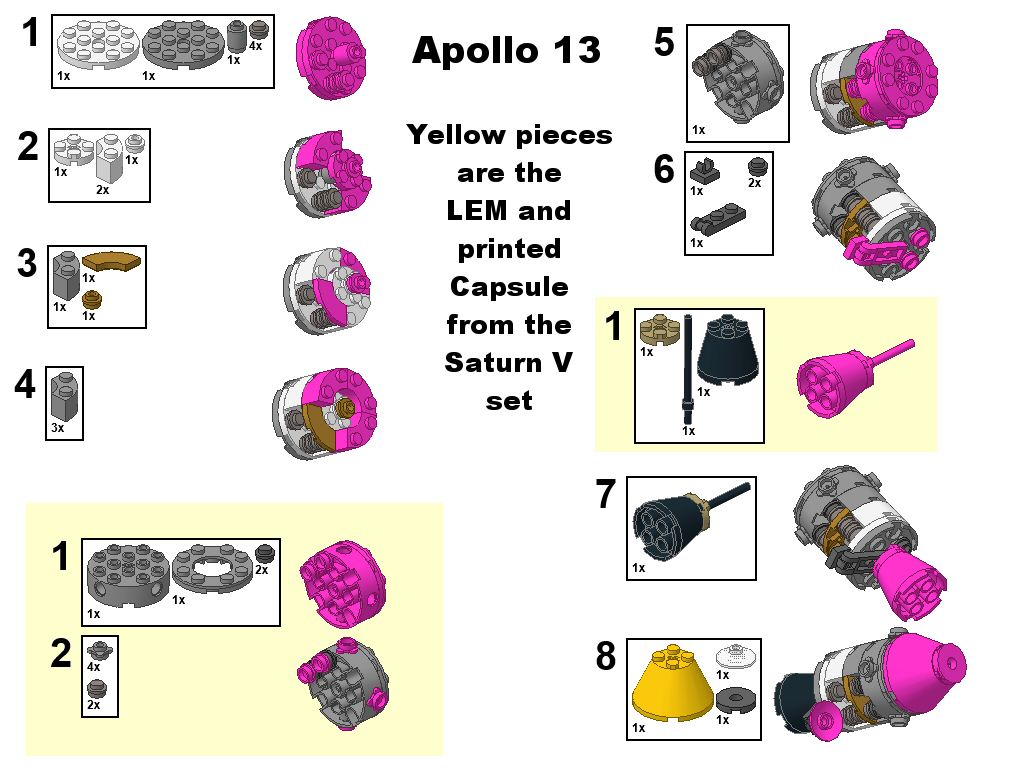 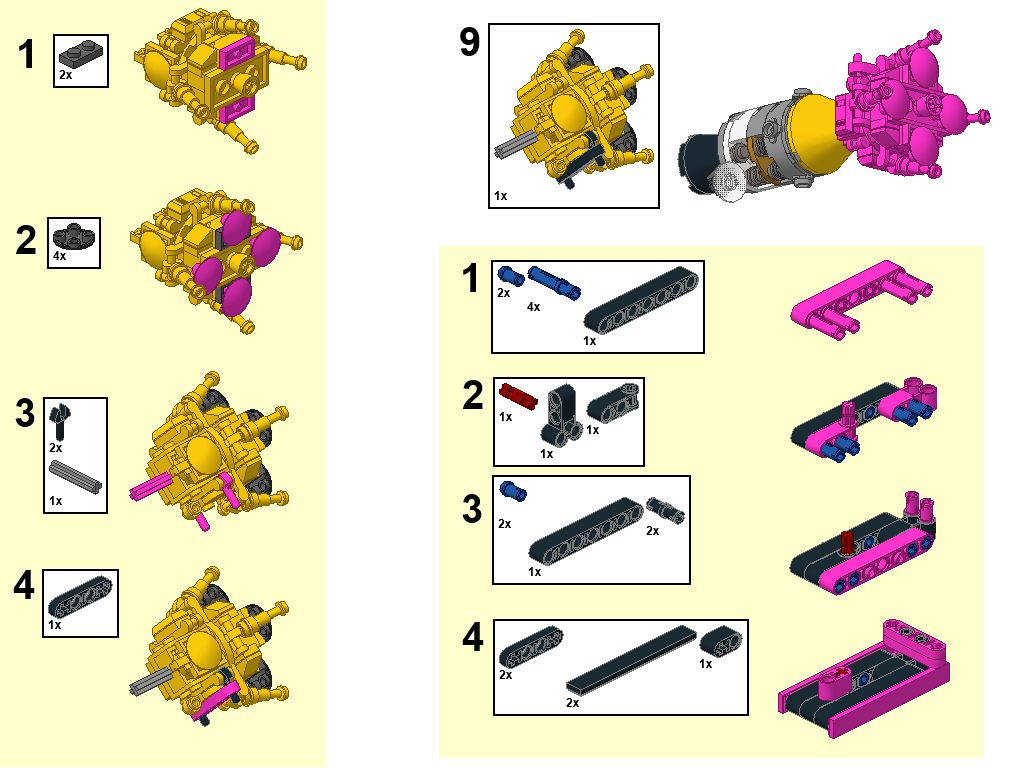 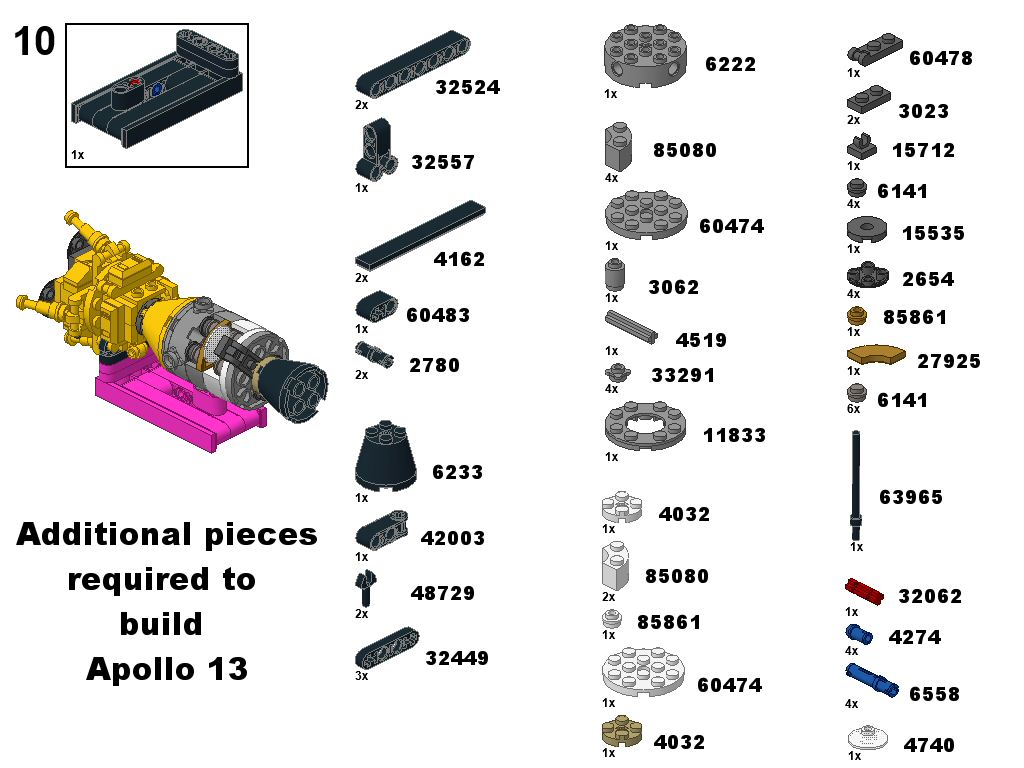 Building Instructions and a parts list for an undamaged Service Module and graphics for each of the lunar landing missions. Parts list includes the pieces for the display stand and the modification to the LEM (see above for details) 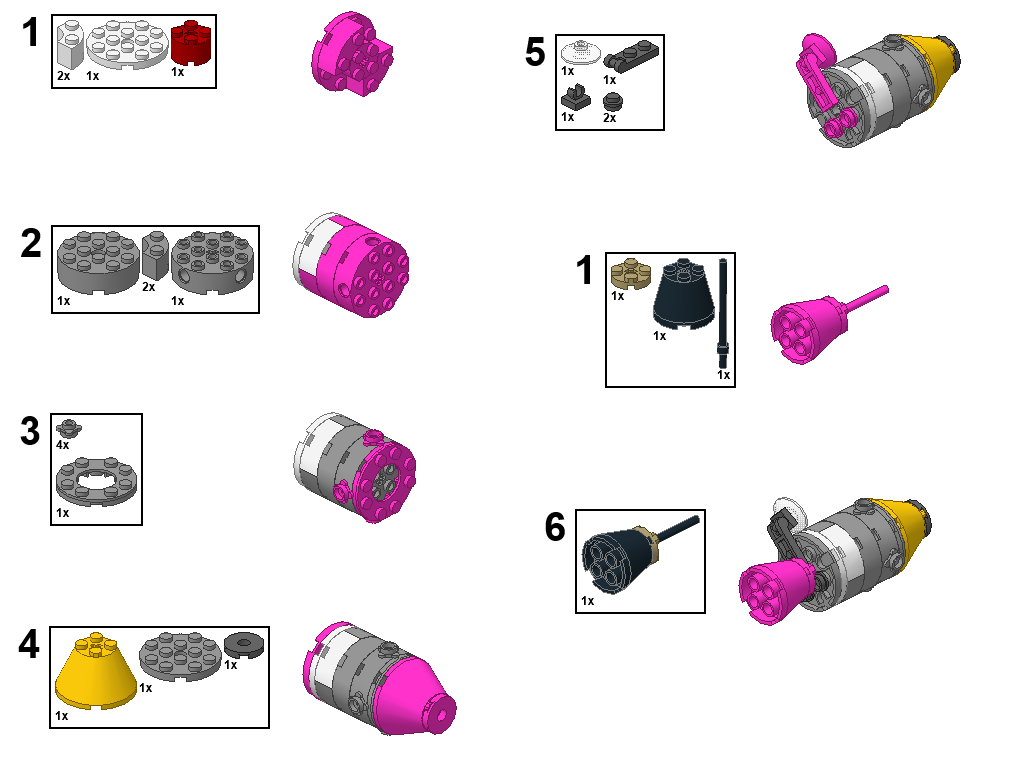 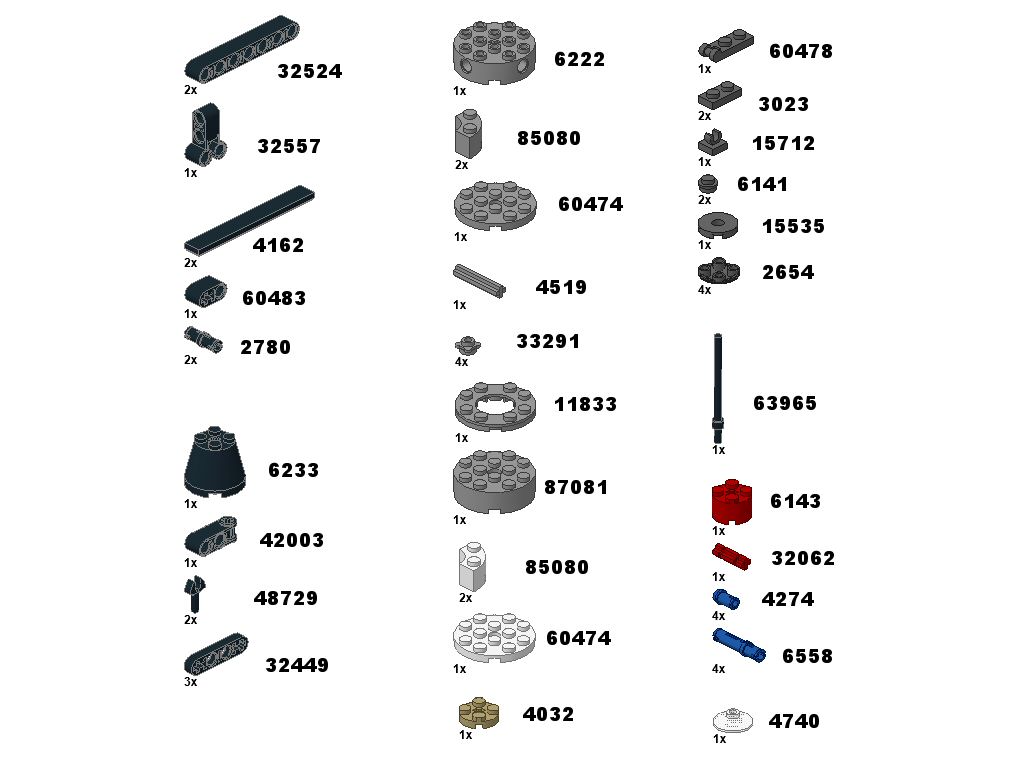 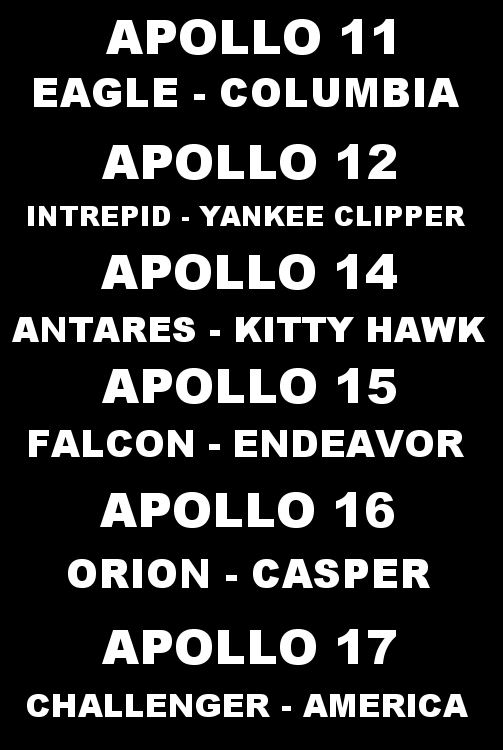 Improvement to the Saturn 1B

Thanks to tech_niek who has come up with an improvement to the Saturn 1B build. It creates a stronger connection at the with the central tank and all eight of the Redstone tanks. If you already have the model and would like to make the change it is a relatively easy modification to retrofit.  It's not an essential modification, it is an internal change and does not alter the appearance of the finished model but it does remove a weak connection from the build.

Changes to the Saturn 1B instructions

2. In the sub assembly for step 25 - do not attach the two 4x4 circular plates or 2x2 plate with snap to the top of the tank

4. Attach the tank top assembly to the top of the 4x4 tank and the four black Redstones

5. Step 27 is already incorporated into the tank top assembly.

7. The sub-assembly for step 30 should be build directly onto the model - note that the 4x4 circular plate in sub-assembly step 1 is already part of the tank top assembly. 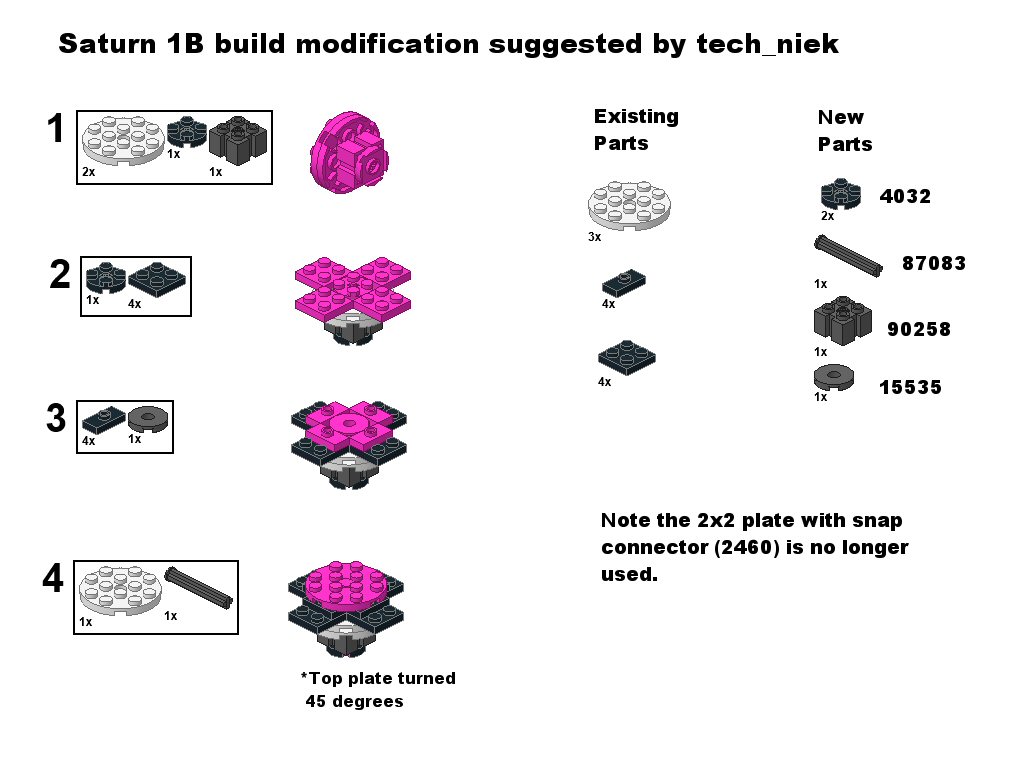