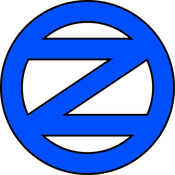 This is the Elegant Dance Platform. It is similar to a music box with the dancing figures, but this one is made out of LEGO pieces, with a few extra features. This Dance Platform allows pairs of minifigures to dance around in a circle, as well as orbit a central point, which resembles some Waltz dances.

The Platform Operated by a Crank:

The Platform Operated by LEGO Power Functions, and Opened Up:

The frame of the box is brown to resemble wood, and the outside is embellished with a nice dark blue, medium azure, and warm gold color pattern. The shape of the panels are rectanglular with two rounded corners. The main tan floor is raised two plates high to give the floor some extra elevation.

The tan floor use Studs-Not-On-Top techniques to put the tan quarter arch pieces on their side and closely make a circular hole. The insides of the hole between the minifigure pedestals are filled in as much as they can to remove as many gaps possible.

The Elegant Dance Platform can have its panels removed and reassembled into a beautiful square with a couple rounded edges on each corner. It can be placed on top of the frame and because it is two plates thick, it lines up perfectly with the main floor. This gives the model some more playability, as the panels have studs thanks to the warm gold 2x2 plates, which allows minifigures to stand on it. This extra feature adds in another dimension of playablility by allowing storytelling. Perhaps this could be the floor of a ballroom for a fantasy story.

Extra pieces are included in the model to allow up to four pairs of minifigures to dance, round 2x2 tan tiles to fill in non-vacant spaces on the dance floor, and extra tiles to fill in the hole that the crank originally sticks out of. They are contained in a box so that no one will lose them.

As an option, the entire model can be operated with the LEGO Power Functions System using a battery box and a Medium motor. I do not expect this to be included in the final set.