HMS Beagle: A Voyage of Researches

Between 1831 and 1836, the survey ship HMS Beagle and its crew made an exploration trip around the world. Although the main goal of the voyage was to map the southern tip of South America, this trip was much greater importance to science, as one of the passengers was Charles Darwin.

This Lego project consist in the HMS Beagle at minifig scale and three vignettes with key moments of the voyage. It features 8 minifigs, including Charles Darwin and Captain Fitzroy.

The HMS Beagle was built with great detail and as accurately as possible, using 2024 pieces. 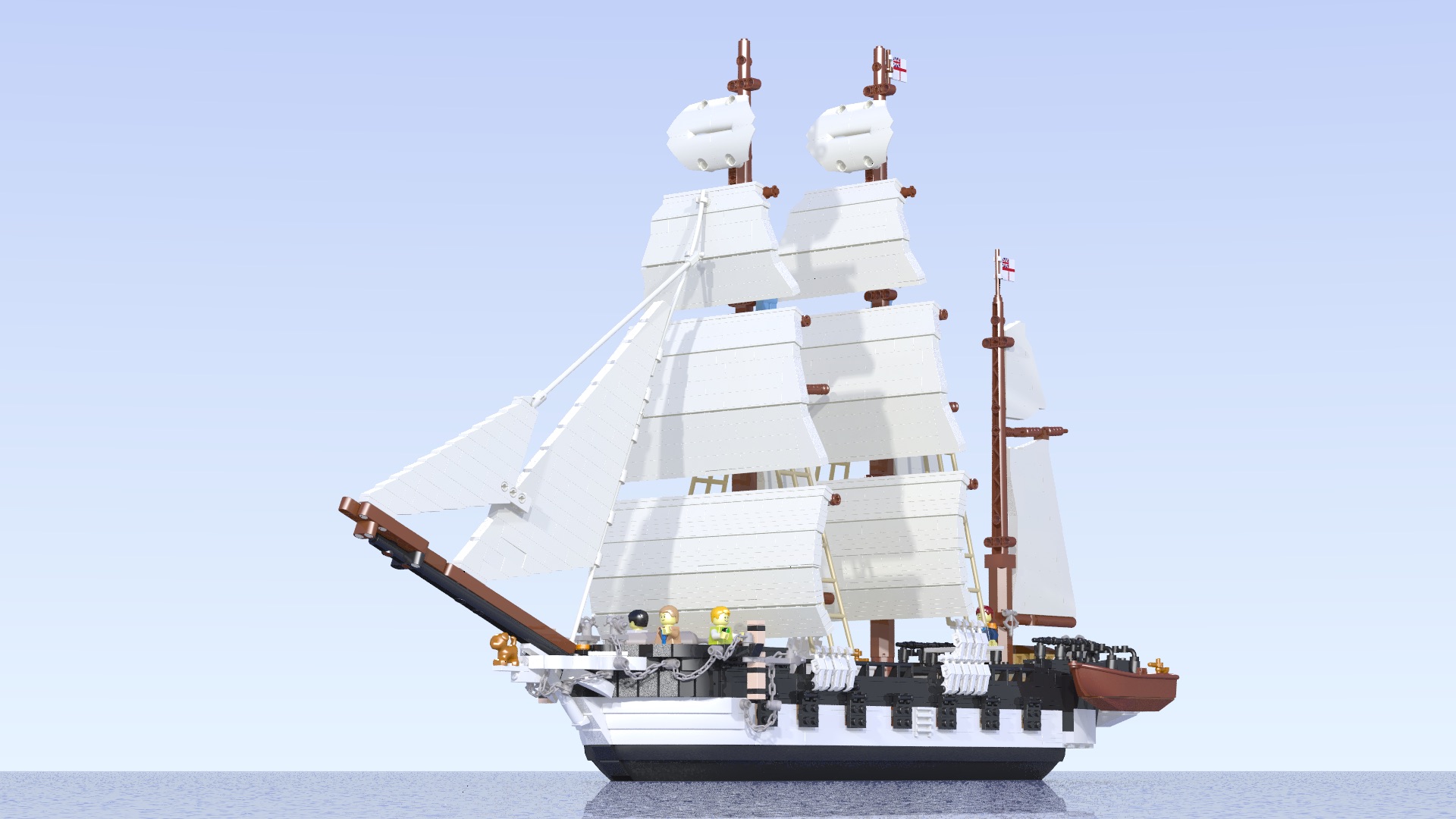 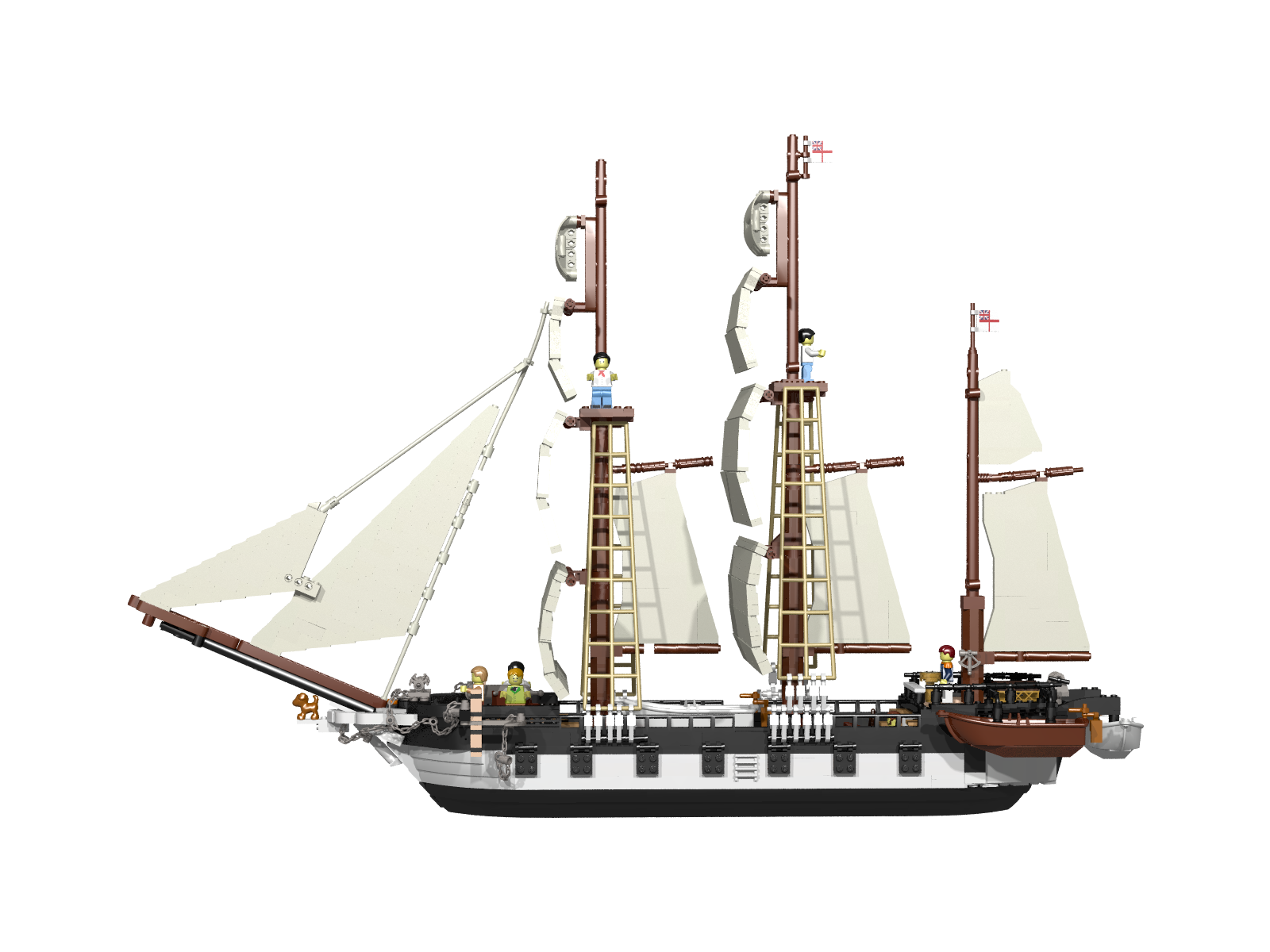 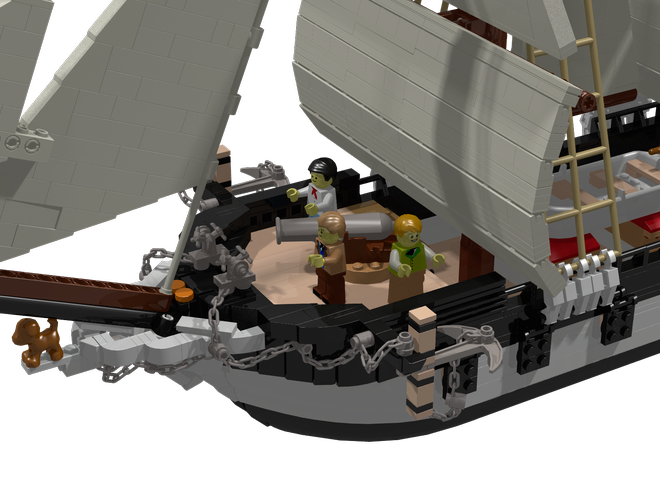 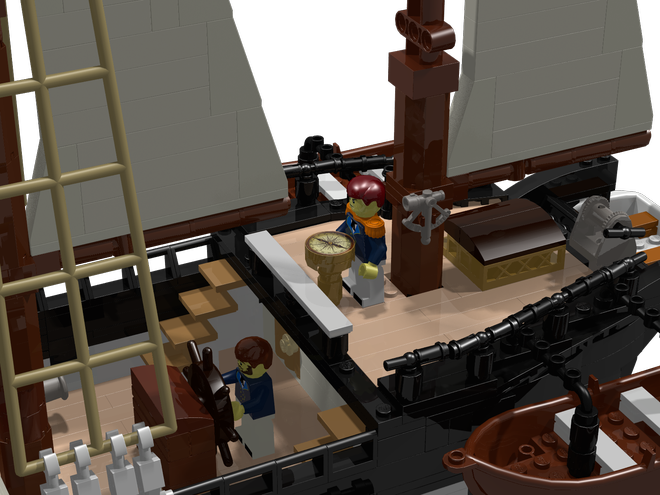 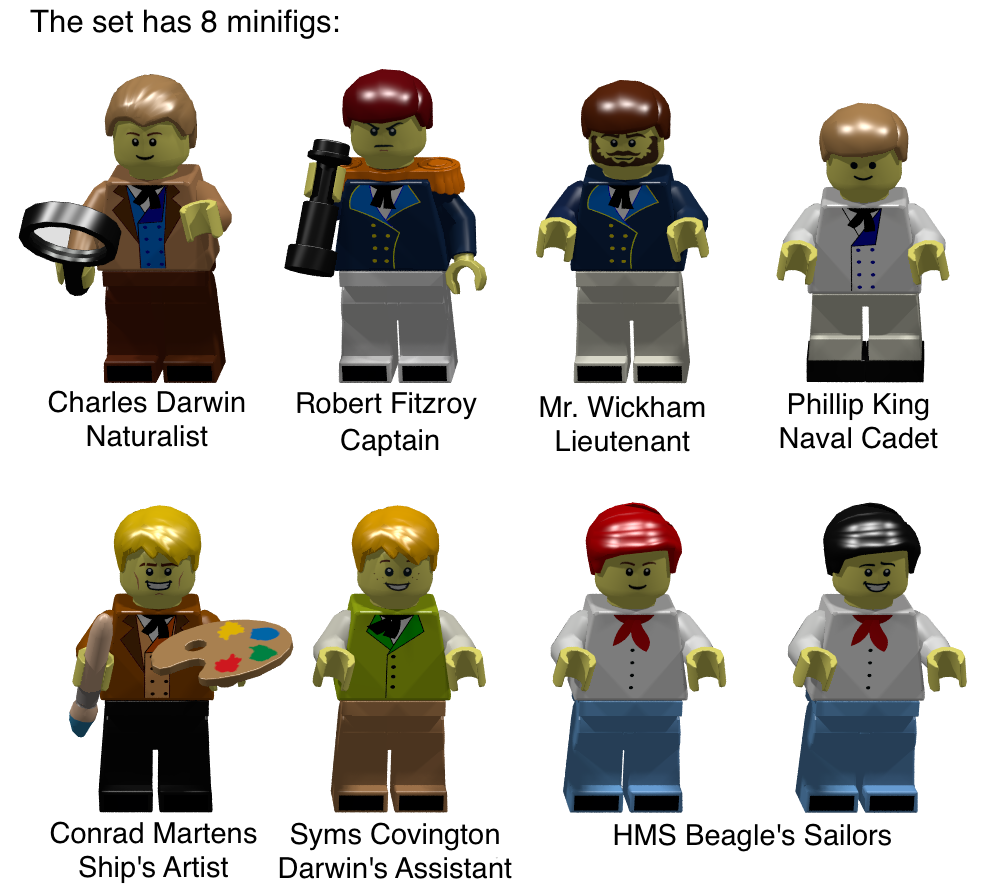 During the voyage Darwin made multiple field research in the areas of zoology, botany, paleontology and geology and sent letters with his findings and collected specimens to England. When Darwin returned to England, he was considered a experienced scientist and researcher.

The set includes three vignettes, each showing a key moment of the observations and discoveries made by Darwin in the voyage:

1) Discovery of fossils in Patagonia, Argentina. In the vignette we can see Darwin studying the fossil skull of a Megatherium, a giant extinct mammal.

2) Study of the geology of the Andes Mountains, Chile. Darwin found fossils of marine animals high in the mountains. Also you can see a Vinchuca Bug (a big black bug that sucked Darwin´s blood).

3) Observations on the diversity of animals and plants in the Galapagos Islands in the Pacific Ocean. In the vignette we can see Darwin riding a giant Galapagos tortoise. You can also see a finch and a cactus flowering. 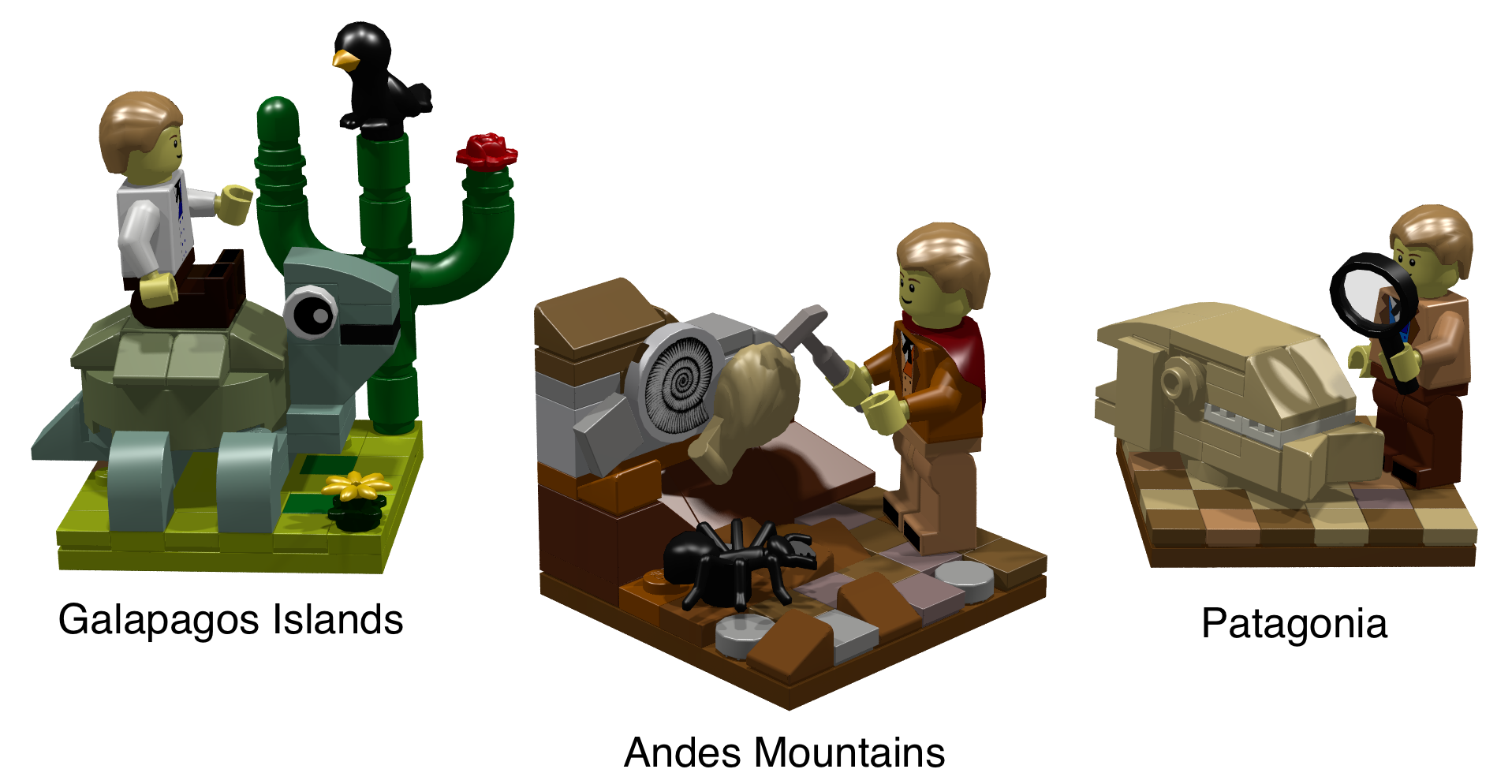 The Lego model of the Beagle has a secret compartment, the back of the boat can be opened and it exposes the captain Fitzroy's cabin. 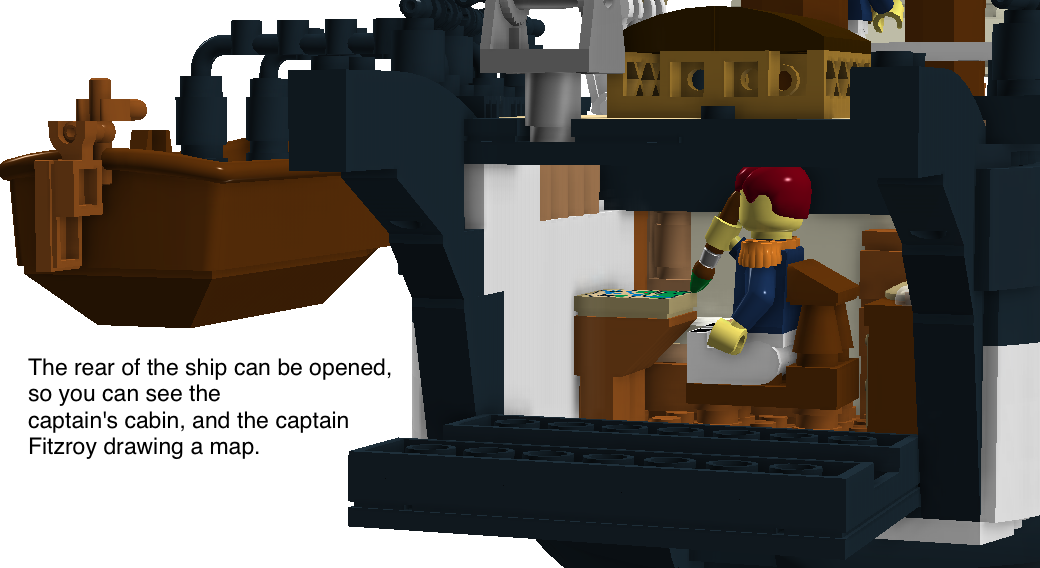 Because of the high historical, scientific and educational importance of the theme, I think this set would be a great addition to collections of Lego, and both kids and adults could learn a lot while they play, evoking the travel of these great explorers of the nineteenth century, whose discoveries changed the way we understand nature.

The inspiration for the vignettes come from reading the book "A Naturalist´s Voyage Round the World: The Voyage of the Beagle" by Charles Darwin. The main source of information and diagrams on this ship was the book “HMS Beagle: Anatomy of the ship”, by Karl Heinz Marquardt.

Thank you for viewing this project. Comments and suggestions are very important to me. If you like the project, please support it. Thank You

Note about the sails. I made sails with bricks because LDD don’t  have canvas sails option, but if the project becomes approved, I think the model would be more stable if used canvas sails, plus more than 700 bricks would be saved, and the set would be cheaper and more accessible. 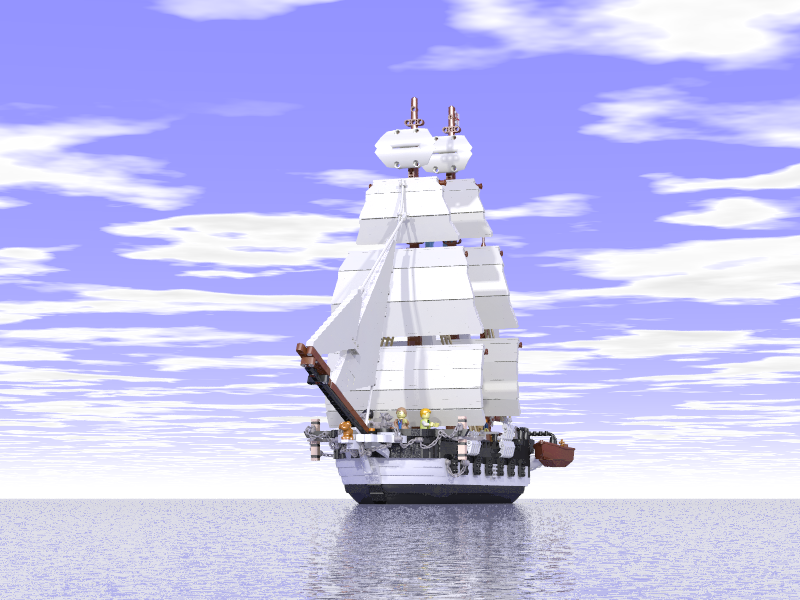