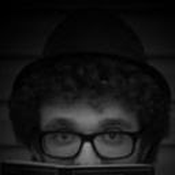 Mr. Barnstorm's circus is back in town again.  However, there is one unwanted addition to the circus crew; the Ghost Clown.  The main trick up the Ghost Clown's sleeve is hypnosis, putting guests in dangerous situations.  It's up to Scooby and the gang to stop this phantasm before someone gets hurt.

When the gang is called to the County Museum to investigate missing paintings, they come across a suit of black armor.  According to certain legends, the armor comes to life under the light of a full moon.  Staying over night to catch the painting thief seemed like a good idea at the time.  That is, until they realize the legends were more true then they originally thought.  Can the gang survive the Knight?

Redbeard was an infamous pirate who sailed the seven seas, searching for treasure.  After being brought to Justice by Mr. Magnus' ancestors, Redbeard swore revenge.  As years passed, the story of Redbeard became legend.  Suddenly, multiple freighter ships are being raided by a pirate claiming to be the Ghost of Redbeard.  Is Redbeard exacting his revenge from the grave.  It's up to Mystery Inc. to findf out!

Support if you enjoy!