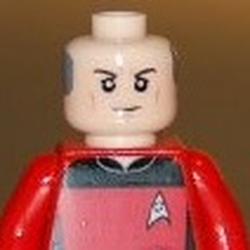 "Hey Cool Bike Fans !!
I'm Special X and I was create from J.L.P.
I'm his test driver and drive all
which has an engine and wheels.
And J.L.P has Super Cool Bikes for Hero Factory and the Bionicles.
Yes! Yes! Also for you!"

"Ok Special X now know you all !!! But back to the bikes"

Inspired on these bikes, I was by the * Hero Factory Furno Bike *.
I indeed good find, that my opinion is not real however Cool.
So I decided easy himself a couple of, I hope Cool, bikes creating.
For me it was important that they fit into their size and to the Bionicle figures.
And equally appropriately are the figures of the older Hero Factory series.

At this Trans AM Bikes I was additionally through the TV series American Coppers Inspired.
As a fan of this series, I could no different to a thing or bike from this series to be interpreted as a Hero Factory / Bionicle Bike variant.

In this project, my effort was to give this bikes a cool appearance possible.
That is in both a real bikes as well as a possible Hero Factory / Bionicle Bike justice.

With this model, I would like to enrich the Lego world to enlarge.
So that the little and big kids play with it, or can simply collect it.