By cornwaille
3 comments
This is my attempt at a lego model of the modified TIE Interceptors used by the Emperor's Royal Guard, it is based on the updated lego TIE models of PaulWiseOne, who has made the regular TIE interceptor and TIE Advanced x1 models updating their designs to bring them up to the same standard as the TIE Fighter 9492. I would love to see a fleet of different TIEs displayed alongside the rebel's X wing, Y wing, B wing, and A wing.

This garish red Interceptor has never been produced by Lego, it is a very distinctive looking expanded universe TIE. Unlike the vanilla Interceptors, these variants had a hyperdrive and defense shields. I have also done a revamped TIE Avenger and Defender to go along with the other updated TIEs.

This model has been designed to look as much like Paulwiseone's TIE Interceptor as possible, but the wings are constructed differently in order to take the extra weight, and provide the mounting points for the extra fins.

Info about this bright red crazy fighter can be found here: http://starwars.wikia.com/wiki/Emperor%27s_Royal_Guard_TIE/In_starfighter

Thank you to Vean for the renders! 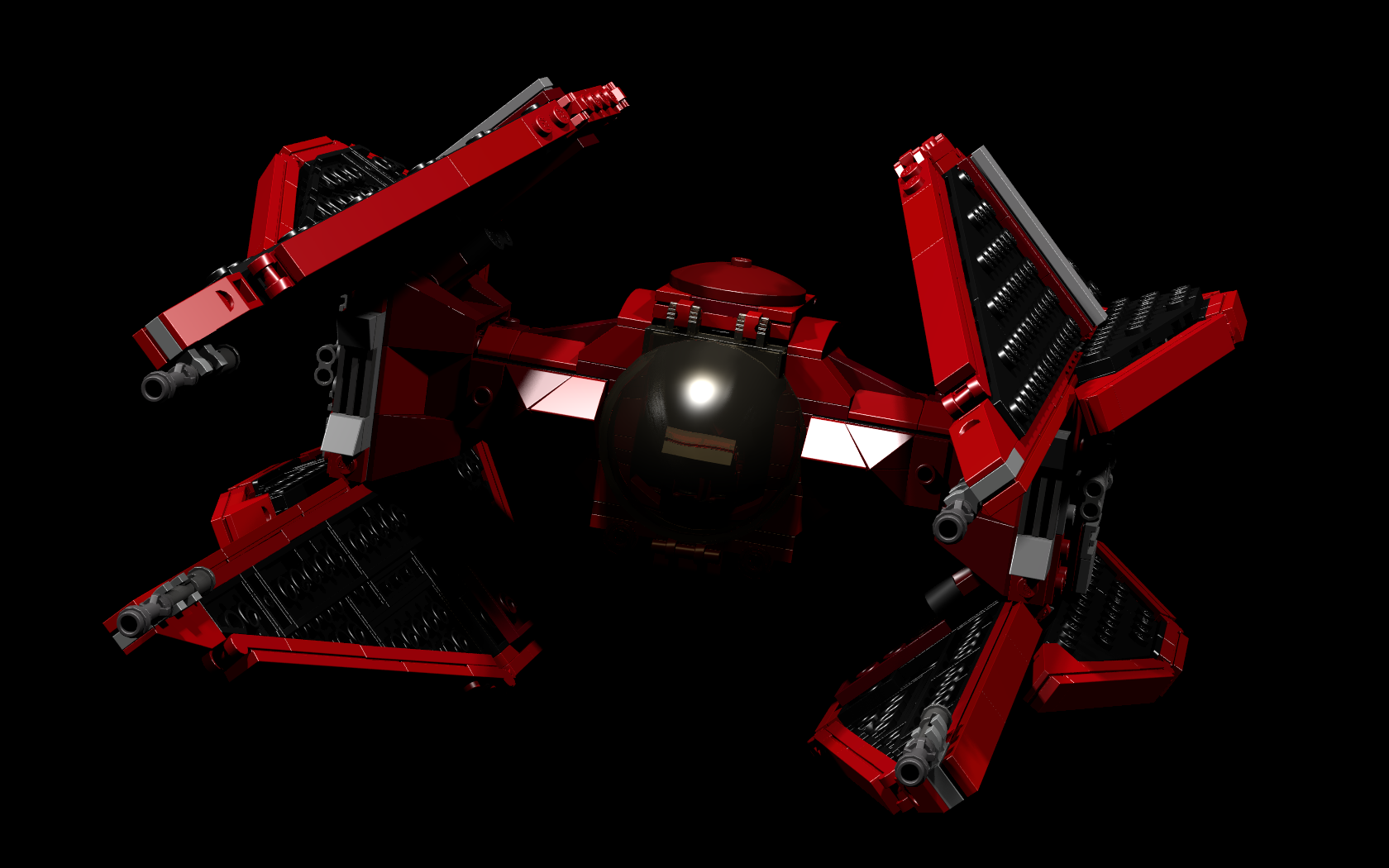 Front view, this variant features extra fins, presumably to vent the extra heat produced by the shield and hyperdrive. I have used the modified wing mounts and struts as used in my Avenger to support the extra weight, so they should be very strong. 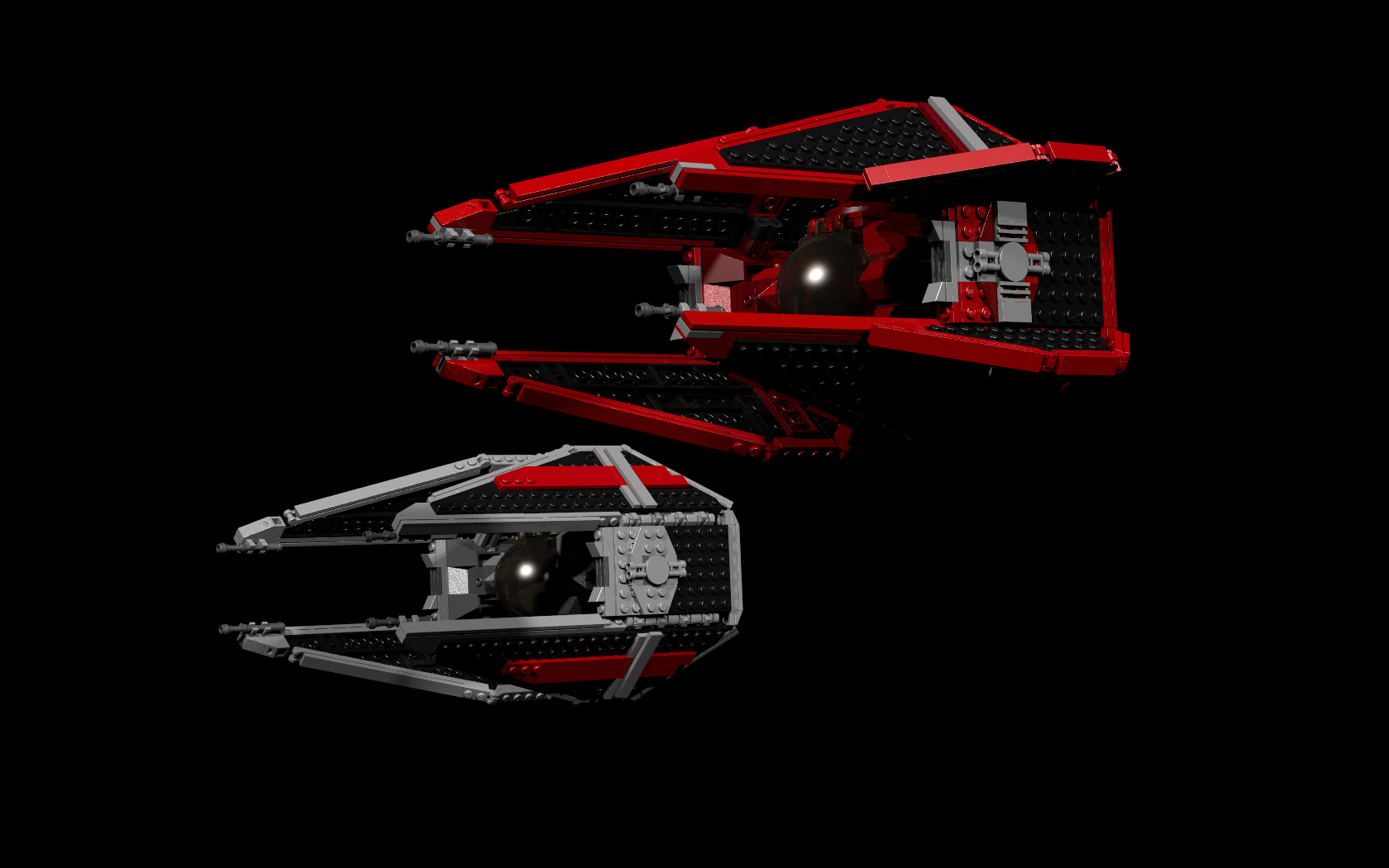 Side view, this variant maintains the sleek 'dagger-like' wing arrangement of the vanilla Interceptor. You can see my 181st TIE Interceptor variant in the background.

Comparison image with the standard Interceptor, with a random cameo by a Grand Admiral Thrawn minifig! 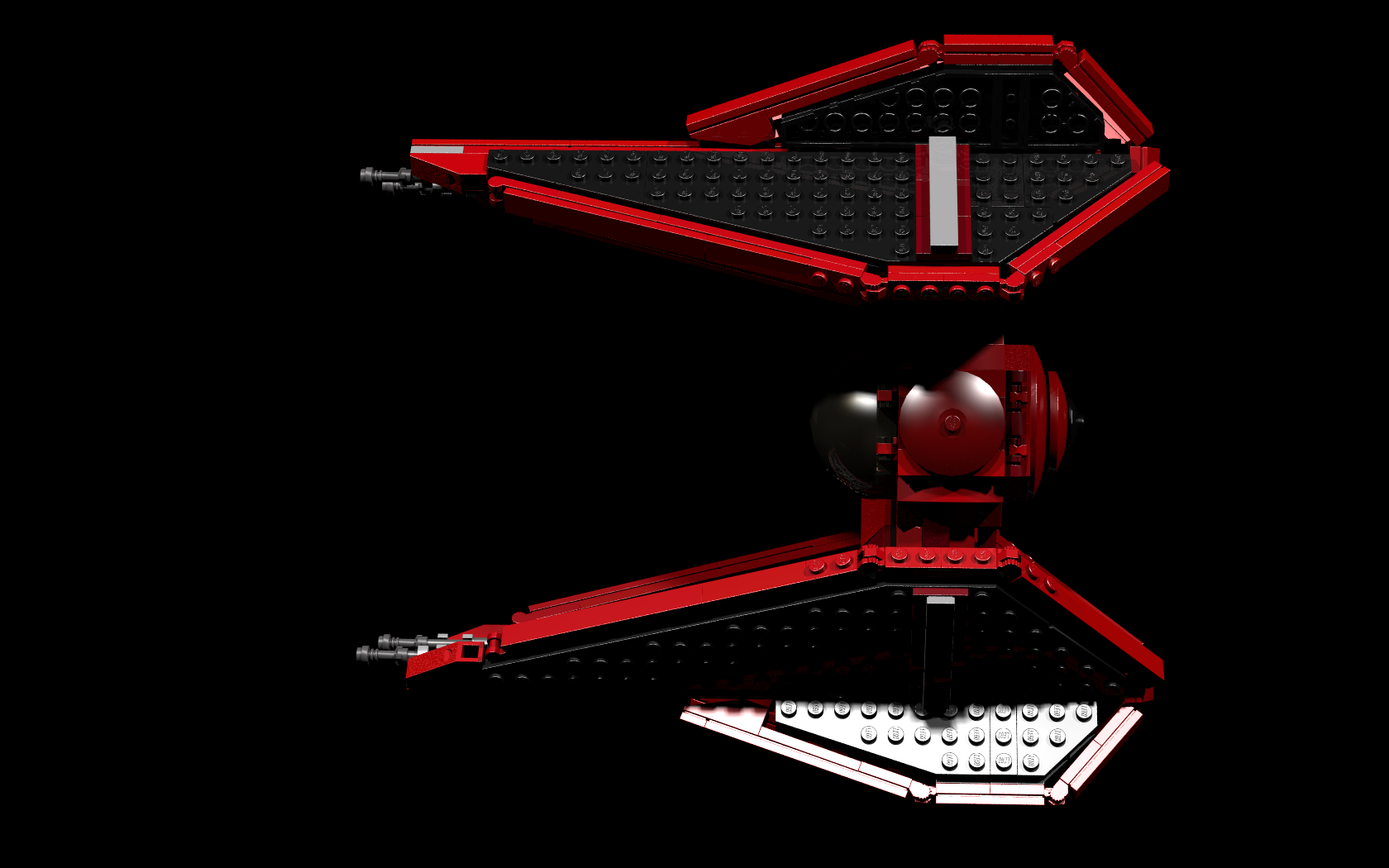 Top view. I realise that the fins on one side are upside-down due to the copying and pasting of the wing assembly. I will fix this soon, honest!