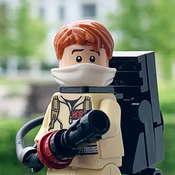 ﻿﻿﻿﻿﻿﻿﻿﻿﻿﻿﻿﻿﻿﻿﻿﻿﻿﻿﻿﻿﻿﻿﻿﻿﻿﻿﻿THE BACKGROUND STORY
The band ZZ Top was formed in 1969 in Houston by Billy Gibbons, Frank Beard and Dusty Hill, who were all 20 years old at the time. In 2019, the band, still with the same lineup, celebrated its 50th band anniversary.
In 1971, ZZ Top had released their first studio album and 14 more were to follow. Since the late 1970s, the dark sunglasses, the cowboy hats and long full beards of Gibbons and Hill became the trademarks of the group.
The international breakthrough came with the album “Eliminator”, released in 1983. On this album, the band combined their original blend of Texas blues, blues rock, Southern rock, guitar blues and boogie with the then modern synthesizers. Through this new sound and with the music videos for “Gimme All Your Lovin’,” “Legs” and “Sharp Dressed Man,” they advanced to become a top international act.
The titular "Eliminator" belonged to Dusty Hill. This legendary red hot rod is not only immortalised on the album title, but also made several appearances in the band's videos and is also the cover image on the album "Afterburner" from 1985.

THE SET IDEA
ZZ Top and the “Eliminator” would be a nice little set in itself. But I didn’t want to create just a decoration, I wanted to create a combination of exhibit and fully playable elements. To do that, I needed a setting typical of ZZ Top in which I could incorporate the band and the hot rod. So it made sense to use the gas station - which is somewhere in the middle of nowhere - from the video for “Gimme All Your Lovin’”. With this scenario, (almost) everything from the music video can be replayed. And it offers the possibility to make up your own stories.
THE ELEMENTS
_ The three minifigs of Billy Gibbons with his electric guitar*, Dusty Hill with his bass* and Frank Beard with a big drum kit.
*both with the design from the music video
_ The red hot rod “Eliminator” in 6-studs wide with original paint and ZZ Top license plate
_ A fully equipped gas station and auto repair shop. This includes a gas pump, a sales area with a mechanical cash, a working car lift, tools, lots of spare parts, a radio with a cassette deck, a beverage dispenser (“Brick Soda” from AFOL Beverage Inc.), a jack, a public phone, a car seat on a tire for resting, a calendar dated 1983 with the release date of the album “Eliminator”, ...

_ For even more playfulness, the car being repaired in the video and the old pickup truck are included. Both in 6-studs wide.
_ A power pole with signs since some of them are in the video.
_ And last but not least, the four minfigs of the female driver, a female passenger, the young mechanic and the older garage owner.
The complete model as currently built consists of about 790 parts. I had submitted the basic idea for this set to the Lego Ideas Contest “Music to our ears!” in spring 2020.

DEDICATION
I dedicate this Lego Ideas set “ZZ Top - that little ol’ band from Texas” to bassist Dusty Hill, who unfortunately passed away in July 2021 at the age of 72. As a small tribute to Dusty, I have given the gas station the name “Hill’s Garage”.