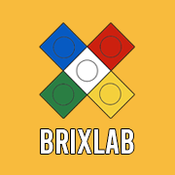 By BrixLab
311 comments
Pentole e bicchieri, sono lì da ieri!
Bring the iconic main location of "I Cesaroni" into LEGO!
Relive the atmosphere of Garbatella in this set inspired by one of the cult places of Italian fiction!
A tribute to one of the most popular series of Italian television.
The building represents the exterior of the main locations of the series, actually existing building. The construction refers to the existing plan of the real building located in the Garbatella district of Rome.
The interior of the first floor is a small glimpse of the interior present in the series, with some characteristic elements such as the double glazed entrance, the typical paintings of Rome, and a piece of counter with a cash register and the statuette of the Roman emperor.
It has an internal structure in bricks of a different color from the inside, to preserve the color of the interior wallpapers of the room.
The interior is smaller than the one in the series, because it has been adapted to the restricted measures of the project that recreated the external building exisiting in Rome.
The TV showed interior cannot be reproduced in the space of the real building as it is scenically reconstructed in the series and much larger than the real building in Rome showed as external.
The second floor of the building is empty and only ornamental, to recreate the structure of the building and as a support to the wall decorations, as its interior never appears in the series.
The five minifigure rappresent thenfive main characters of the series, Giulio Cesaroni, Lucia Liguori, Cesare Cesaroni, Ezio Masetti and Stefania Masetti.
"I Cesaroni" is a popular Italian TV series set in Rome, which tells the story of an extended family made up of two ex-boyfriends Giulio and Lucia.
The story run around the life of the two Cesaroni brothers, Giulio and Cesare, and the series had a great success in Italy, being one of the most well knowed and loved series, almost "iconic", becoming a pop culture phenomenon.
Thanks to this series and all the characters realted to this series, i had very happy moments in my life and i'm sure others fans like me did. And after the Colosseo,we can bring another icon of Rome and Italy deserving a place in our LEGO's collection!
AO!