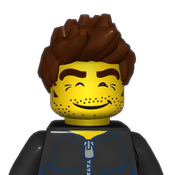 This is the first round of this gigantic hotel Augustus tower. It includes restaurants, shops, lifts and of course the rooms.

Initially it was necessary to model the structure after the power adapter remains inside.

I attack right now to make the internal structure so that the building can not fall down.

I expect to receive the parts ordered to begin actual construction for the foundations.

First I make the structure of the various buildings, then after I realized the interior design and the internal structure.

It is expected that the building can be opened to access the inside so as to create scenes of life ...

Subsequently, the project will consist of the entire complex '' Caesar Palace 'also including the gigantic pool' 'garden of the god' '.

Gradually I would do the updates on the progress of construction