One Door Closes And A New One Opens!

Hey! Sorry this is a short update but I wanted to do one more before this project expires. First I would like to thank all 84 supporters for taking your time to vote! Clash of Clans had a good run and these 60 days have been so much fun! In these 60 days I have learned so much about ideas and creating projects! Once again thank you all for your support and I would also like to say this is not the end for Clash of Clans based sets! Hopefully in the future I will revise this set and resubmit it! If you have enjoyed this project pleas check out my other one, Lego Puzzle Cube. Thank you and good luck!

LPC is coming to ideas! 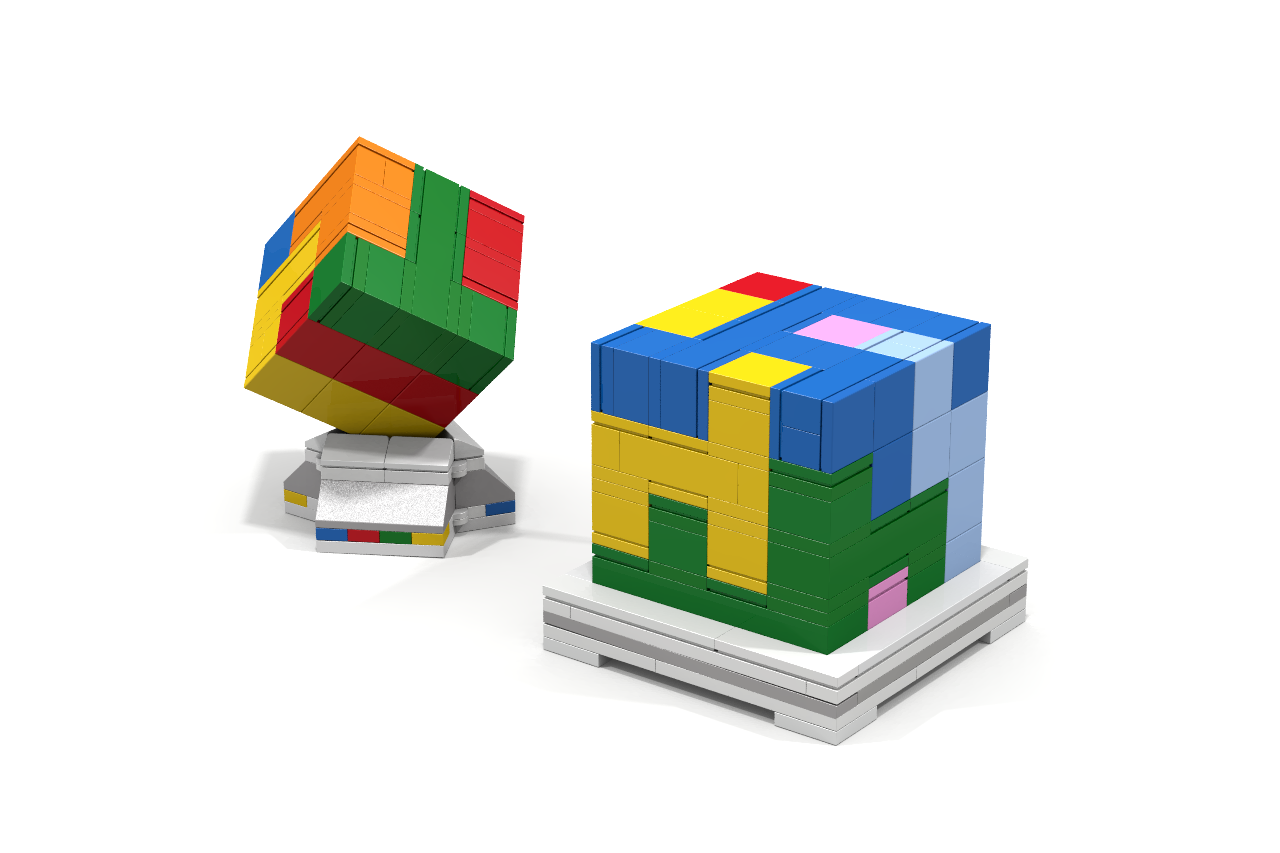 Now it is time for the big reveal. You are actually getting an exclusive look at LPC because it has been submitted today but it will not be airing ideas till tomorrow or the next day depending on how busy the moderators are. In the past you have always known it as its code name LPC but now I have released the finale name for it. This next project is named Lego Puzzle Cube.

The following words from now till the next paragraph are taken from the project description: This project consists of two cubes, one hard 4x4 cube and one easy 3x3 cube. You must disassemble one cube to build the other. The main measurement of this project is the unit. Each unit is a smaller cube which is exactly two studs or five plates tall, wide, and long. Groups of units are attached or connected together to form puzzle pieces. These puzzle pieces are then attached or connected to each other to form the main cube. There are 64 units in the 4x4 cube and 27 units in the 3x3 cube. This project also includes two display bases, one square base and one triangle base. The triangle base is compatible with both cubes but the square base is only compatible with the 4x4 cube.

I hope you enjoy this next project! Even though I will now have two projects I will still try to be as active as I can on this one. I am also very exited because hopefully this next project will a bring more support to the current one. For anybody (I’m talking about you catsnbears) who has read my last update and is very exited to hear the story of how I found ideas, I think you will be interested to know that I will also release that update on my next project when it hits 100 even if it hits the milestone before this one!

Please help spread the word about this project. And please push that big blue button that has support on it and it would help a lot. If you would like to be featured in my next update like qwakoo and SmileyGuy it is easy. You just need to be active in the comments, tell people about this project, and be supportive. If you don’t want to be very active on the next project please help just for the first few day while it is on the discover list. When this project is accepted I will put a link in this update so you can easily access Lego Puzzle Cube. Thank you for all your help and support. I want you to know you are indeed making my Lego dreams come true!

P.S. I have noticed recently that we have had comments that have hit up to eleven replies. I Just want to say it looks kind of bad so I am going to start a special comment for that kind of conversation.

P.S. I was only able to do a spelling check on this update but not a grammar so excuse me if is isn’t the most correct update.

Help and thank you!