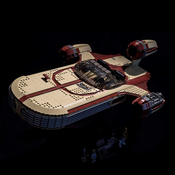 Windscreen - not having a single windscreen piece at this scale poses a challenge.  My initial "tri-piece" screen didn't look right and after becoming more familiar with the Lego windscreen library I built a number of different screens (pieced together with multiple windscreen parts) for trial.  In the end I had two versions that would work well but ultimately decided on the version below.  I think the shape is right and it works without having to "alter" any original pieces.  At this point the model is now at 2832 pieces with the stand (including all previous updates).  I'll be using LDD to try to streamline things and bring the piece count down where applicable: 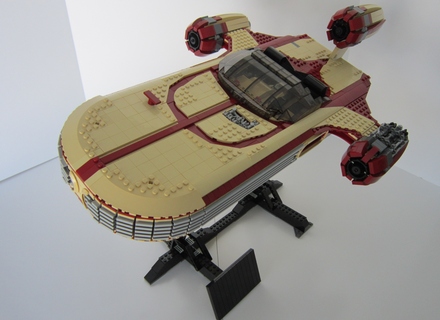 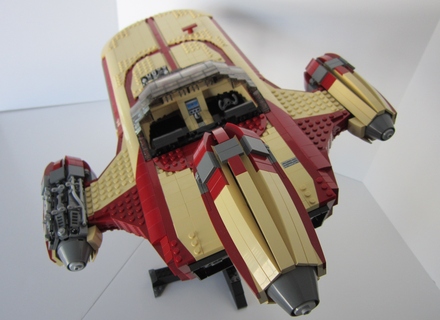 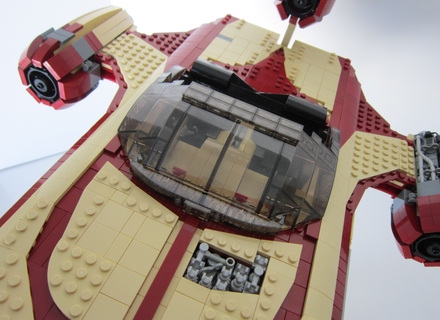 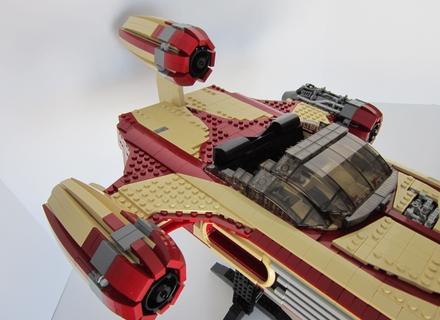 Open Engine - as promised I revisited this part of the model.  Adding plastic hose cut just right seems to make all the difference.

NOTE (added 2/22/2015): in my mind this is not considered illegal modification of pieces being the LEGO Architecture set 21003 (Seattle Space Needle) has you do exactly that (check out step 15).  If this project actually makes 10K supporters and were to pass the LEGO Review, LEGO would make their own model with pieces that they feel are suitable.

I would've loved to have done more but space comes at a premium.  I decided that the "keys" (98375s) made for a great look as the "support" for the top engine panel/hood if Luke were to ever put it back on: 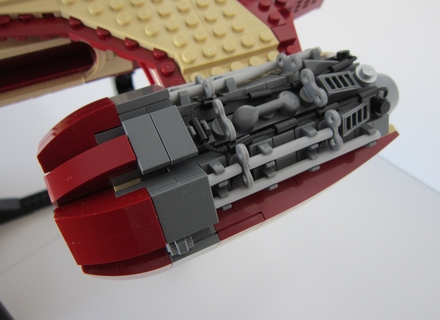 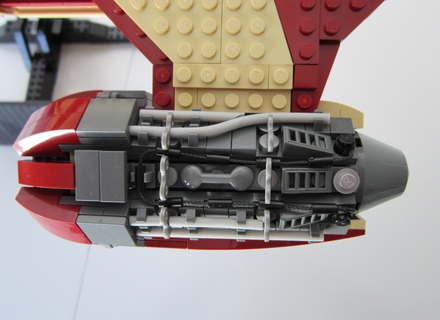 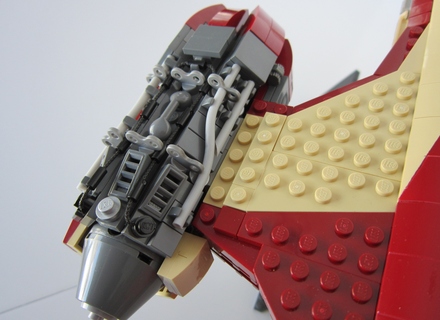 Thank you for clicking the button and supporting this project!  It is with great surprise that the interest seems to be growing rapidly as the number of supporters more than doubled in the last two days.  The comments thus far have been positive and constructive in helping this vision of the Landspeeder on its journey to 10,000.  There is a long way to go to reach the next goal.  My thanks to those that are spreading the word to everyone you know who love the Lego brand - greatly appreciated!

Open Engine - It was noted on a forum out there that there were "no wires or pipes" within the engine itself.  Without changing too much, I added a 63141 to give the illusion of one or the other hoping to quell the disappointment.  I will most likely revisit this again with a better approach: 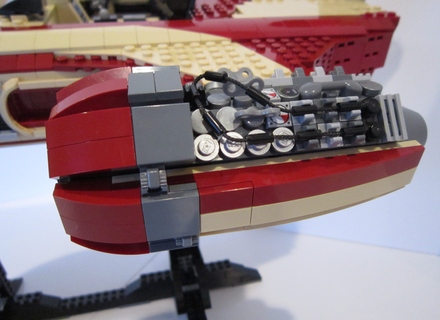 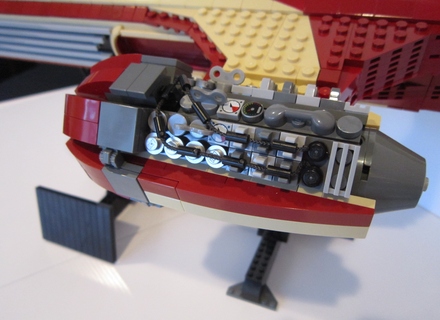 Cockpit Shape - I changed the shape of the front of the cockpit a little to accommodate different types of windscreens I'm currently working on.  The choice of windscreen has yet to be made but I have new variations that are more suitable to the build (rather than the original triad of equal parts that just don't cut it).  The new windscreen will be in a later update and I hope the public will be pleased.  As expected, the windscreen is the aspect most commented upon of this build in this scale: 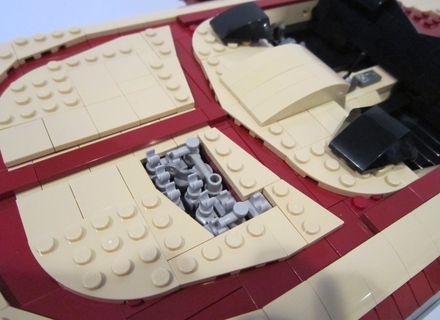 Circuit Panel - after mulling over the panel I determined this was too small and needed to be enlarged.  I believe the shape of the panel is still similar to the original speeder itself by removing the Tan 43722 and adding more detail inside.  This seemed more true to form once completed as it should be closer to the windscreen than I originally had it: 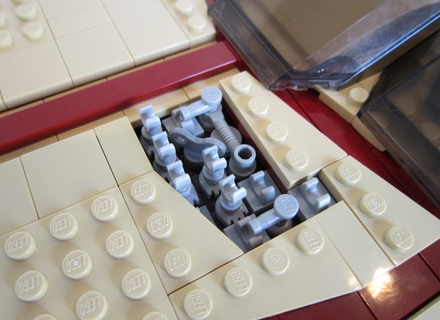 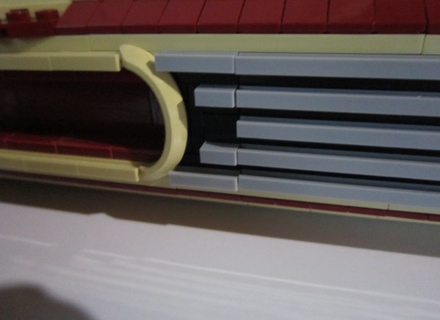 I did the same for the front of the craft as well as I didn't like the look of two full 1 x 2 Black plates looking at me from either side of the front.  This will keep the same continuity as the rest of the grille: 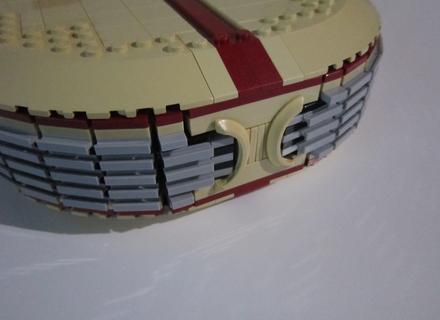 Unfortunately due to the structure of 98282s, I cannot do the same technique here where they meet the grill.  There is no room behind the last section of the grille right in the front.