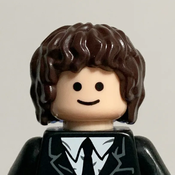 By Daytona
262 comments
'Trojan Horse' in 'Greek and Roman Mythology'. According to the mythology
'Trojan Horse' refers to a wooden horse said to have been used by the Greeks,
during the Trojan War, to enter the city of Troy and win the war.
I think the 'Trojan Horse' is the most interesting in 'Greek and Roman Mythology'.
I reinterpreted and designed the 'Trojan Horse'. The great strategic planner 'Odysseus'
'Odysseus' thought of building a great wooden horse (the horse being the emblem of Troy), hiding an elite force inside, and fooling the Trojans into wheeling the horse into the city as a trophy.
'Odysseus' and 29 elite warriors were hiding inside the 'Trojan Horse'.
The success of the operation ends the long Trojan War. The great warrior 'Achilleus'
This set is also great for interior decoration.
Get interested in Greek and Roman mythology with this set I made ! Thank you very much for your time and I hope you like it :)