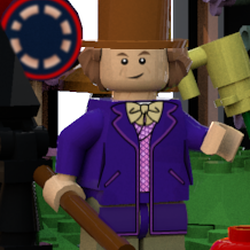 Two updates in one day?

With the new LDD update I decided to revisit my project and put a little more polish to it. As you saw in the last update Veruca is now sporting the tutu piece from the CMF. So, I thought I'd share another view of this change, especially now that I was able to add the golden chocolate eggs to the build. 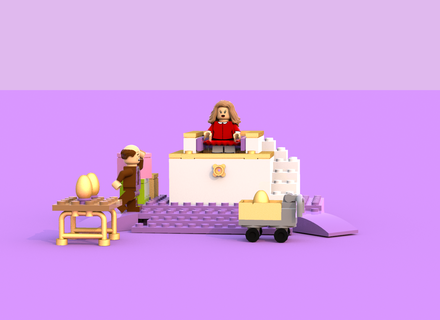 I had grown tired of the old decal I'd created for her. Upon reflection, it seemed like the decal looked a bit squashed, causing the minifigure to not look its best. Leg printing for the skirt simply wouldn't do, so I tested out this new piece. And quite frankly, I think it's the superior look for the minifigure. It frees up some space on the torso allowing a much cleaner looking print, but too, adds a slight height difference so she stands out from the other children as well. 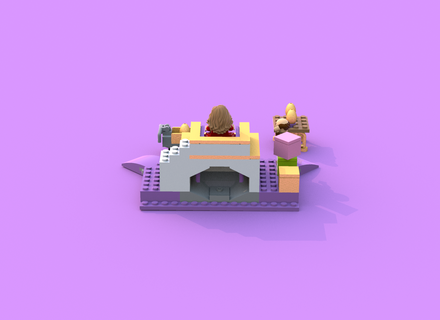 So, while I was rendering, I figured I might as well give a few more angles to the Eggdicator build. As you can see, when the doors are open, there's actually space for Veruca to fall down the chute. Originally I had intended to put a flame piece in here to represent the furnace, but it seemed a little grim. 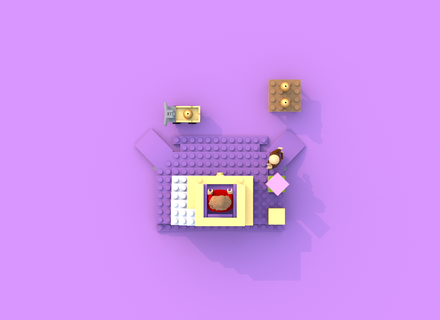 Last, but not least, is the top view of the build, giving you an idea of the space this covers.

Thank you everybody for the support. To celebrate this outpouring of support in the last few months I've decided to post a new picture recreating an iconic scene from the movie. 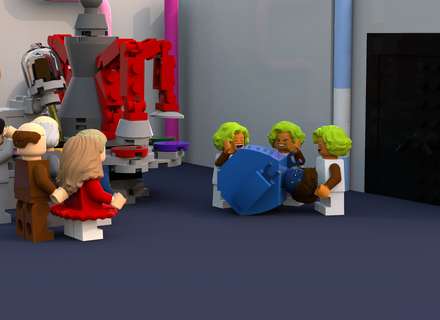 I decided to create a simple background to make this look more complete. Too, you'll notice a few updates contained within this picture, primarily the improved Violet blueberry model. Second, Veruca has been updated to use the tutu mold as previously seen in the CMF series. Third, there's some color tweaking to the machine and Violet herself.

So, enjoy the picture.

Parting is Such Sweet Sorrow

So, last Monday I found out Gene Wilder died.

I found myself greatly surprised by this. Of course, I knew he would die eventually, everybody is pursued by that ticking crocodile after all. I think it’s unexpected because Gene Wilder was at times more myth than man. On the screen he’s forever preserved just as he was in life.

That image never fades. He’s forever in our imaginations, playing characters so vivid and larger than life that they've become indelibly imprinted.

Even though the man may no longer walk among the living, the legend will only continue to grow. Gene Wilder will continue to delight and inspire, to captivate only as he could.

So, to honor a legend, I put together this small tribute to preserve even just a small part of the man if only in plastic. 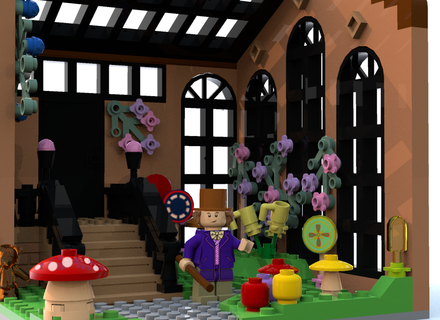 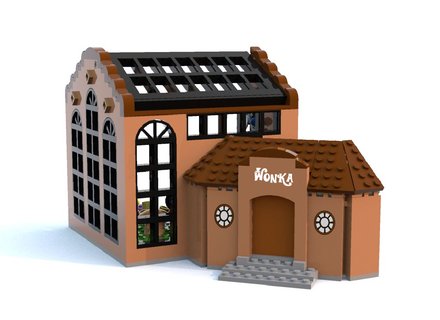 As you might have heard the Lego Digital Designer program just had a inventory upgrade, meaning I've been able to update a few parts of my project to more accurately reflect my vision. First off, I've been able to finish the windows on the factory exterior. I love the new rounded window piece and I really think it helps finish off the look of the factory. 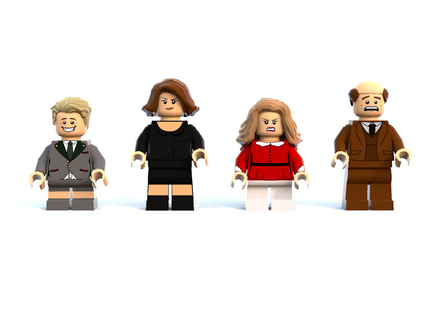 Secondly, I've been able to update the minifigures to more accurately reflect the source material. I hope everyone likes the changes. There are a few other minifigures I will be updating later on but those are best saved for a future update.

I'd also like to thank everyone for the support. As of writing this update we are up to 97 supporters! Thank you!

Just wanted to give a quick shout out to all my supporters. I am so very pleased that there's been such a positive response to my project. I enjoy all the wonderful words and feedback I've gotten from all of you. I am very thankful you've all taken a step to help this dream a reality.

It's been a fun few weeks so far and there's of course more in store. There will be further updates over time and as we reach more milestones. So until we meet again I would just like to say Thank You!