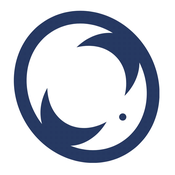 Slated to lift off in late 2021, the James Webb Space Telescope (JWST) will be the largest space telescope ever launched by NASA. JWST is so big that it must be “folded” to fit within the rocket and “unfolded” once it is in space. Just like the real JWST, this LEGO JWST model folds into a stowed position for launch, features all of the major moving components, and is roughly to scale with the minifigure shown.
I am an astronomer and I am amazed at the complexity of JWST. There are so many moving parts and systems that all have to operate together to make the telescope work. I wanted to build a model to help others appreciate this incredible machine and learn the basics of how a telescope works.
This replica models JWST’s curved primary mirror made up of 18 movable hexagonal segments, as well as its hinged secondary mirror. I incorporated all of JWST’s major subsystems, including the science instruments, and the propulsion, power, and communications subsystems. This model “unfolds” just like the real thing, so builders can see how this telescope transforms after it launches into space.
I hope this LEGO set will help builders understand the remarkable engineering that goes into creating a huge space telescope.
Support this project so you can build your own LEGO JWST and launch it in your home!