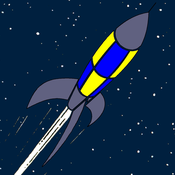 In August 1968 the first SR.N4 'Mountbatten' class hovercraft entered commercial service. Celebrate the 50th anniversary of the 'Concorde of the Seas' with this LEGO Ideas project.

The SR.N4 was the largest commercial hovercraft ever built, and was used on ferry services between the United Kingdom and France. Operating at cruising speeds of 60 knots (111km/h) and with a maximum speed of 83 knots (154km/h), this remains the fastest commercial ferry service ever.

The craft could carry up to 418 passengers in two cabins on either side of a car deck that held up to 60 vehicles. Vehicles embarked using the craft's integral bow ramp and disembarked through the rear doors using a ramp provided by the hoverport. Passengers embarked either through the side doors or through the internal doors between car deck and passenger cabins.

A total of six SR.N4 hovercraft were built between 1968 and 1977, these hovercraft remained in service until 2000 when the last servicable craft were retired from operation.

The first SRN.4's were built to Mk.I specification, later upgrades to Mk.II and Mk.III configuration allowed for greater car and passenger carrying capacity.

The hovercraft were operated by two companies (Seaspeed and Hoverlloyd) on routes between the UK and France. In 1981 the two companies merged to form Hoverspeed.

I have chosen the Mk.II version in Hoverlloyd livery for my model.

The model was designed and built based on photographs of the real hovercraft, and also drew on my own memories from childhood cross channel flights on the Hoverlloyd craft in the 1970s and early 1980s including a visit to the cockpit during a flight from Ramsgate to Calais in 1981. Also throw in a little bit of artistic licence here and there!

The model is built to a 'microfig' scale of 1 stud to around 0.6mtr and overall measures 71 studs long by 46 studs wide, with a height of 17 bricks to the top of the pylon.

The model in this submission contains 2999 bricks and so just under the LEGO Ideas maximum limit of 3000.

I originally built a model with high internal accuracy and detail, but this version worked out at over 5000 bricks. For the LEGO Ideas submission I have reduced detail in the passenger cabin, plenum chamber and engine bay, and removed hidden features such as the buoyancy tank.

I wanted to include two skirt configuration options, so that the model could be displayed in either 'landed' or 'flying' mode, but including the inflated skirt would add around 800 bricks and so this option has not been included in the version submitted to LEGO Ideas.