This set is a part of my original big project https://ideas.lego.com/projects/111321.Willy Wonka & the Chocolate Factory is a 1971 musical fantasy film directed by Mel Stuart, and starring Gene Wilder as Willy Wonka. It is an adaptation of the 1964 novel Charlie and the Chocolate Factory by Roald Dahl and tells the story of Charlie Bucket  as he receives a Golden Ticket and visits Willy Wonka's chocolate factory with four other children from around the world.The boat is the one that Willy wonka used every day to go in the chocolate factory: This is an original design as there is a windmill on the back of the boat. On the front of the boat you can see a ship wheel to manoeuvre the ship and also nine seats for the tourists. There is also an arbour in order to protect the people from chocolate ! 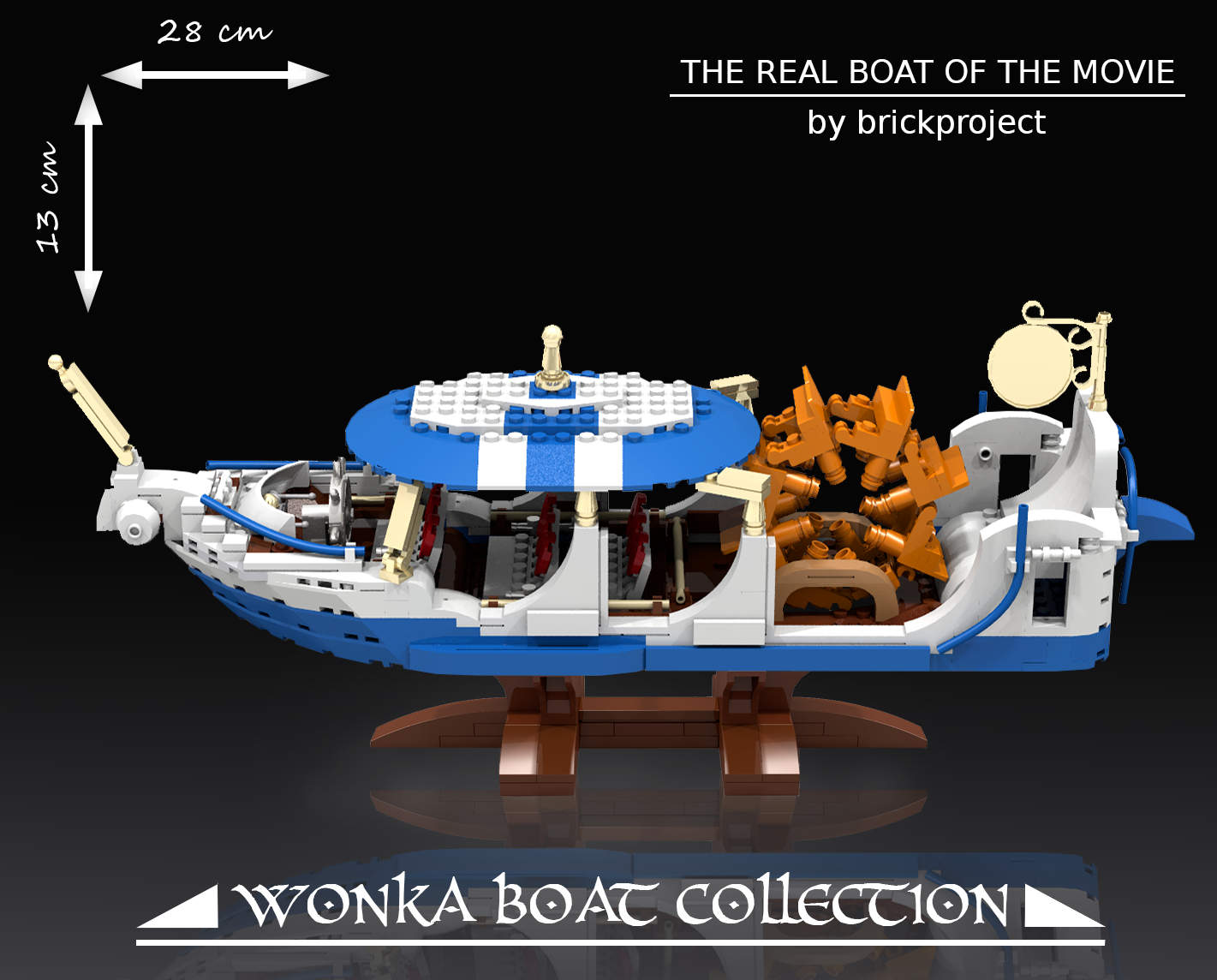 My creation could be also interesting as the "Willy wonka and the chocolate factory" movie will soon celebrate its 45th birthday since its creation (1971 - 2016)! This could be a promoting element for a Lego set !

If you want to see more about Brickproject's projects go here !

- Up pixar by Brickproject https://ideas.lego.com/projects/104703