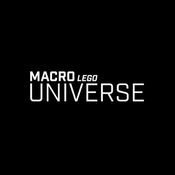 The build includes the top of the Empire State Building, two posable classic-style fighter planes and a fully posable King Kong, which are all pictured, and have been designed with LDD.

I would like the end product to also include minifigures of Ann Darrow, and two fighter pilots.

One iconic moment of movie history and one timeless message, built into a LEGO set that would look awesome anywhere you put it.