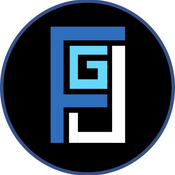 Being a college student, I am someone who frequently travels by bus and I've always been interested in all the different liveries of each of the vehicles. I travel on buses run by a company named Stagecoach and these really capture my eye due to all their bright colours and simple shapes. These include large curve shapes at the rear end of the vehicles in red and orange as well as some buses using blue and orange curves at the front. I like how they used contrasting colours as they really make the vehicles stand out and therefore create eye catching images when seen on photographs.

I decided to have a go at recreating one of these buses myself by making sure I included the smooth curves and bright colours on the sides of my bus. In order to create this, I picked the Alexander Dennis Enviro 200 as that's not only Stagecoach's standard model but also in my opinion is a simple model that has the best shapes and smooth edges.

To begin with I had to decide what the models scale was going to be and I chose to make it 8 studs by 34 studs which is the largest minifigure scale model I could make. I know that model buses appeal to younger kids who like to play around with their vehicles and models so I thought to expand the playability of my bus I could make it minifigure scale so people can be a part of the scene. I also think this bus would appeal to adult collectors of model buses as it would give them a nice fresh experience with their collecting.

I first worked on the orange curves as I knew that stage was going to be the most challenging. I spent quite a while searching for the best elements to use that will make the curve as clean as possible without making it bumpy or giving it any sharp edges. In the end I found the perfect elements for the job which were small angle plates and I figured the best way to use these was to build with them sideways overlapping the colours underneath.

The front bumper was also a little tricky to make as I wanted to make the model look recogisable as an Enviro 200. To help me I used the same angle plates for this as I did the curves on the side of the model. This helped me to include all three colours on the bumper in a really small space without it looking too messy.

I then built the rest of the model around these details making sure things were stable and easy to assemble. One other challenge I found was that seating the minifigures was going to be tricky as they are a sort of different shape to real people and I had to work around how I was going to fit them in the bus clearly and easily. One thing I did was to pick suitable windows for the model so that there was more space and also I decided to add variation to the windows by not making them look all the same.

Overall I am very pleased with the result of this model as I feel I've really captured the eye catching image of Stagecoach's coloured curves and also I think it's quite a good representation of the Alexander Dennis Enviro 200.