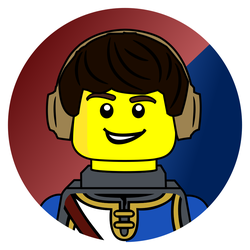 Greetings one and all! Thank you all so much for your support! Thanks to you, The Game Box has reached 2,500 supporters, which is halfway to the next milestone, 5000. (Scroll down to see a really cool render!) If we reach it, the project receives another 6 months in which to reach 10k! But we only have just over 150 days to get there, so we're going to need more support soon!

I've been thinking about undertaking a full scale renovation on the project, taking into account all of your comments and suggestions. I will try to make an animation to go with it. Comment if you'd like me to do this!

Please share this project with any game-lovers you know! Let's make this set a reality! In other news, I have created a Flickr Group dedicated to Lego Ideas contest entries. If you've entered one, feel free to join and post pictures of it there!

Thanks for your help! Don't forget to share on social media or with your friends if you want to make The Game Box a real Lego set! Comment if you'd like me to do an overhaul on the project!

WOW! 1500 supporters! Thank you all SO MUCH for this positivity and support for this project! Every milestone from 1000 on is truly a blessing. In honor of this momentous event, I present to you... 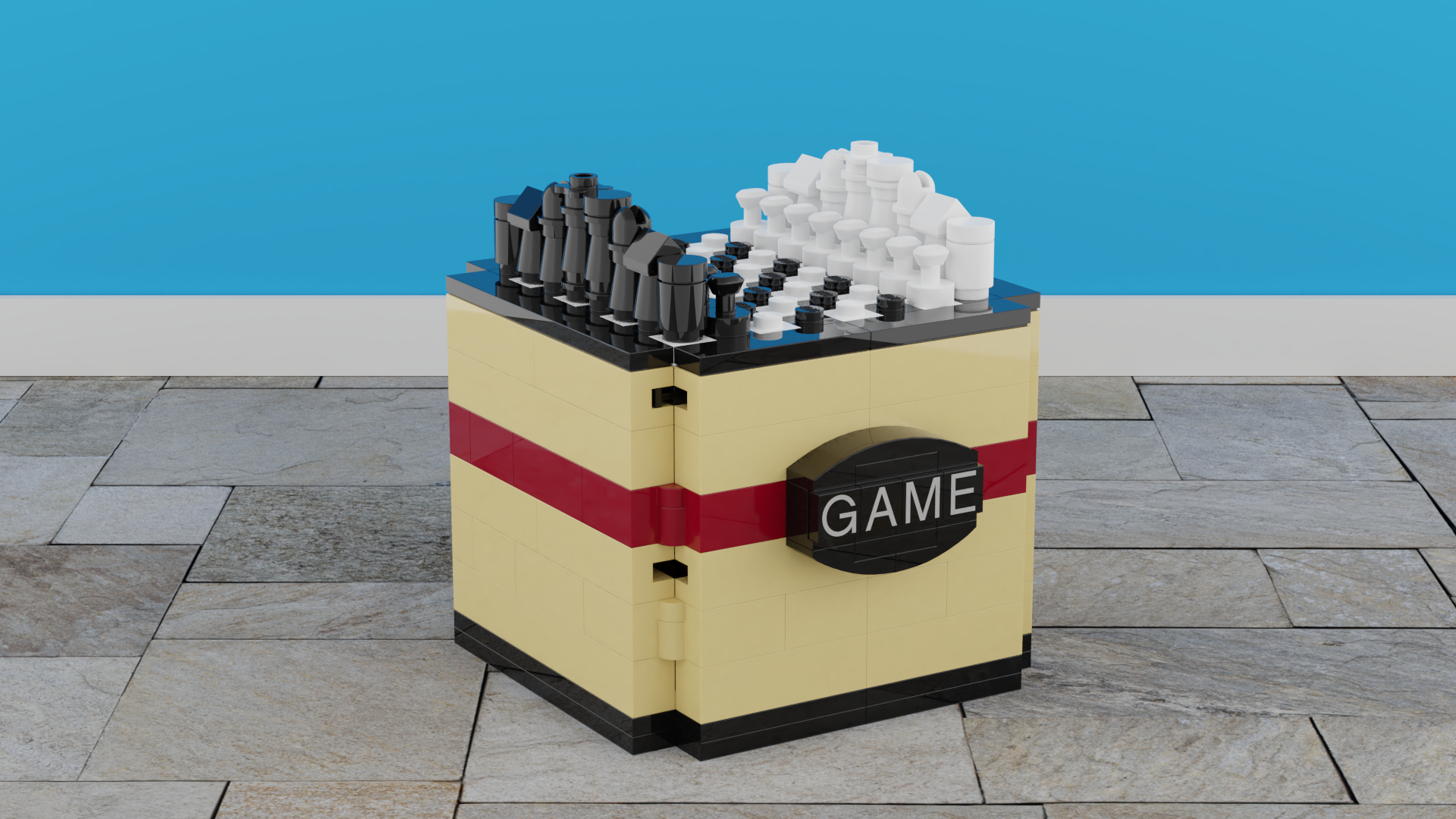 This miniature version of the Game Box is about 1/8 the size of the original. It is small, compact and extremely portable. You can view it in 3D here: 3D View | The MiniBox

I'll leave you with two comparison photos: The first is for scale, the second is for detail. 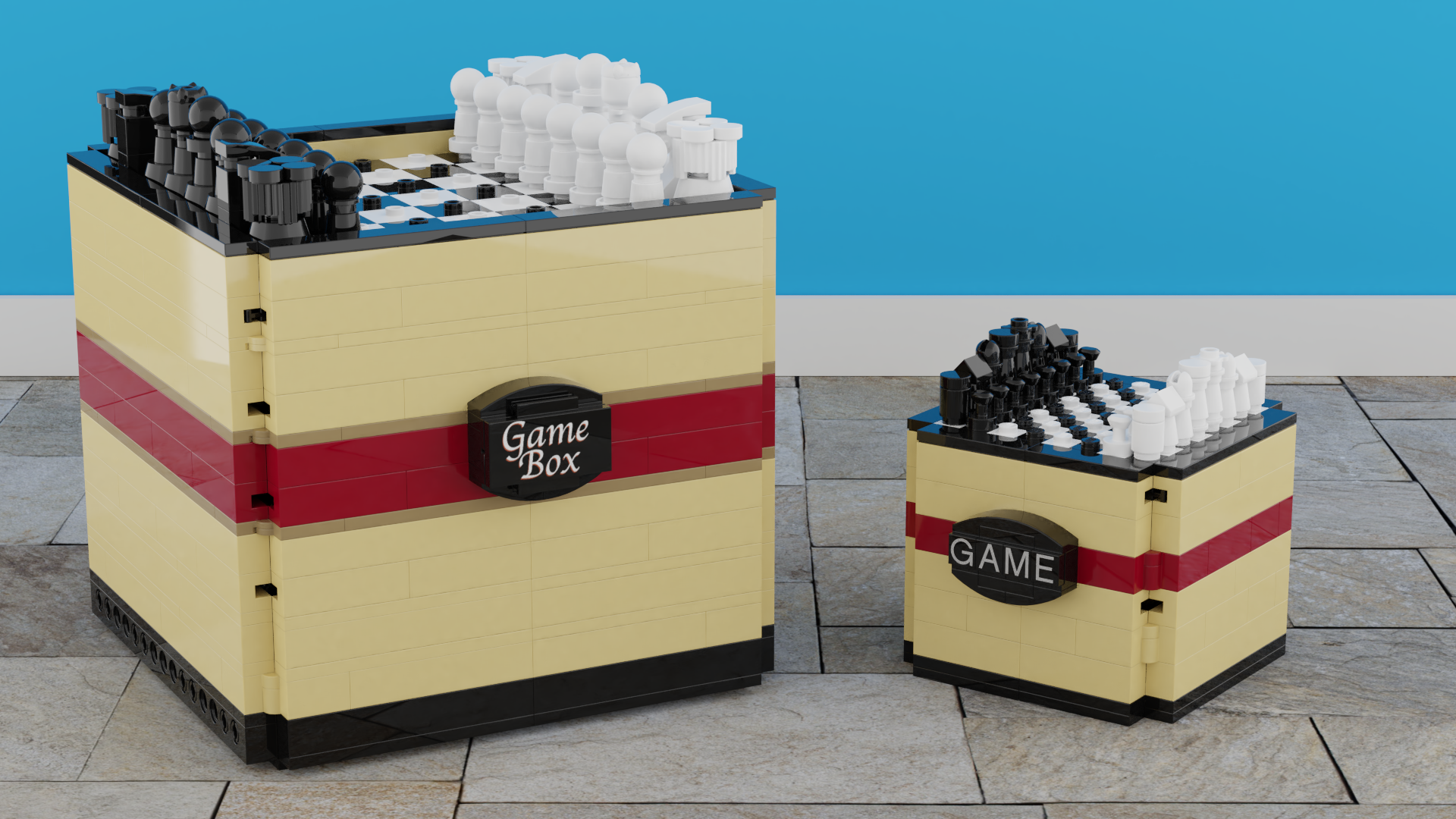 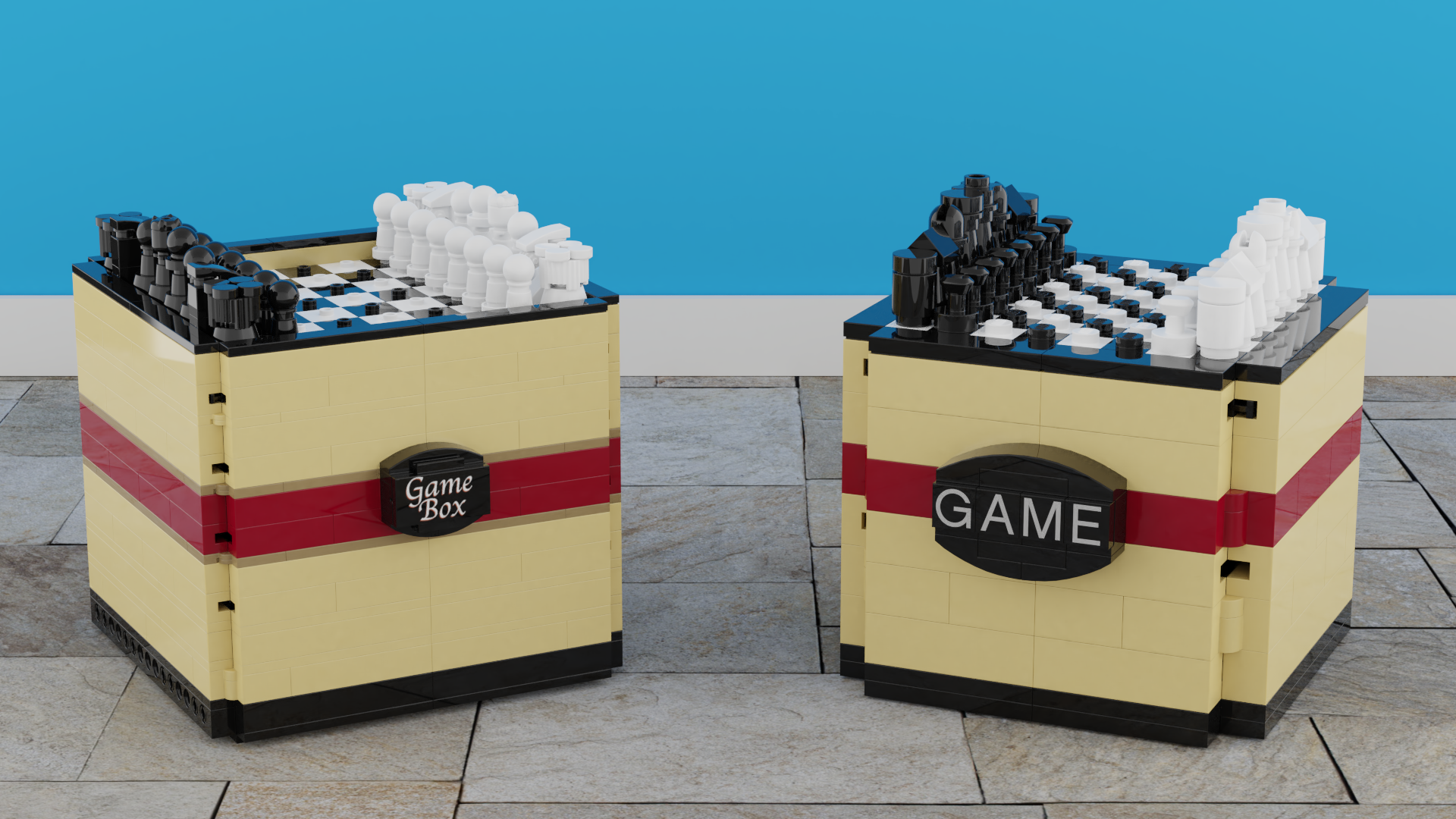 Grab a snack and have a seat, I'm going to tell you a story.

Two years ago, before I was old enough to have a Lego account, I watched my older brother supporting projects on Lego Ideas. (yes, that was before the site redesign) At the time I was an avid user of Lego Digital Designer (LDD). I used it as often as I could, and the best creation I think I ever made on it was a model of the Starting Box of the Boonta Eve podrace. I'd seen the tiny version from the set, and knew it was pretty lame. So I did my own version, the interior for minifigs and exterior for microfigs. This can be seen here: 3D View | Podrace Starting Booth. I intended on submitting this as my first project once I got an account. Then came along the new "No current IPs" rule...

1 year later, I hadn't much interest in Ideas for a while. Yet here was the first public contest: Build your Lego Ideas logo. I was fascinated with the entries for this contest, though I hadn't gotten an account yet for some reason. And then Moments in Space came. There was no way I was passing it up. I got an account (originally "Armorbearer470) and created build after build. I knew, though, that LDD screenshots never got much attention on the site. So I decided to render them. I'd heard of bluerender, but at that point a new software seemed to have just been released: Stud.io by Bricklink. I liked the renderings I saw, so I tried it out. I was amazed by how much better it looked than LDD (Though I have to admit, I didn't like the building section of Studio much: I've never used it in fact) So I used it to render my digital entries to the contest. I was a little overeager at this point, and actually got a warning for advertising my entries on other's :P

Against my hopes, I didn't get nearly enough votes to be in the top 25. But during the contest I'd seen a particular very well rendered entry: The TERRA-FB 1 by Buggyirk. I found out he used a site called MECABRICKS. Actually, I'd heard of Mecabricks a couple years earlier when my brother tried it for about an hour. I started using it and was at first very discouraged by how difficult it was after LDD. But a lesson here if anyone tries it: After a week I knew I would never return to LDD again. It was incredibly worth the patience taken to learn it. And the online rendering tool was far, far superior to Studio in every way. I eventually figured out that Mecabricks' greatest renderers actually used a seperate software as well called Blender. It is awesome. Though I'm still learning it, its capabilities are astounding and endless.

About this time I created the first version of the Game Box. (This would have been the main image) 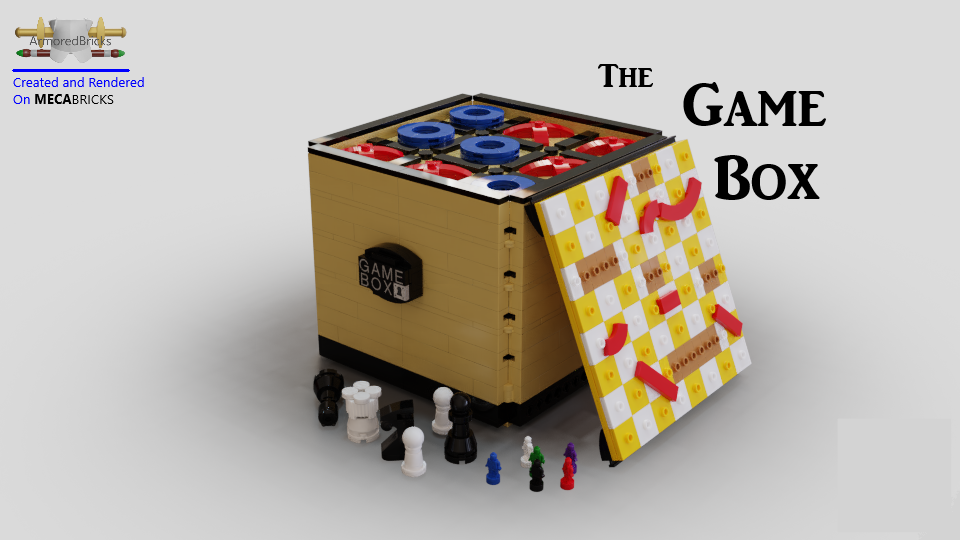 I wanted to learn to render in Blender though before I submitted it. And then the contests set in at full stride, after the summer 2018 update... so now I was too busy to submit it as a Project (oops I mean Product Idea) The "Build an Add-on" Creator contest came and I had one of the happiest moments of my life winning runner-up in a Lego contest for the first time after entering so many. In January of this year, I told myself that I would submit my first Product Idea before the end of the month. So I went to work on bringing my creation up to its current point, and on January 29th I submitted it.

It quickly climbed up the "Top" list, reaching 100 supporters in two days. It never got to first though it was second several times ;-)

Since then I've been watching, waiting, trying to get a hold of parts to build it in real life (Bricklink is expensive, let's just admit it) and of course, entering more contests. (Oh yeah, and thanks to Lego Ideas staff for the pick that probably bumped me up to 1000!)

Congratulations if you made it through that! (comment if you read the whole thing) And here's to another 9,000 supporters! Please Please Share with everyone you can, my first project reached 1,000 let's see if it can reach 10,000! :-D 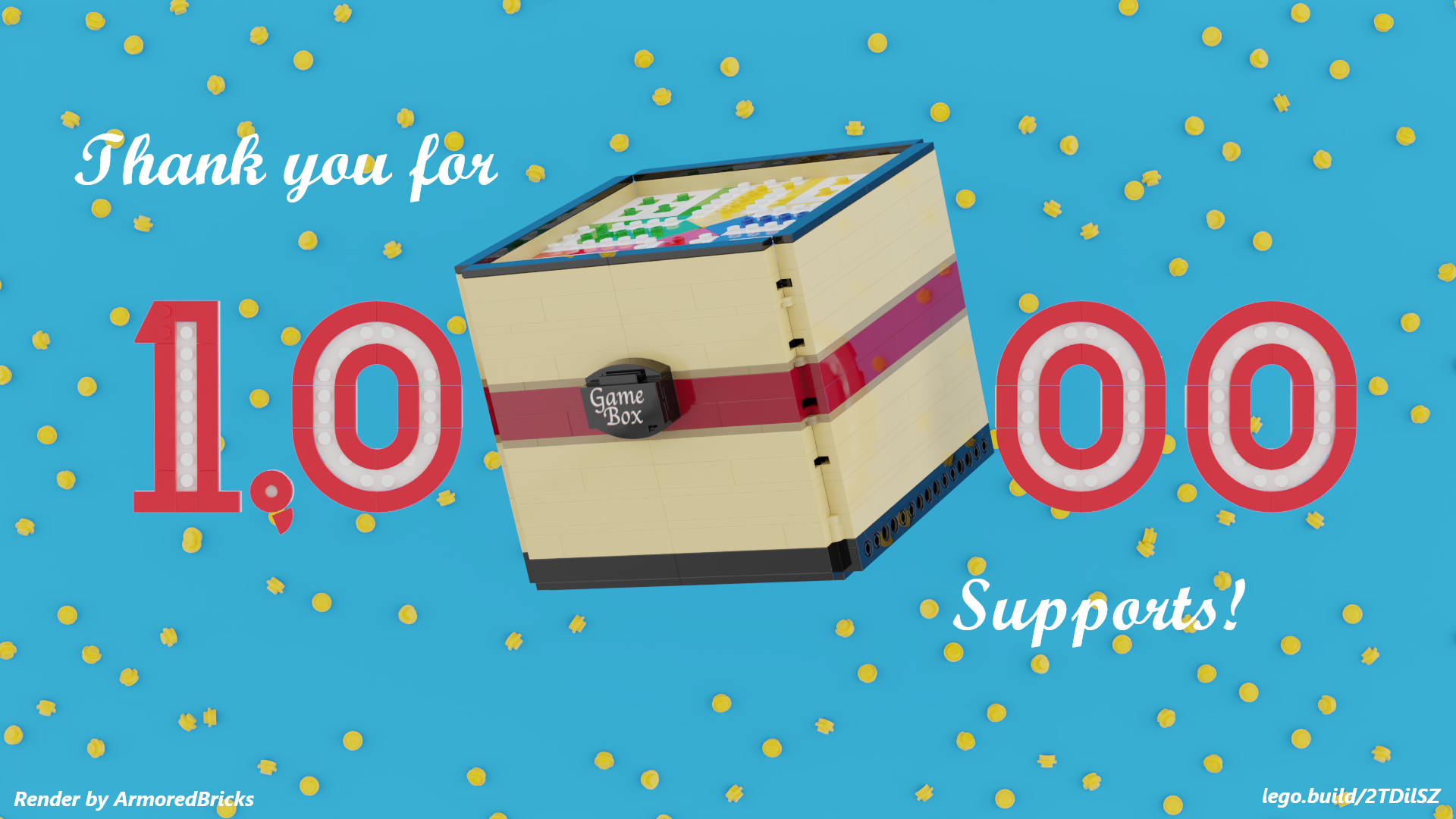 WOOHOO! Super excited to announce that my project is today's Staff Pick on Lego Ideas! 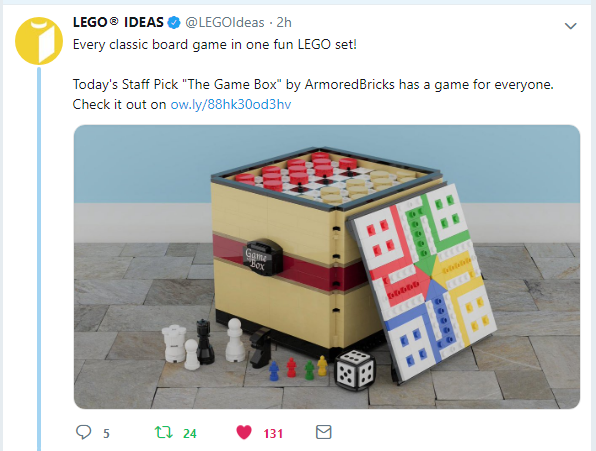 This gave me a huge boost in support this morning, and a great chance for you to help me out!

Please go to Lego Ideas twitter HERE and Retweet this!

Hey everyone! Nothing new for the Game Box yet... though at the 1000 mark there'll be a surprise!

In the meantime, please take a look at my entries for the Mustang Contests. You can go to their pages from my profile. Hope you like them and leave a comment! 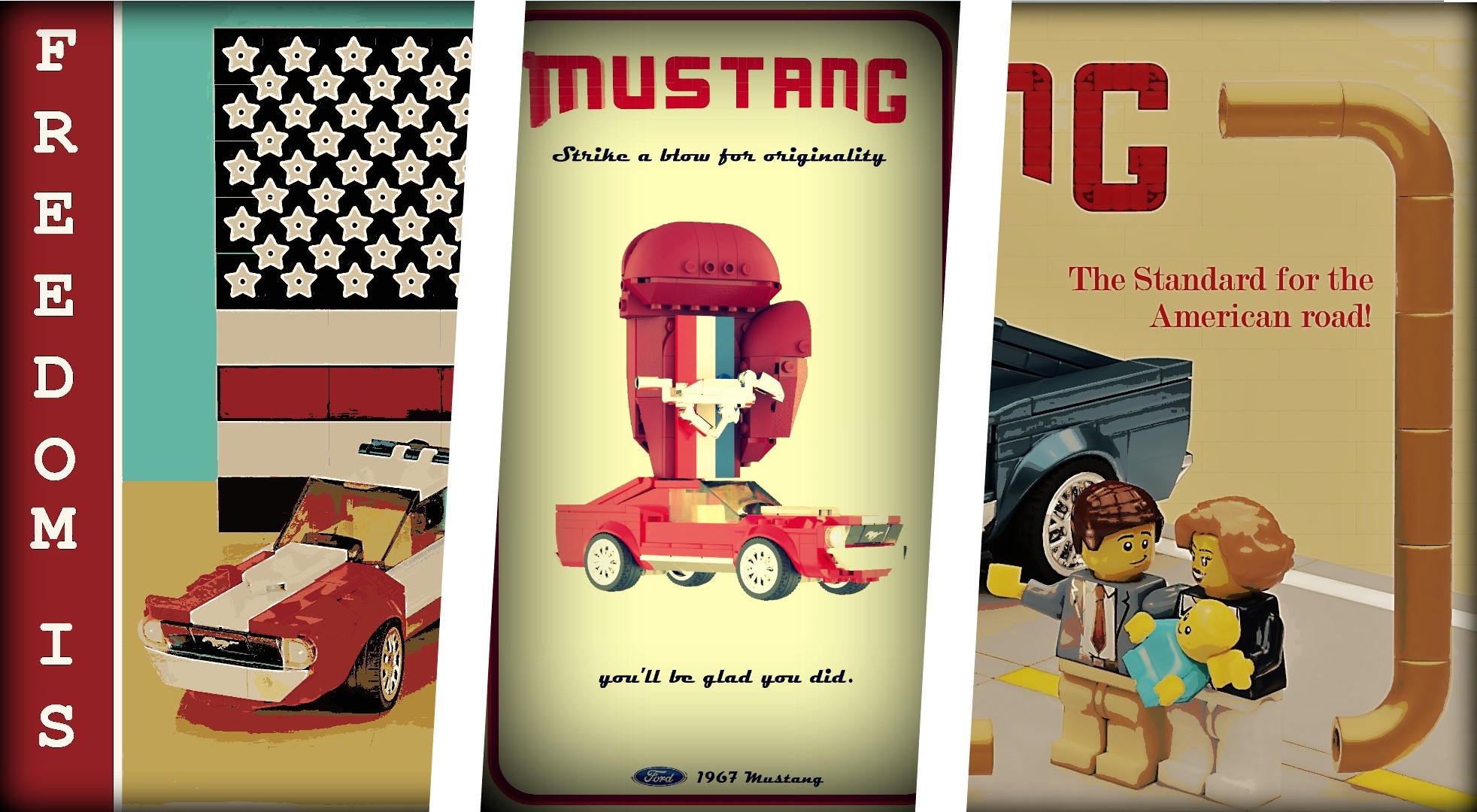 Wow! 800 supporters! Thank you all so much! Support has been slowing down, though, share with your friends and let's get this to 1000!

In the meantime, here is a picture of the model with the Lego Chess set (40174). 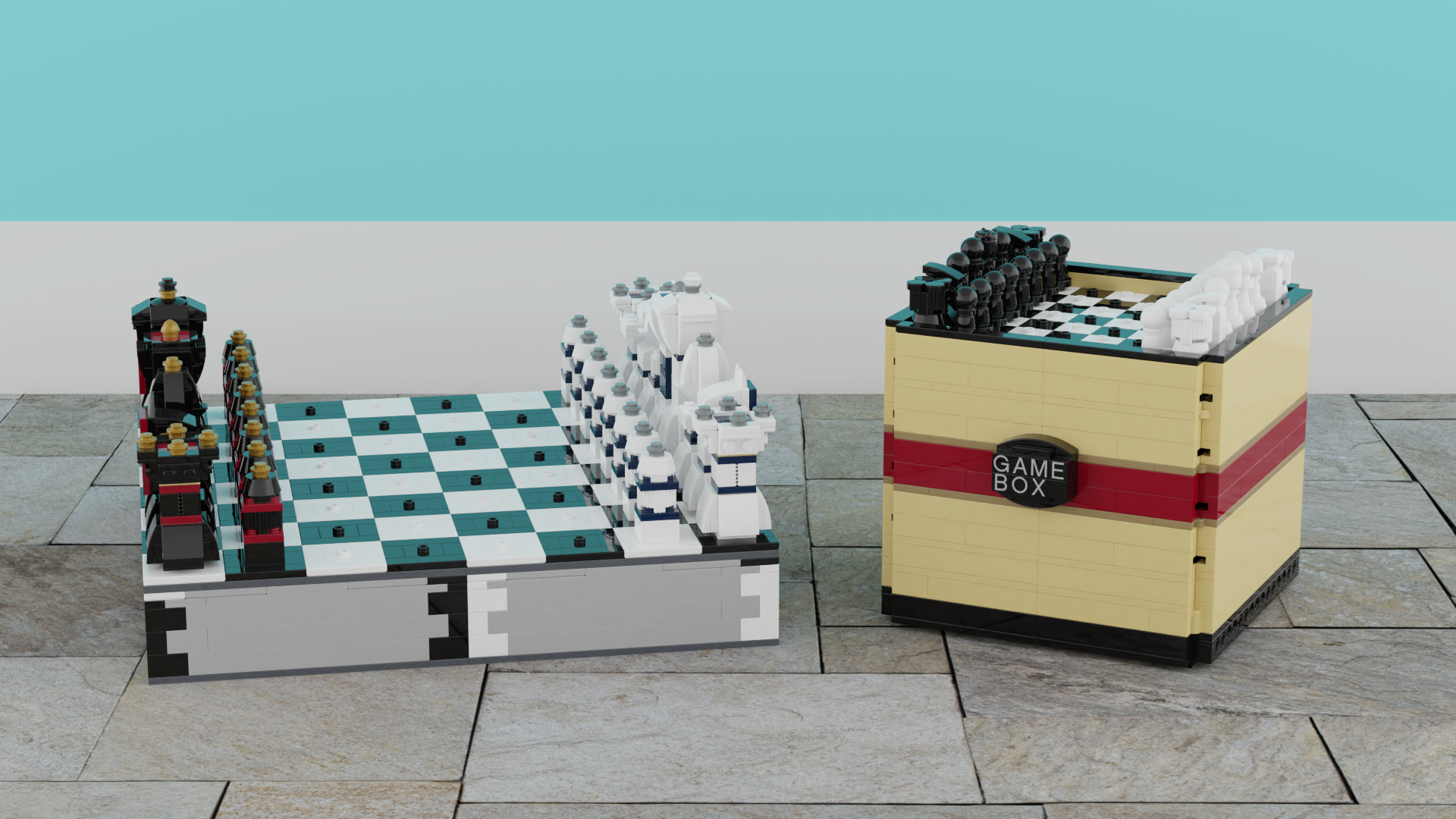 And here is a picture of it next to CP BrickMaster's awesome Microscale Egypt Project (support it!) 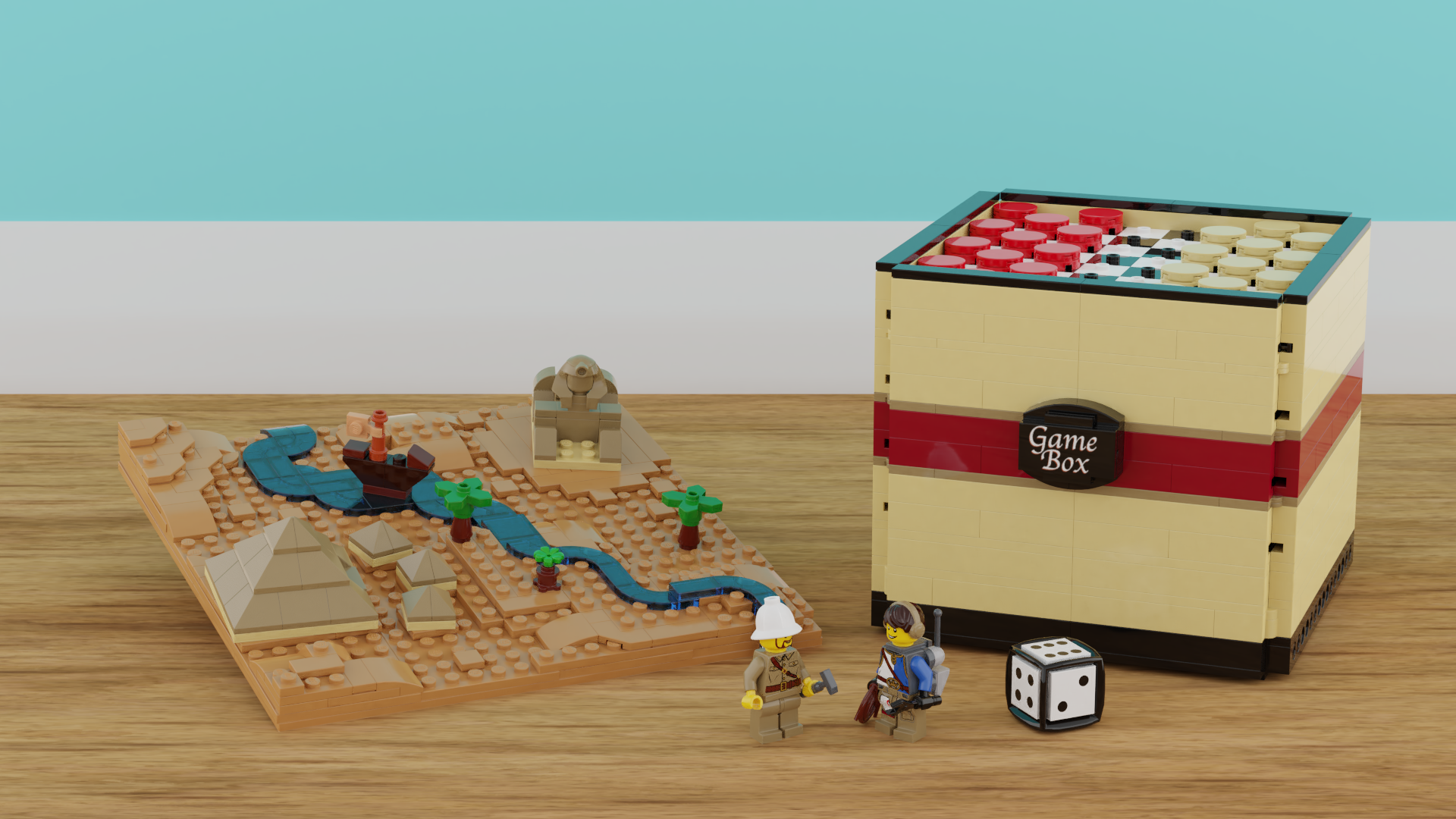 Enjoy! And PLEASE remember to support and share with everyone you know! 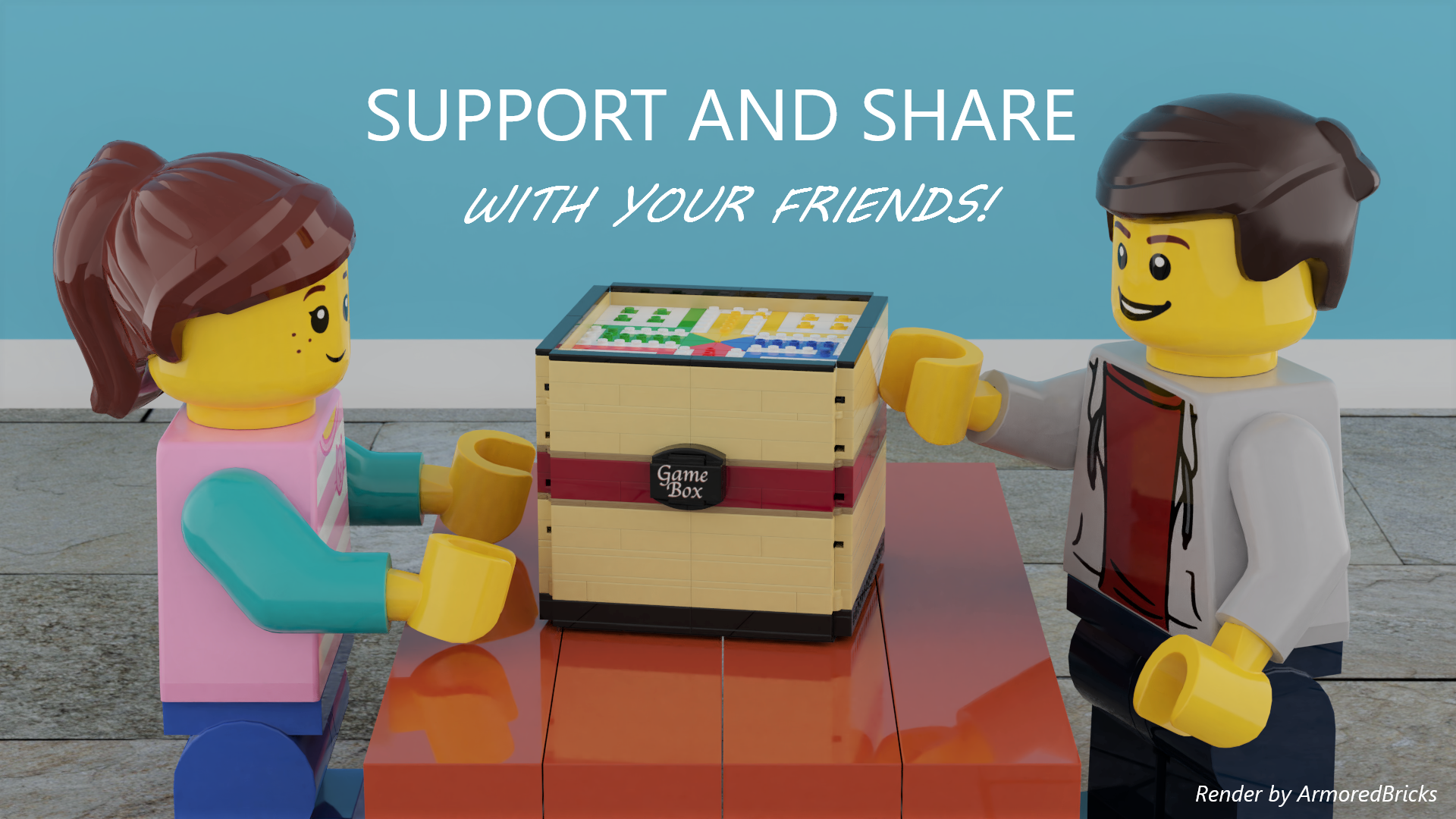 Here is a look behind the scenes: 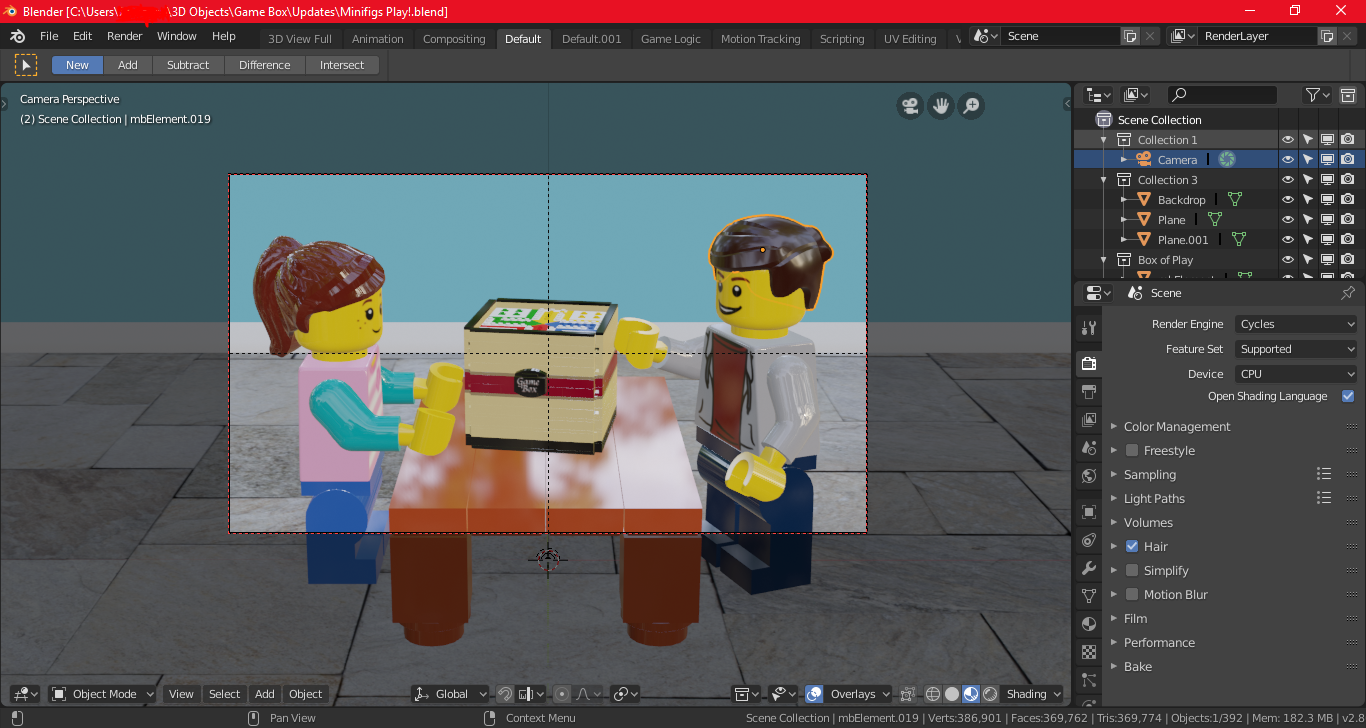 Support has been slowing down, and I need YOUR help to get to the next milestone!

Hooray! Today we reached 500 supporters! Thank you all for the support, especially Valegensa, supporter #500.

We are now halfway to 1000 supporters! Let's make this happen! :D

The Game Box would make a nice modular XD 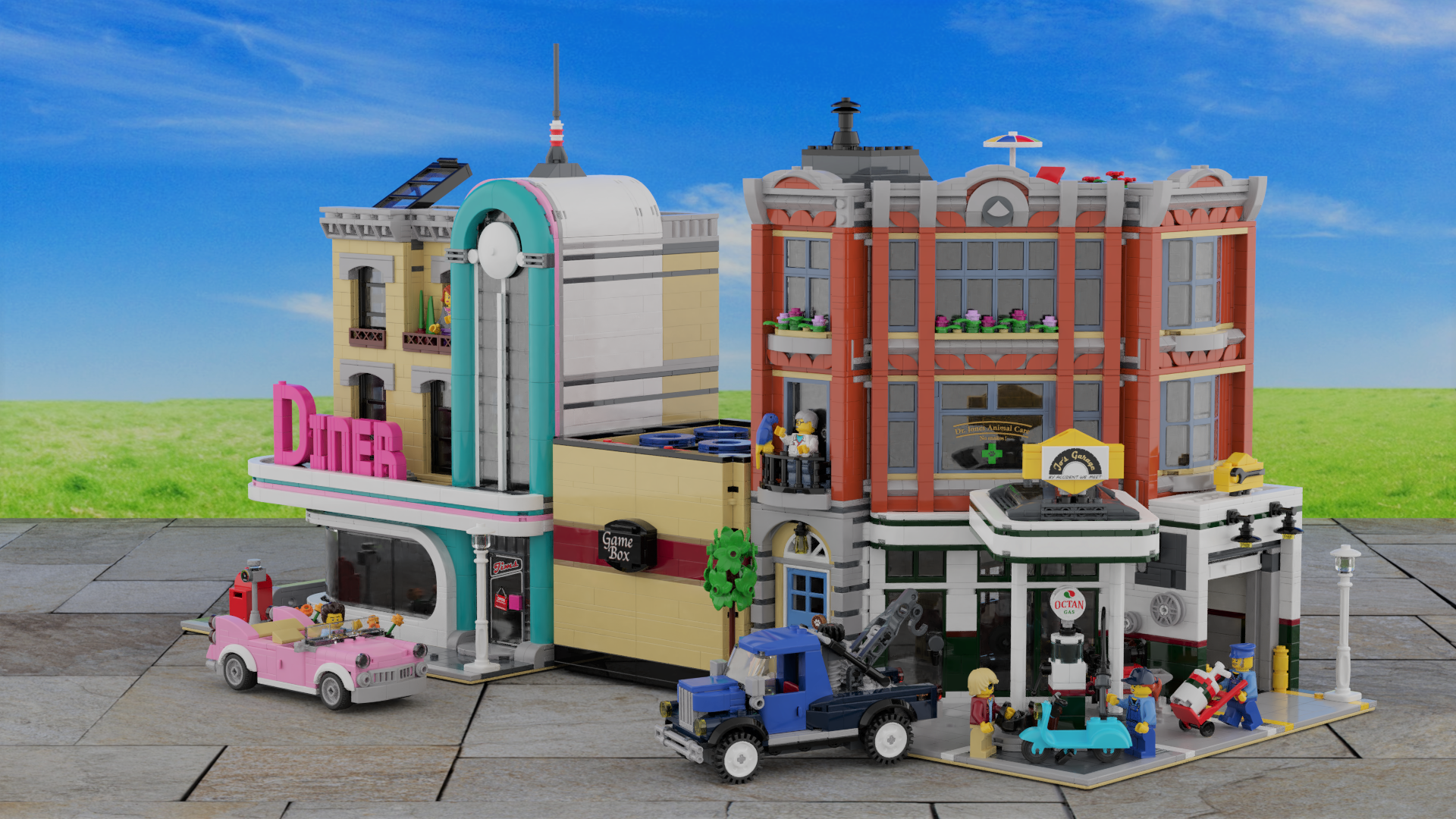 Remember to give ideas and suggestions, even for more pictures!

Also a BIG shoutout to Sleepy17 for creating the logo on the the Box! Check out his great projects, including his awesome A330, HERE.

Thank you for 100 Supporters!

Wow! 100 supporters in only two days!

As a thank you, I built a maze that can be customized and works with the system. Challenge your friends to get through the maze in the shortest amount of moves possible. Then rebuild it and start again! 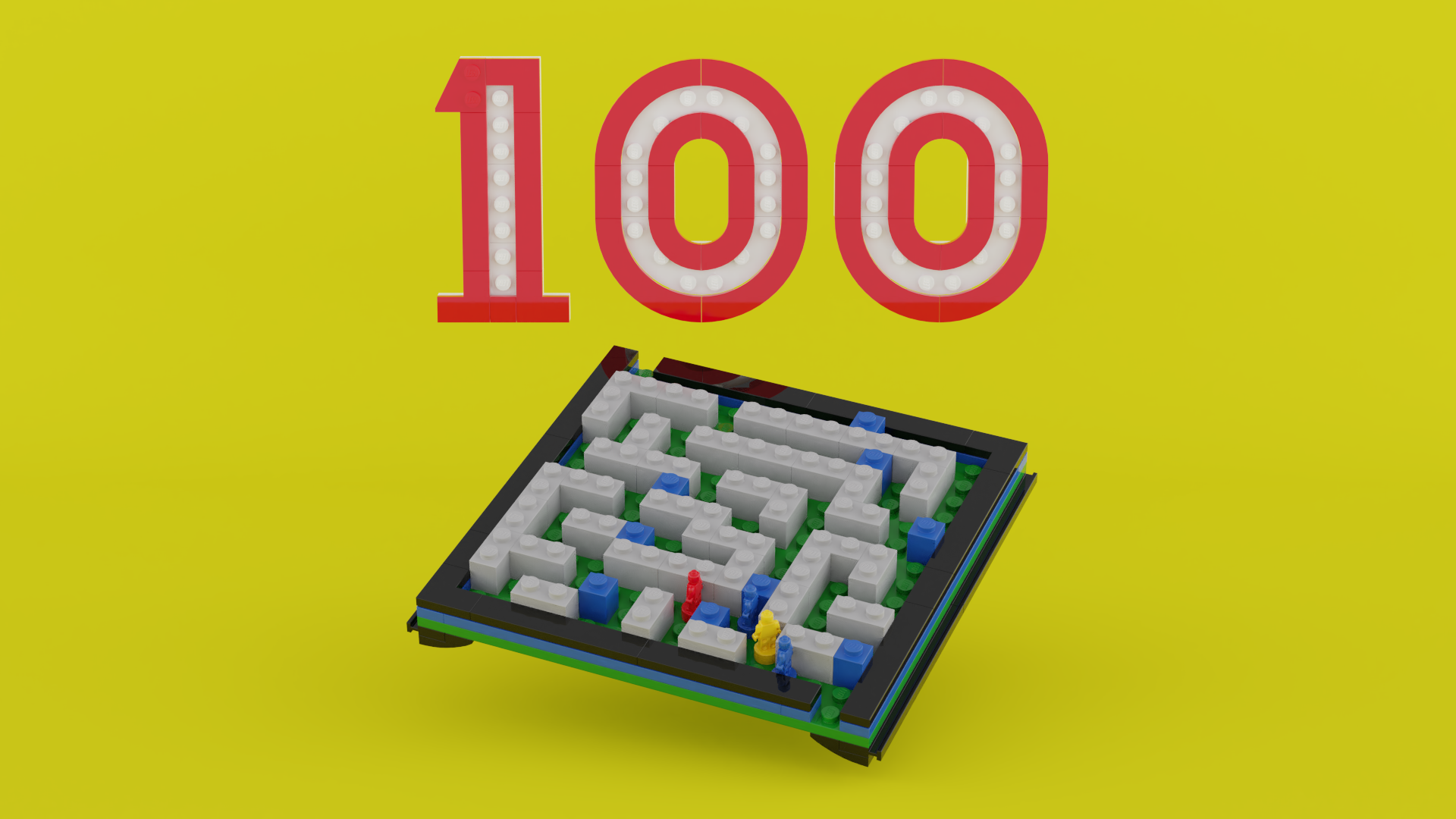