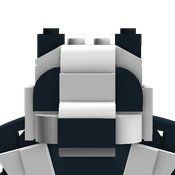 My idea for a new Lego set delves further into the world of Lego City. While they have had various "construction" kits over the years, I believe Lego has missed several opportunities to explore deeper into the blue collar trades, which could be considered the backbone of the modern era. Though not as heroic as a firefighter, or as glamorous as a scientist, these often overlooked jobs are essential in maintaining infrastructure throughout the world. And while it takes many years of training, certifications, and schooling, these jobs also allow for these skilled workers to use their hands, and their minds, in an innovative, problem solving fashion, to build and create, in the same manner that is the very foundation of Lego. As an electrician, myself, I credit building with Lego in my childhood as a major influence in what I do today.

The dioramas I've created are based on real world scenes, as well as, the various men and women in the trades that I've had the pleasure of working with:
-Mason
-Carpenter
-Pipefitter
-HVAC mechanic
-Electrician (This one holds a special place in my heart, as I based the minifigure on my first mentor, who taught me everything I know today.)

I believe that this set would be a fantastic addition to any Lego fan's city or town, adding detail to various areas throughout, as well as, giving kids sets that mimic these normal, everyday jobs their own parents may have, influencing them in the same way Lego influenced me all those years ago.

If you like what you see, please vote, and as always, feel free to leave any comments and suggestions.