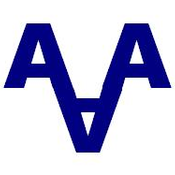 About the inspiration:
The Cathedral of Learning, a Pittsburgh landmark listed in the National Register of Historic Places, is the centerpiece of the University of Pittsburgh's main campus in the Oakland neighborhood of Pittsburgh, Pennsylvania, United States. Standing at 535 feet (>163 m), the 42-story Late Gothic Revival Cathedral is the tallest educational building in the Western hemisphere and the second tallest university building (fourth tallest educationally-purposed building) in the world. It is also the second tallest gothic-styled building in the world. The Cathedral of Learning was commissioned in 1921. The Cathedral is a steel frame structure overlaid with Indiana limestone and contains more than 2,000 rooms and windows.

Nationality Rooms:
The Cathedral is home to 29 Nationality Rooms, twenty-seven working classrooms and two display rooms, on the first and third floors. Each nationality room is designed to celebrate a different culture that had an influence on Pittsburgh's growth...

The Nationality Room programs began in 1926 when Bowman decided that he wanted to involve the community as much as he could in constructing the Cathedral, so he proposed that each nationality that had a significant number of people in Pittsburgh would be allowed to design their nationality's room for the Cathedral. Current rooms include:
African Heritage Armenian Austrian Chinese
Czechoslovak Early American (Display) English French
German Greek Hungarian Indian Irish
Israel Heritage Italian Japanese Lithuanian
Norwegian Polish Romanian Russian
Scottish Swedish Swiss Syrian-Lebanon (Display)
Turkish Ukrainian Welsh Yugoslav

About the build:
Originally created for a LEGO builders competition at a local toy store (S.W. Randall in Squirrel Hill), the building was not built to true scale due to the 10" height limit of the contest. After winning the adult category, the model was redone to the intended height, which is just under 1 foot.

After much attention online and at LEGO Kidsfest 2012, I digitally recreated it in LEGO Digital Designer in order to preserve the build as well as produce (~500 pages of) instructions for others to build.

More information on the background and design here: http://sixf00t4.com/2012/06/cathedral-of-learning-in-lego-bricks/ 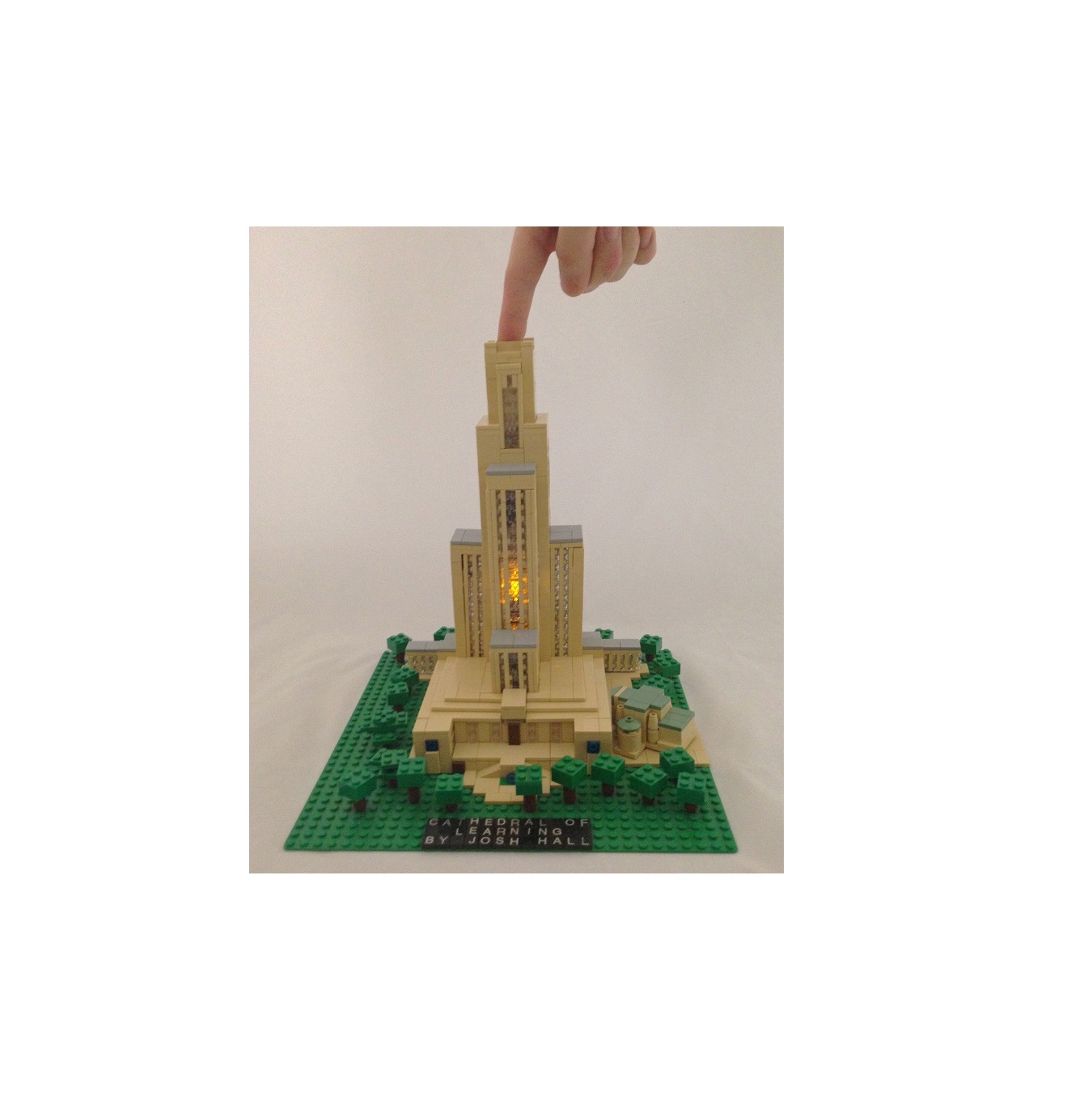 The inside of the main building contains a light column of 4 light up bricks. When you press on the inner 2x2 tile on the roof, the whole building lights up. 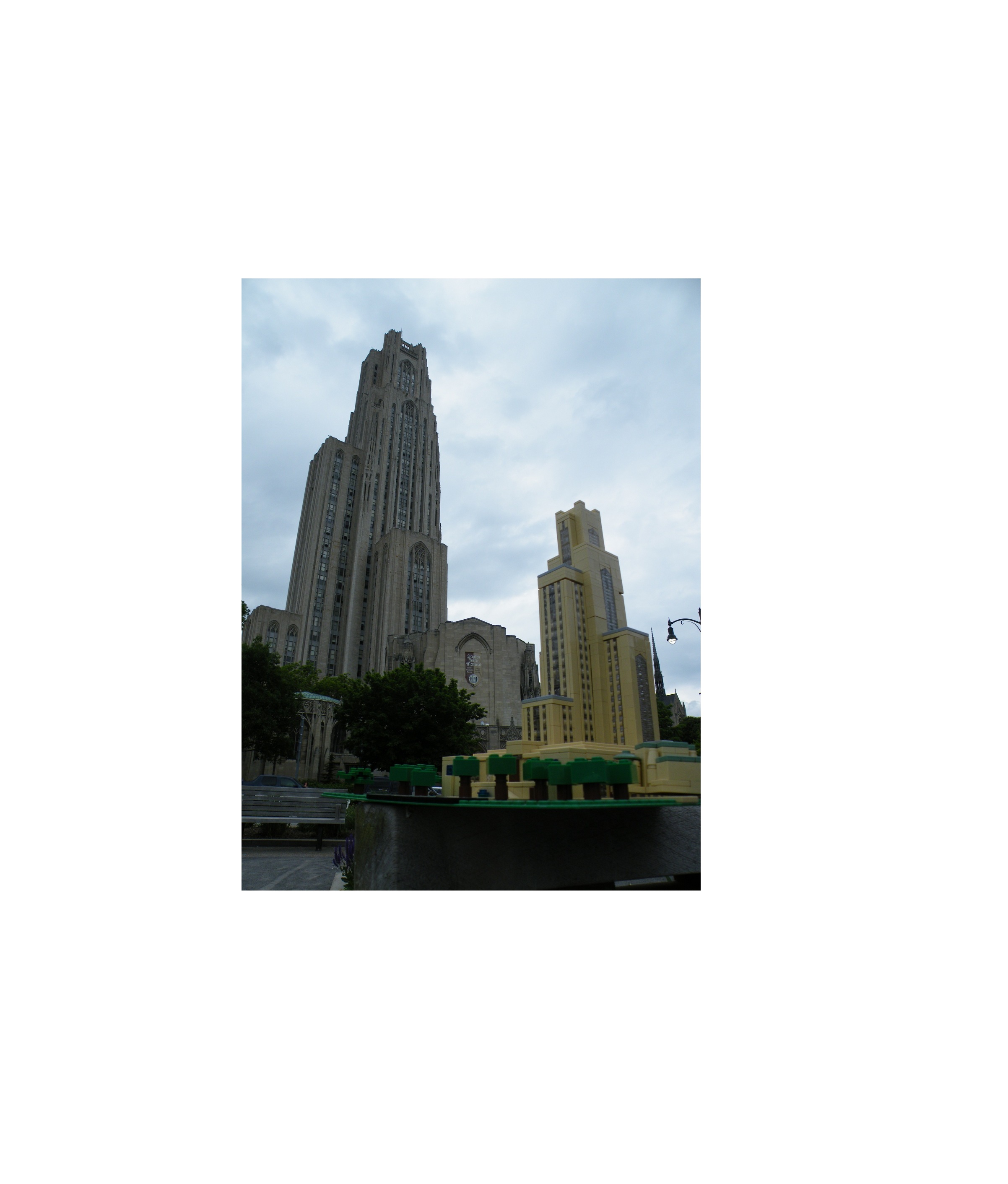 Here's a shot of the two together! 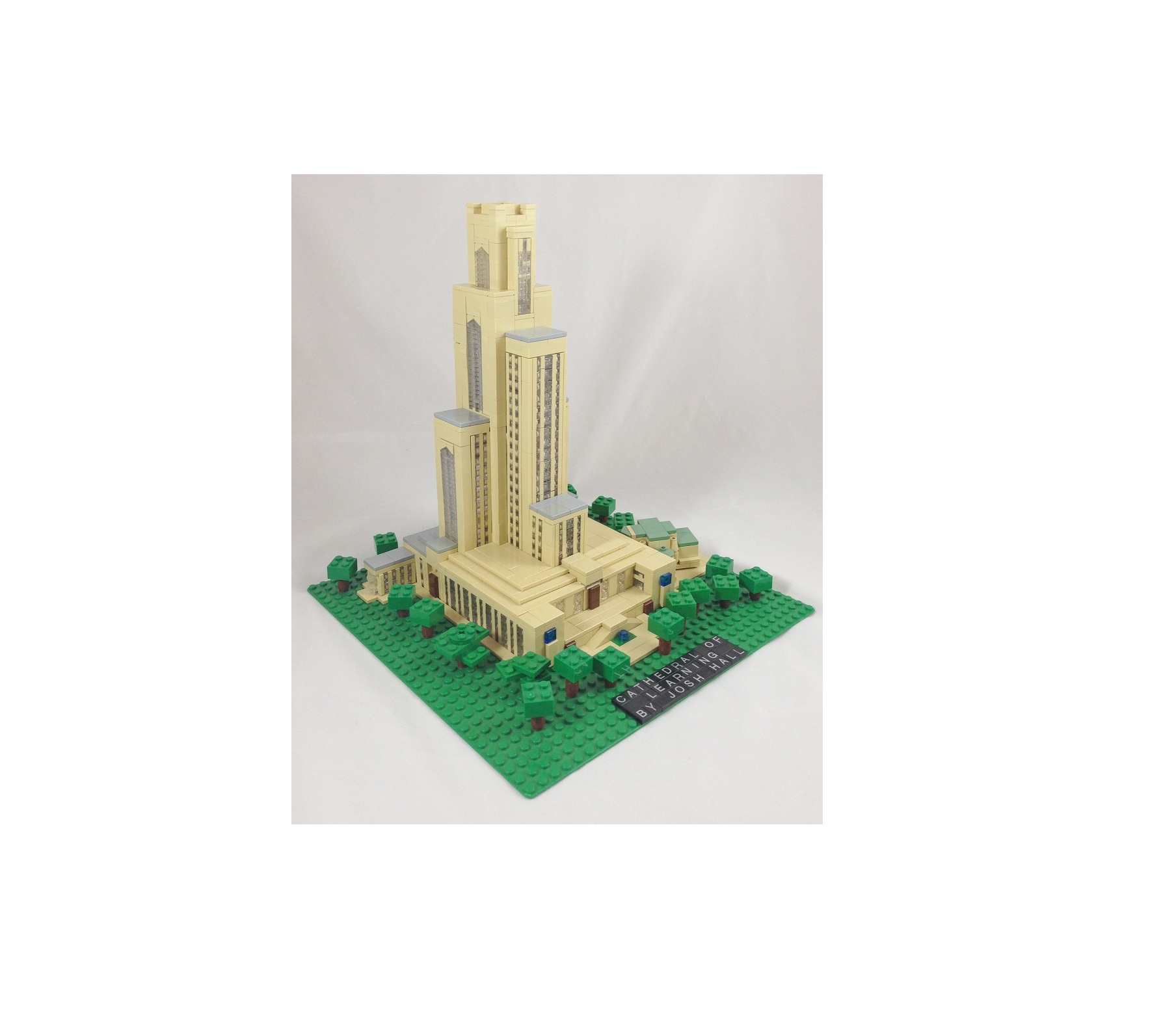 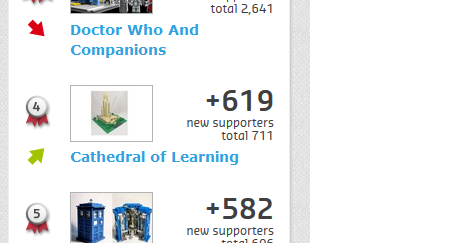 Thanks to everyone (University of Pittsburgh, Mayor Bill Peduto, Sally Wiggin (of WTAE), and MANY MANY MORE Pittsburgh fans that made the Cathedral of Learning the 4th most supported project of the week during March 3rd, 2014.