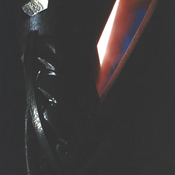 Undertale is an RPG developed by Toby Fox and released in late 2015 to great acclaim. Since then, many gamers have played it, with more than 40,000 reviews on Steam.

After playing the game myself, I was inspired and decided that I had to represent it in LEGO form. I have built several sets centered around this idea, but the one depicting Papyrus and Sans's House is the one that I believe is both one of the most iconic locations from the game and the one which I have received the most feedback on.

The model contains approximately 982 pieces and contains 4 minifigures: Frisk, Papyrus, Sans, and Undyne (armorless). The house separates into several segments, including the base, two upper floor segments, and the roof; this allows for greater customization for play and display. Note that this idea does not include the Annoying Dog.

The interior of the house depicts all the notable areas of the house, such as the kitchen, television, painting of a bone (currently without printing, unfortunately), and dirty sock beside the television, complete with a series of sticky notes that shows a conversation between the two residents of the house, the skeleton brothers Sans and Papyrus.

I hope you enjoy viewing this model as much as I enjoyed building it, and if you want to see more pictures of it and other LEGO Undertale models, you can visit my Brickshelf gallery at http://www.brickshelf.com/cgi-bin/gallery.cgi?f=561862. Thank you for your support!