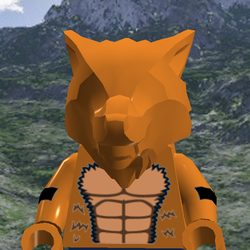 tofthetitan
5
This set is 256 piece battle waiting to happen.  Godzilla faces his arch nemesis King Ghidorah squaring off and about to battle each other; Godzilla preparing his atomic breath whilst Ghidorah's 3 heads wait to strike.
I built this set because Godzilla is one of the most famous monsters in cinema;  I thought it would be interesting to build a set around the character and one of his greatest enemies.
I believe fans of Lego will enjoy the fun building opportunity allowing them to build the King of the Monsters and fans of Godzilla will find the set fun and collectible.
The set features a buildable Godzilla and a buildable King Ghidora as well as a stand for the two minifig version of both characters.  Both of the monsters are fully poseable and articulated.  Now it's up to you to Let Them Fight.
5