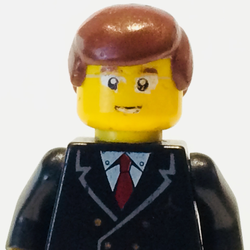 When I watched the movie Interestellar for the first time, I wondered, how cool would it be if the Lego Endurance set existed. It was then that I discovered Lego Ideas, and decided to make a project that had not been proposed before: the Lego Endurance set. In short, the Endurance is a space station designed for the enterplanetary exploration, being able to take up to five astronauts and two assistant robots. It has a design in which the modules are arranged in a circle, the station can rotate at 9.8 m / s and create artificial gravity. The station has two ships for an eventual reconnaissance flight (Rangers), and to carry station-planet charges and vice versa (Landers). I think most space fans like the movie Interestellar and would like to be able to purchase a miniature Endurance spacecraft built with Lego parts. That's why I need your support. I can count on you?