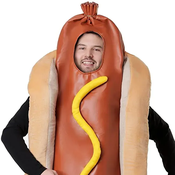 By big_pickle
15 comments
Greek gods in LEGO World!
The cult characters of mythical Greek gods are now in LEGO. There is a battle between them.
About the set
Beside figures of gods, set contains a little castle with well in the middle of the courtyard. This is where battle happens. Castle has four watchtowers (one of them hides Dionysus) and four gates.
In addition, we can find Helios' chariot of sun with two horses as an "engine".
Whole set is built from around 2450 pieces and contains 10 minifigures.
About the gods
Gods' figures are not exact. All of them are based on the images from internet and real sculptures made in past. This is the best version I can do. Every god has an attribute connected with them (also based on the internet and actual "Mythology"). List of them can be found in the images of set.
Thanks for checking out project and I hope you like it!