Lego Thunderbirds are Go: The Hood vs The Mechanic 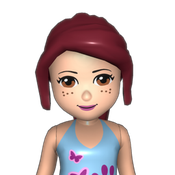 By Thunderbob BrickPants
3 comments
The Hood and his henchmen are out causing chaos, but the Mechanic, the Hood's former accomplice stands in their way with his fleet of Mechas to fight the Hood so he can be free from his mind control. Who's side are you on in the fight to the death?
Minifigures include
Features include
Reasons I made this set
I built this set on Lego Digital Designer and I used the Paint app on the computer for the minifigures' torso designs in their respective details.