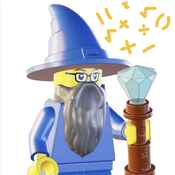 Description
Lava City is a collection of buildings built on small rock plateaus that rise above the lava. This city was founded on a planet covered in rock and lava, and was built by a combination of new and old technology.
Inspiration
This build started entirely by accident. I was working on another project, and I got bored and started randomly connecting pieces. It grew into LEGO “doodle.” I make these frequently, as you can see in some of my previous contest entries. They are basically when I get a bunch of bricks in one or two colors and just start connecting them all into a big jumble. This resulted in the Scientists Lab part of this build. I also had the castle that I had built earlier, and the idea grew from there, with a big bridge, and branching smaller bridges to other plateaus of rock above the lava. One I had made 2 or 3, my younger brothers saw it and wanted to help, so I let them build some additions as well, which I modified them when I decided to submit this to LEGO IDEAS.
Favorite Parts
My favorite part of this creation was the factory, with all its tubes and smokestacks, and the tower on its bridge. I also really like how the boat at the dock turned out, simply using a snowshoe, 1x1 plate, and a 1x1 slope.
Challenges
The biggest Challenge was simply finding enough pieces. This build used just about every orange plate in our house, and some of the orange bases aren’t quite how I wanted them.
What Everything Is
Since text cannot be added to the images above, here is a diagram labeling all the parts of the city: 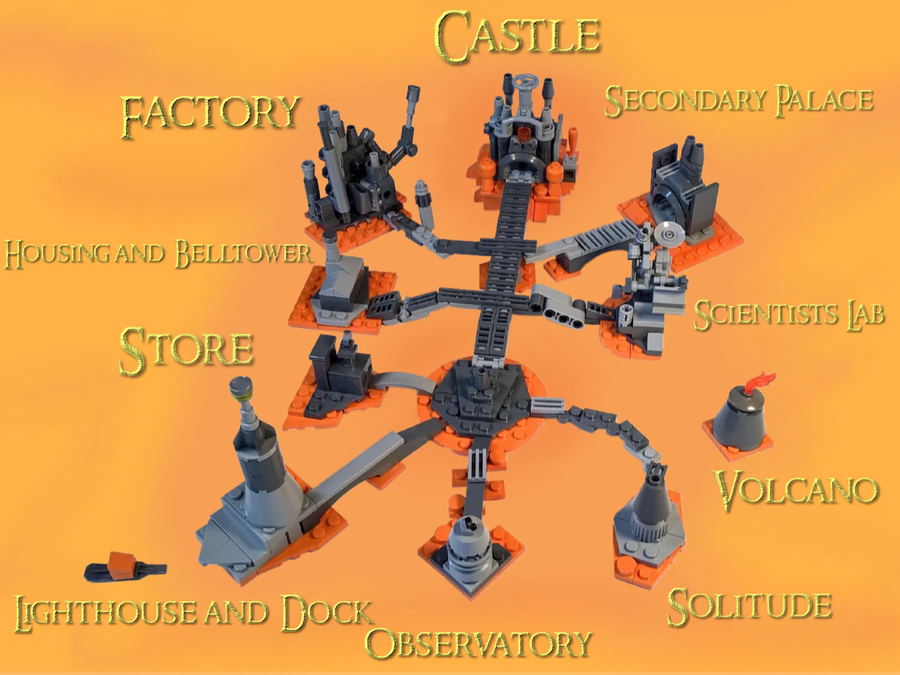 Castle- This is an older part of the city, with some steampunk upgrades, and sits at the end of the connection bridge.
Secondary Palace- Close to the Castle, this serves as extra space for the royal family, and is frequently used for meetings.
Factory- A major steampunk element of the city, this produces all the necessary things for the town, which are sold in the store.
Scientist’s Lab- This is the residence and workshop of the scientists and engineers who designed the town and they are constantly creating new kooky inventions, making their lab a messy jumble of pieces.
Housing and Belltower- This is where some of the citizens live and where the belltower is to tell what time it is.
Store- Where the products from the factory are sold.
Lighthouse and Dock- This warns lava sailors of the town and is a place where they can stop, restock, and rest.
Observatory- Where scientists and astronomers can go to study the planets 3 moons and many stars.
Solitude- An isolated building connected by a long bridge where people can go to find some peace and quiet.
Volcano- One of many in the area, that produces the lava and helps power much of the town’s technology.
Other Notes
Thanks for looking,
Math Whiz