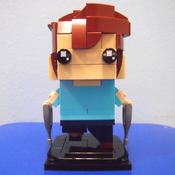 I actually managed to get it to work like the toy! :D

Other things that were changed are as follows 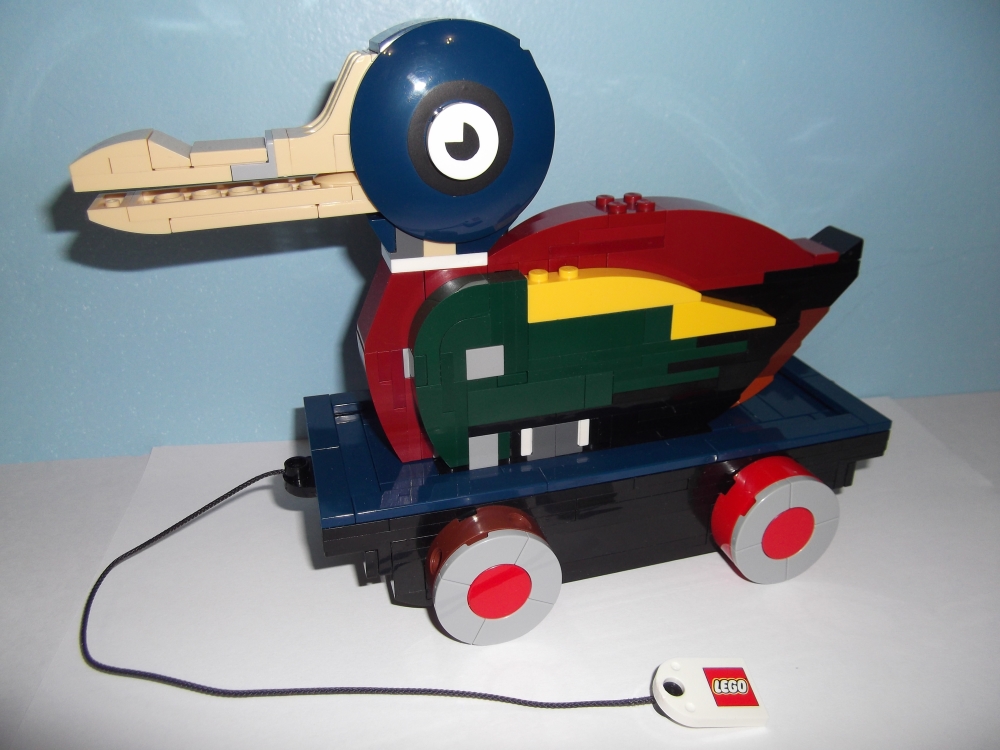 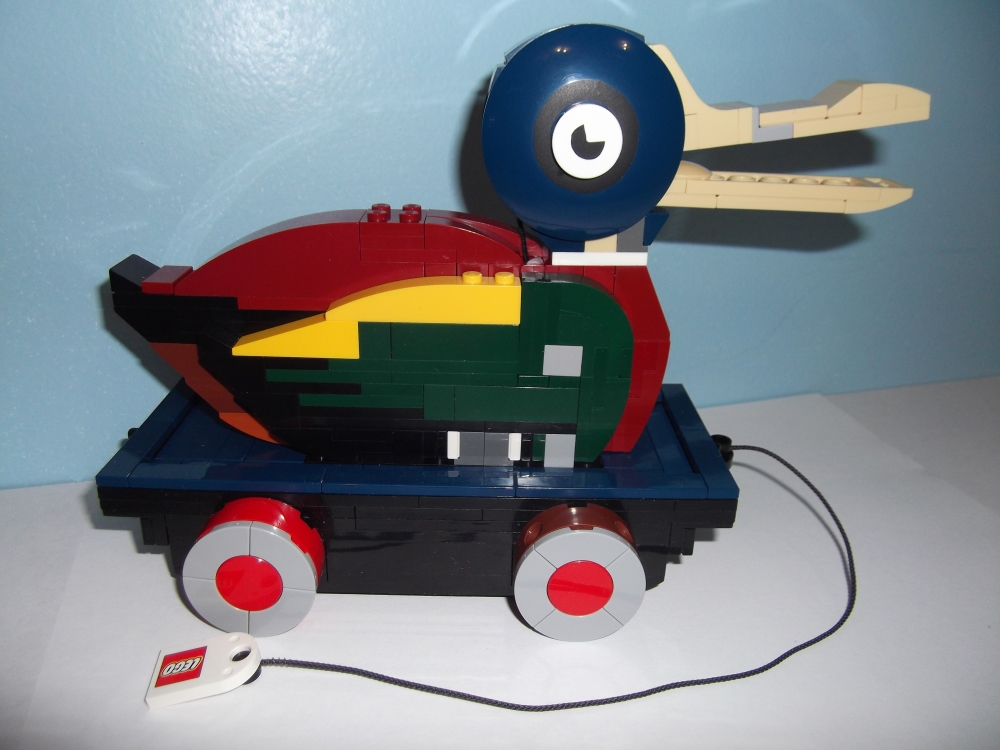 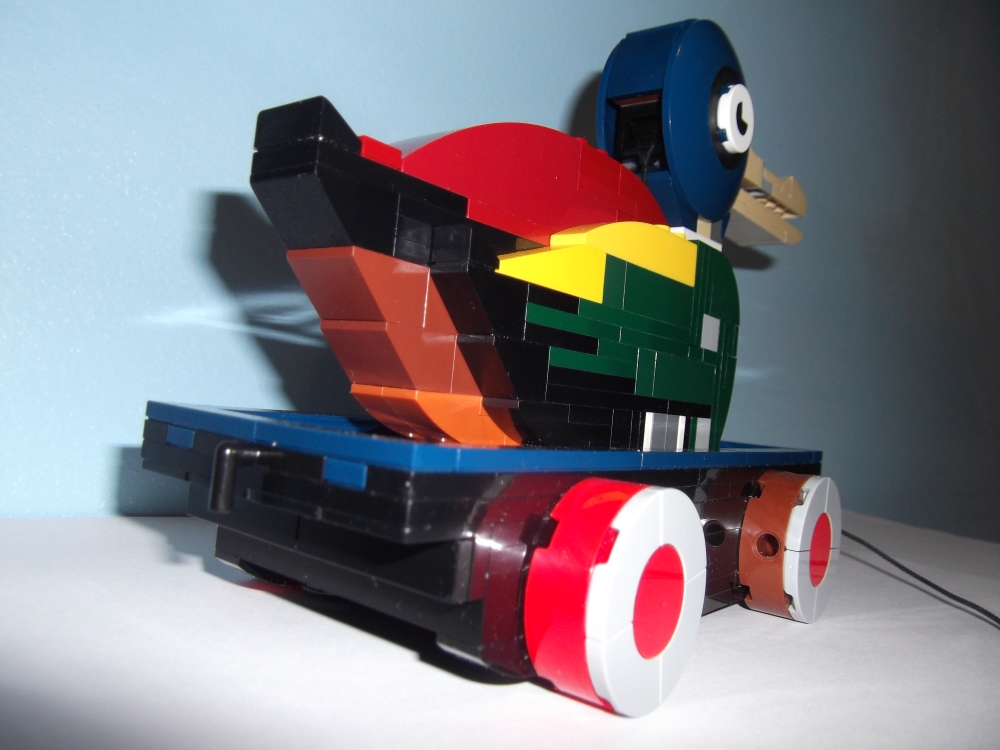 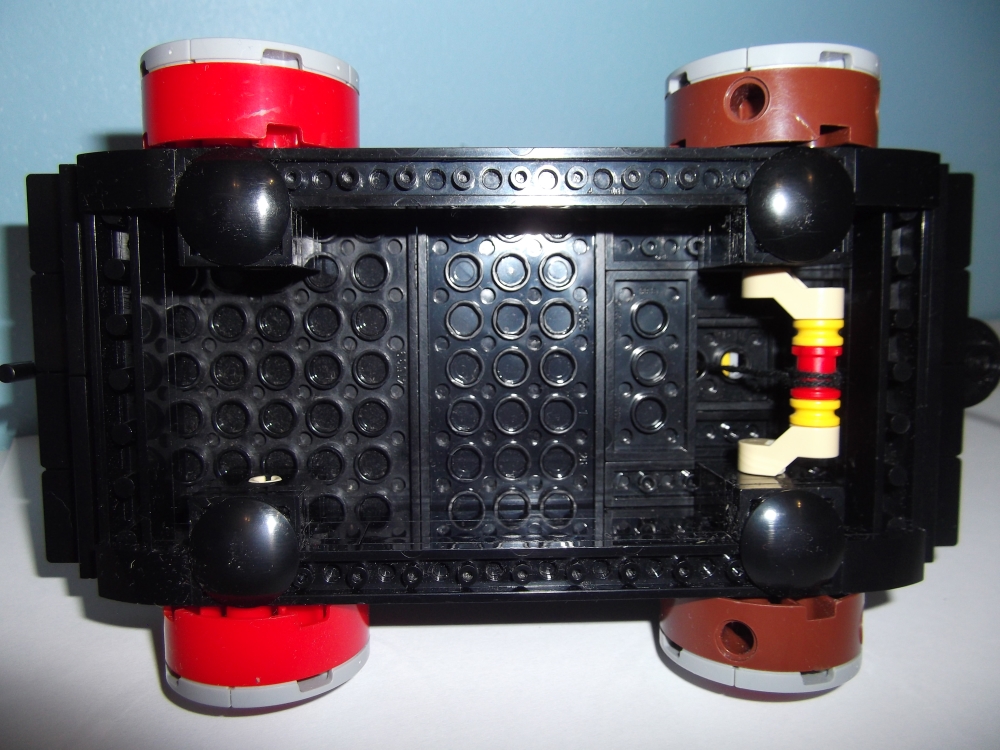 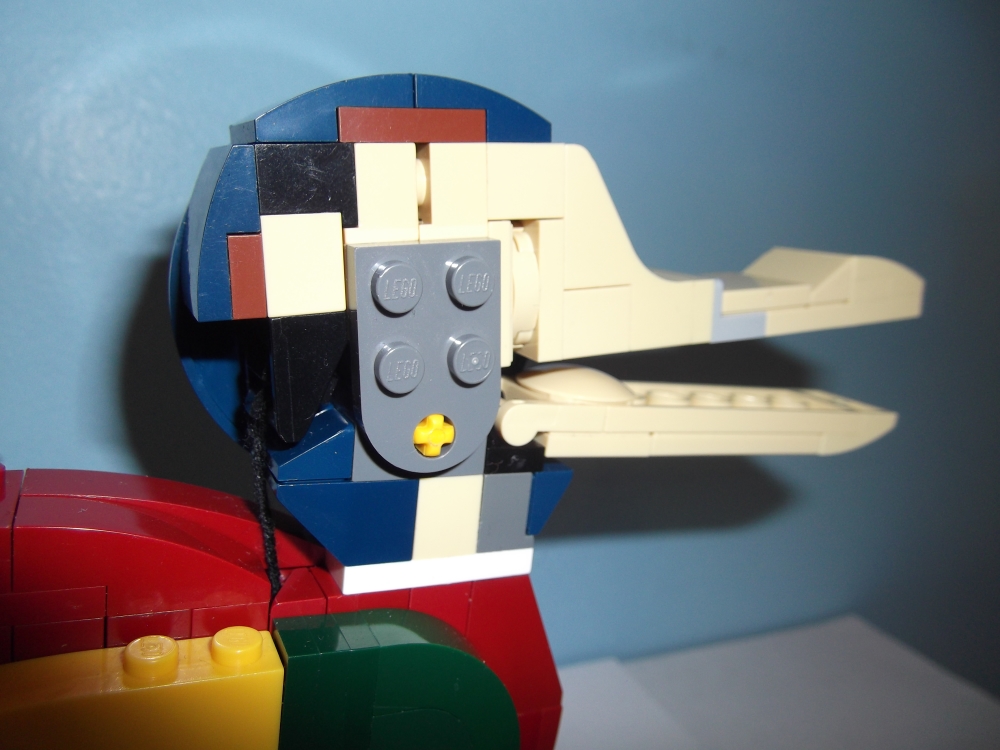 First off, I once again want to say Thank You for supporting, following, and commenting on the project. Only 17 more to go before reaching the first mark of 100 supporters! :) It would make a great birthday gift to see this project reach that mark by tomorrow. So please, if at all possible, spread the project around so more people have a chance to see it.

Now on to the changes, which are as follows: 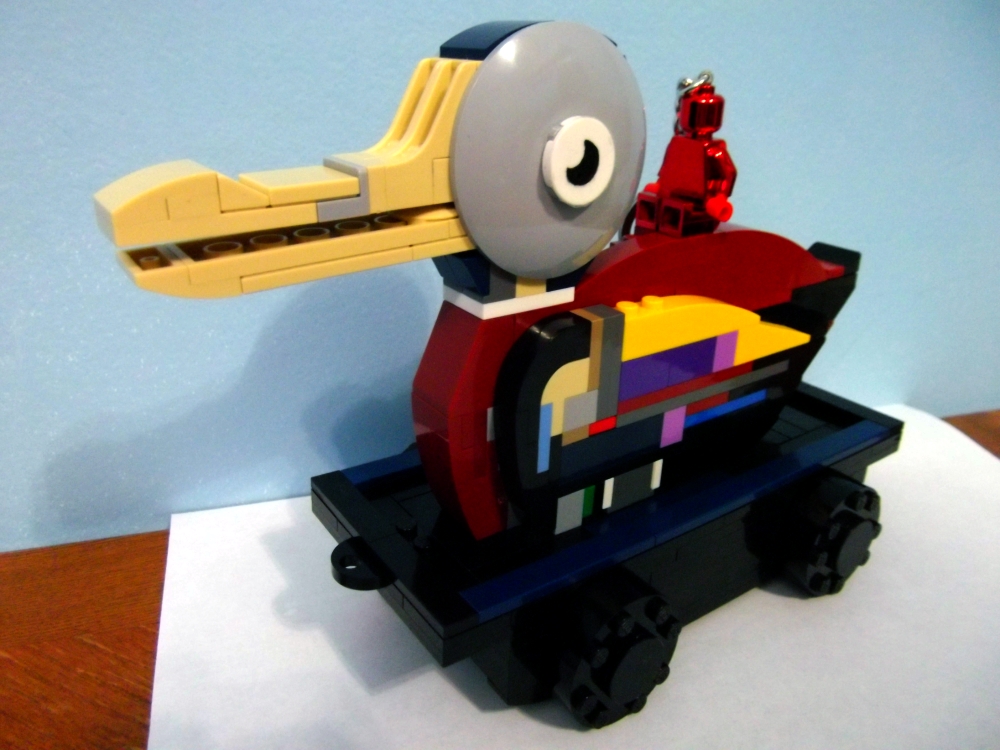 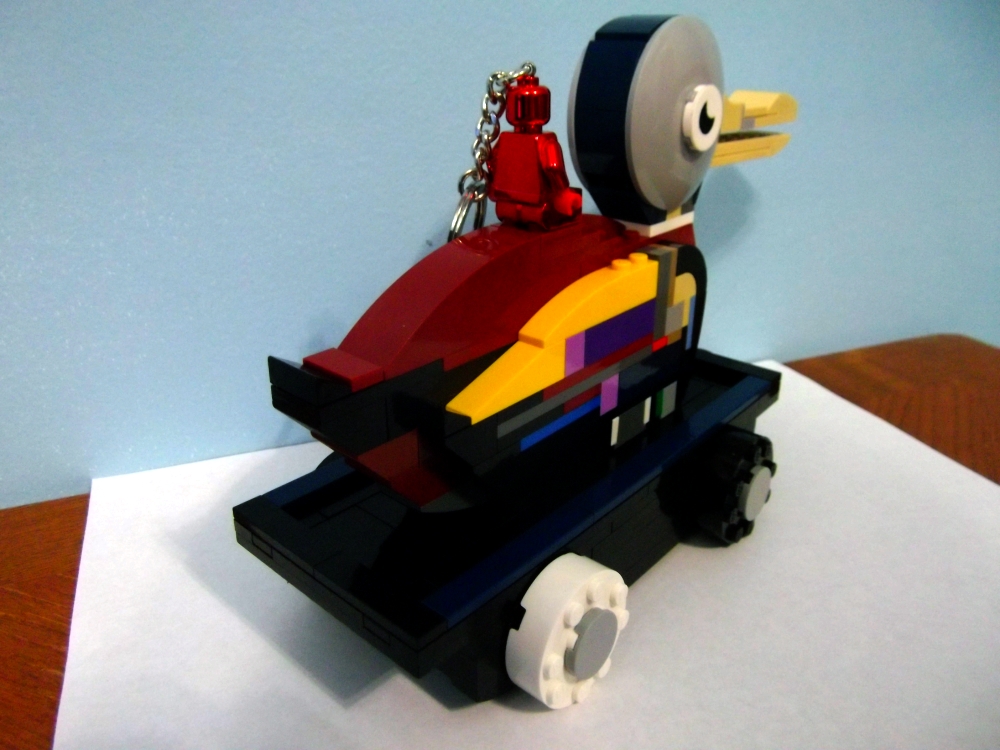 So those are the changes for right now. I have ordered most of the right colors for the duck itself, so the colors will be more accurate next update. The minifig is just there fore scale.

~ I have finished a brick built prototype of the duck minus the last back piece , which in the ldd file is one big slope piece I do not own. Most of the colors are wrong as well due to me not having the right colors or parts not existing in the right colors, but I am happy how it turned out. :) More than likely there will be more tweeks made. 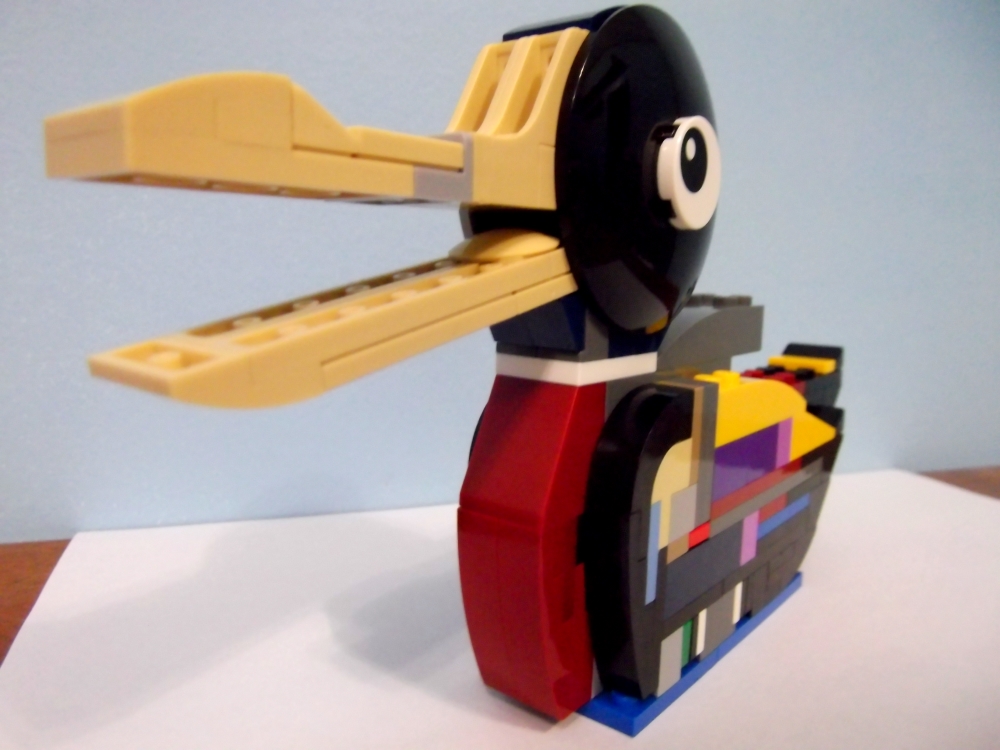 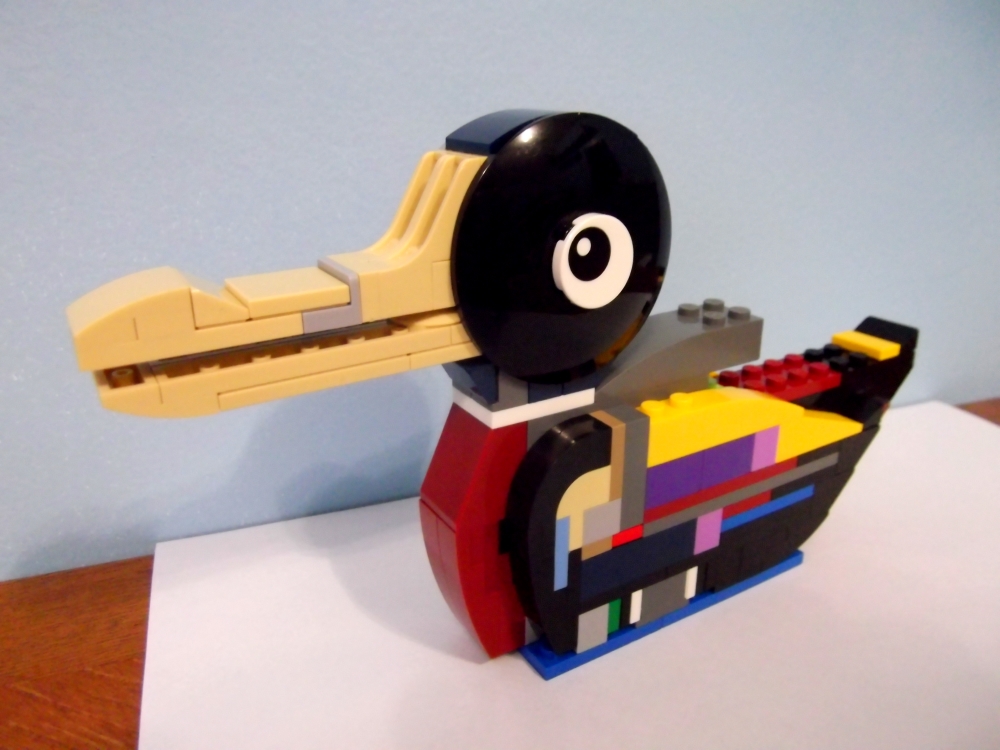 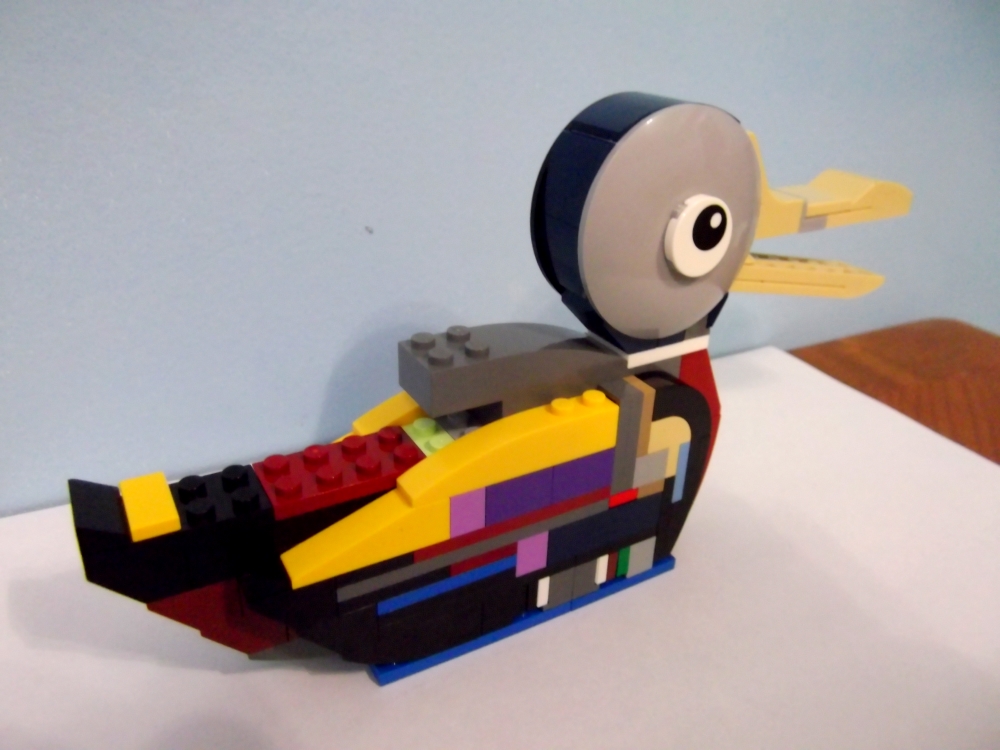 ~ Thank You to everyone who has supported, followed and commented on the project so far! I was not expecting to get almost half way to the 100 supporters mark in the first day.

~ Please be sure to share and spread the project around to gather support and have a chance of this becoming a real set!