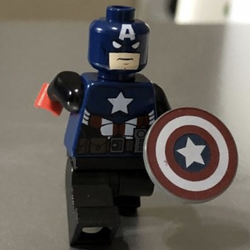 Surfs Up!  This set is a recreation of the Beach Boys album cover for Surfin' Safari which was released in 1962.  It was the very first album they released and it hit number 32 on the US Charts.  The set contains all 5 of the original Beach Boys; brothers Brian, Carl, and Dennis Wilson, in addition to their cousin Mike Love, and friend Al Jardine.  I built this potential set because I love their music and wanted to share the joy they bring me through a toy that brings joy to millions!  I think this would make a great LEGO set because kids will be able to play with the car and Beach Boy characters with their parents, and as a family relive some of their greatest songs!  Hopefully you enjoy this as much as I enjoyed designing it.
Contains:
5 original Beach Boys
362 pieces
18
202
days left