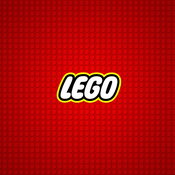 By Robert.Delaney
19 comments
The Bell X-1 was piloted by test pilot, Chuck Yeager of the United States Air Force (U.S.A.F.)
I built this in memory and influance of the late Chuck Yeager. His flying missions as an experimental test pilot are an inspiration to me as a child and now as an adult.
This would be the perfect Lego set because it captures the spirit, courage and inspiration of what a  true challenge involves and the progress of aviation in a time of unknowns and undiscovered. Along with the challange of what being the first aircraft the fly faster than the spend of sound ever (600 MPH+), it also captures the willpower and determination of what a USAF test pilot faced every day.