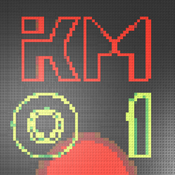 By HTMLflash
26 comments
Coming from the well known game series, Kingdom Hearts, my build for the most common keyblade in the series, the Kingdom Key, has now been recreated in Lego! I have designed this model to be able to fit in one's hand and comes with a display stand. Because of how many pieces it is, I do not recommend swinging it around for role-plays, but I think it could make for a fun (and somewhat comical) last minute cosplay prop.
I built this because I had felt like there are some people who are just the same like me, fans of Lego and Kingdom Hearts fans, and also wanted to take on the challenge of building something similar. I also wanted an extra building challenge for me, so I managed to find some time, draft things out, and then commit to the build. Overall, this took about
All in all, I managed to complete this build with only 864 pieces in the completed model.
I believe this would make a great Lego set because I think it would make a great addition to someone's collection and a great gift for anyone who is a Die-hard fan of Kingdom Hearts, much like I am. Every detail has been captured to it's fullest. The guard, the blade, the hilt, and yes, even the chain on the back end is all 100% Lego bricks. This has been hiding in my storage for some time and I thought I might finally get it out there.
I thank you for your support and please share this model!!