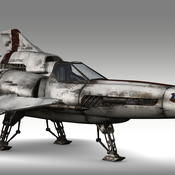 The London eye consisting of over 1400 pieces.

Here are some facts about the eye.

- The London Eye was officially opened on 31 December 1999 by then Prime Minister Tony Blair.            - Due to teething problems, paying passengers weren't able to take a flight until March 2000.

Where?   - The London Eye sits on the south bank of the River Thames in Jubilee Gardens, a few minutes from Waterloo station.

- To celebrate the turning of the new millennium in 2000. It was one of a number of projects to commemorate the coming of the third millennium, including the ill-fated Millennium Dome (now the O2), Greenwich.

- Sections of the London Eye were floated down the River Thames on pontoons. They were then carefully raised by a series of very slow cranes.