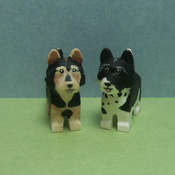 Good-bye and Thank You! 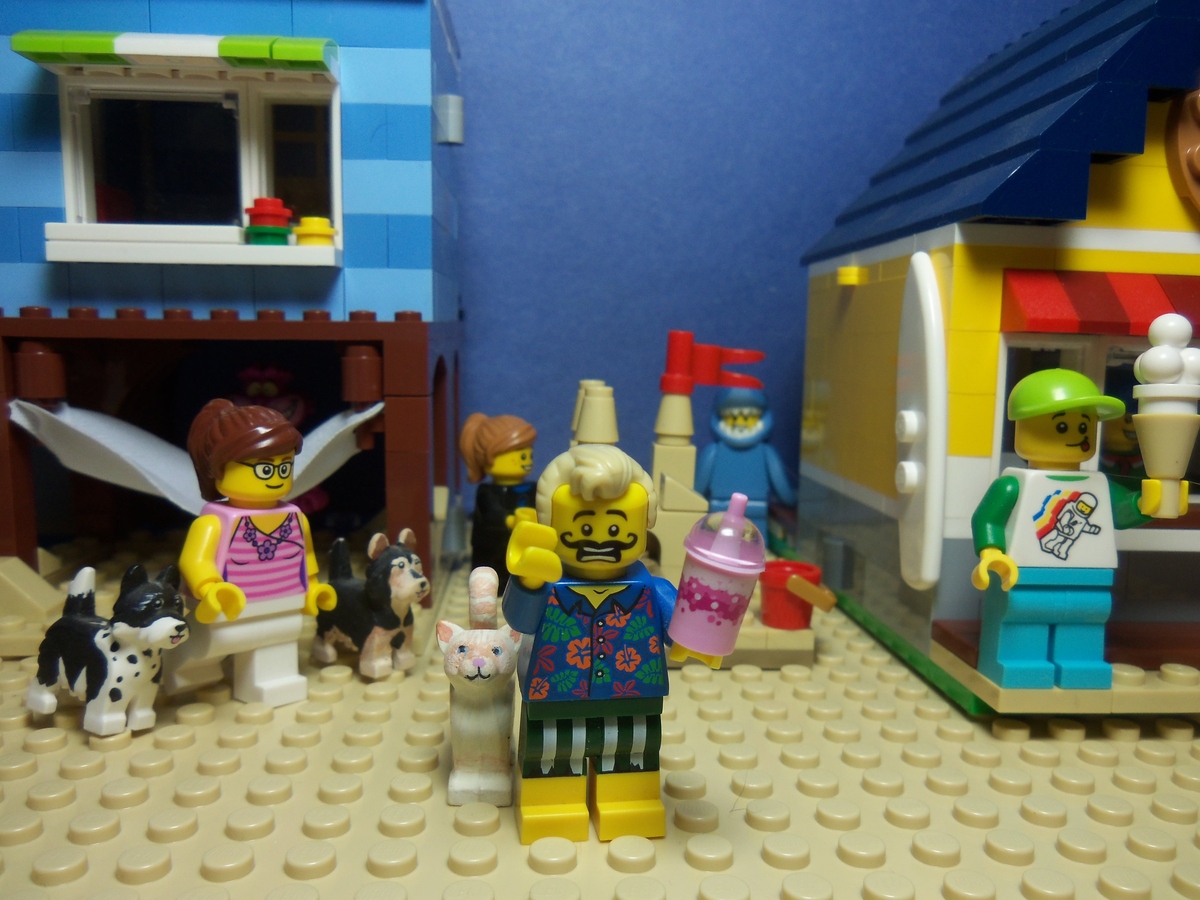 Hi everybody! With only a few days left, I just wanted to thank everybody who commented, supported and followed this project. This was not only my first project that I've posted, but it's my first MOC that I've ever built, so I am beyond happy that it received over 200 supporters and received so many wonderful comments, Thank You SO much! :D

I wanted to also say a special thank you to my good friend Catzndragonz (formerly known as Catznbears) for following this project from the very beginning and commenting on each and every update I've posted. Another thank you to SpongebobSquarepants for also being a loyal follower and commenting on many of the updates posted. And last but certainly not least, to my very good friend Bear, who was the one who encouraged me to join in on the fun of posting a project. Thank You SO much Bear for believing in this project and for all of your encouragement and support! :D

Don't feel too sad for Pierre though, he's taking a much deserved break and has gone on vacay on a tropical island beach. He's sent a picture to thank everyone for patronizing his pizzeria! :D

Any Way You Slice It 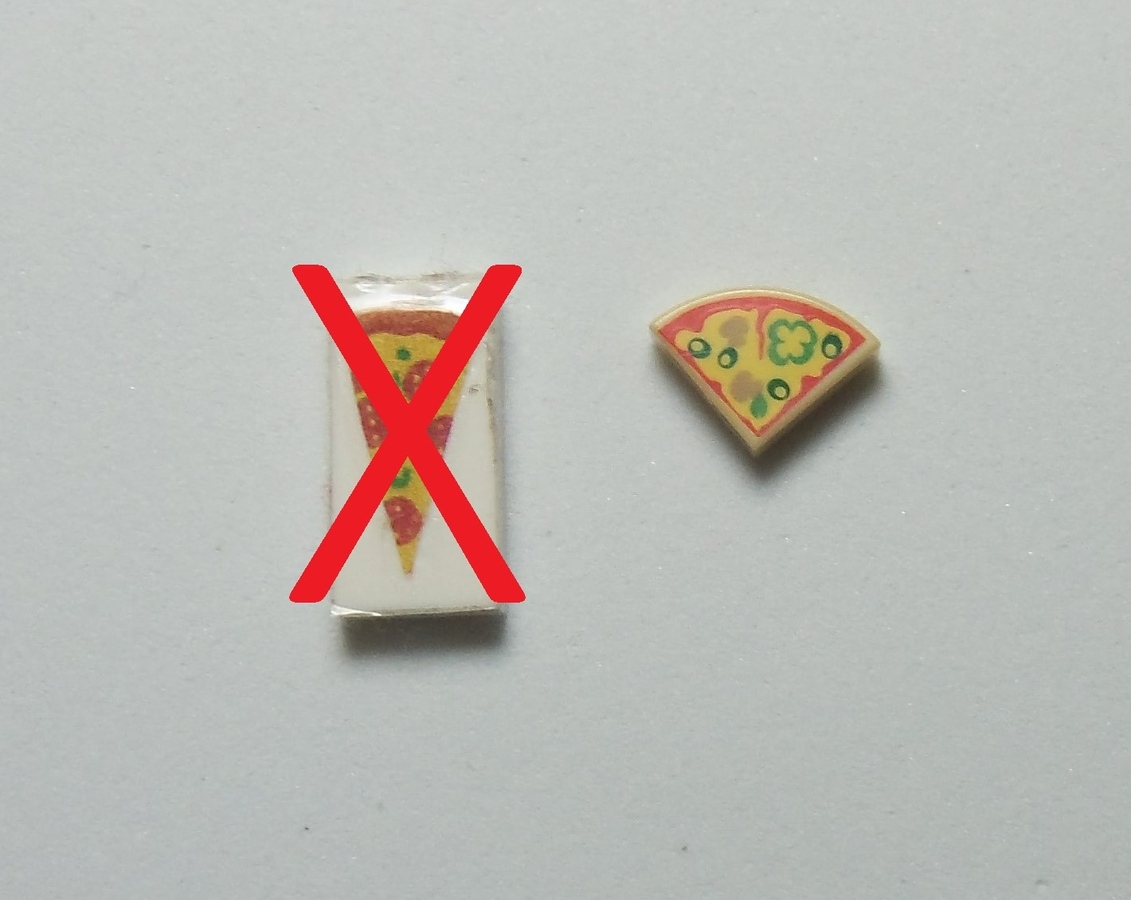 When I first came up with the idea of adding pizza slices to go with my project, Lego had not yet released sets with their version. I believe theirs looks miles better than mine, so I'm swapping out my design for the official Lego designed pizza slice :0) 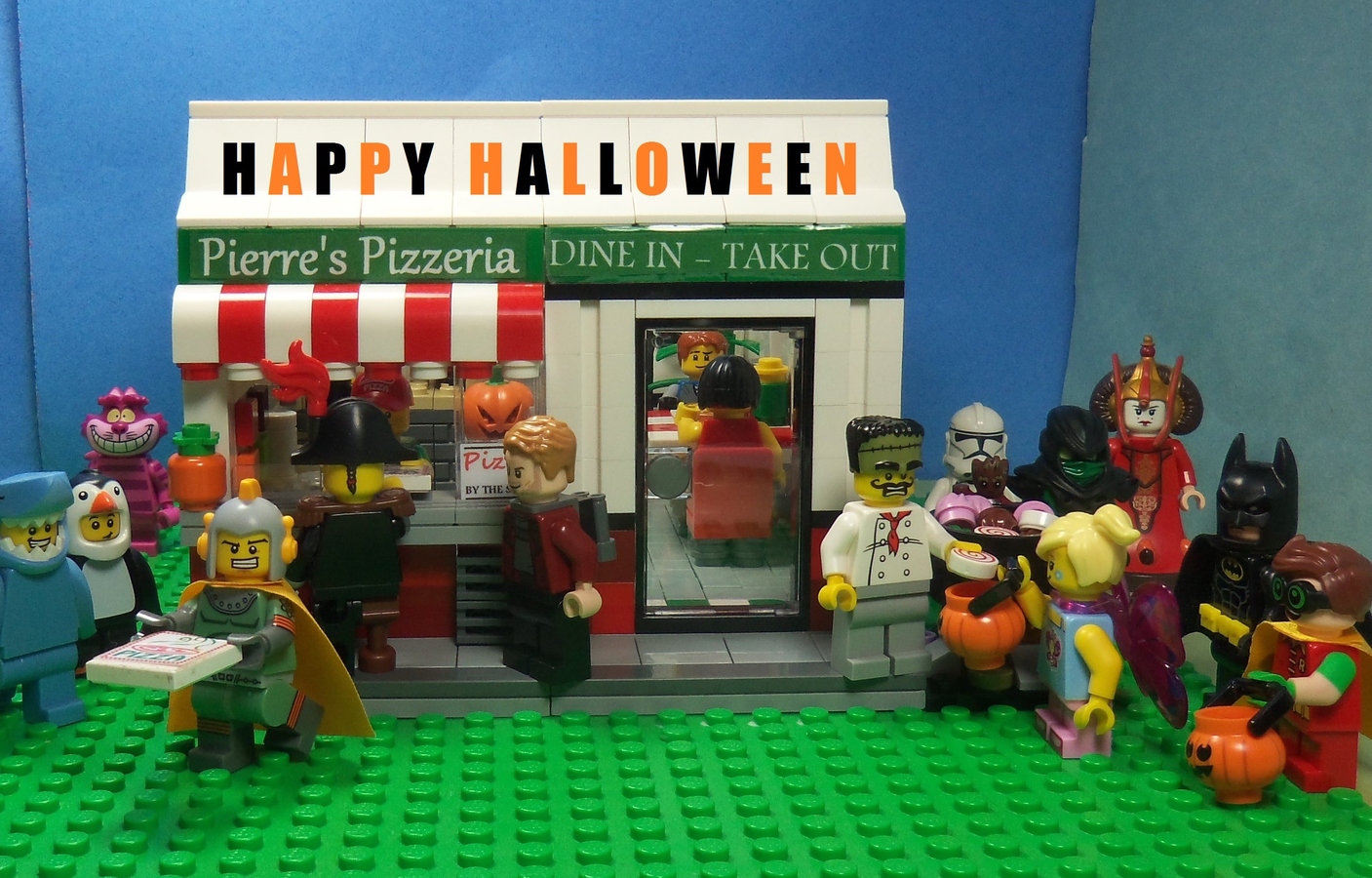 Pierre's Pizzeria want to wish everyone a safe and happy Halloween! :0) 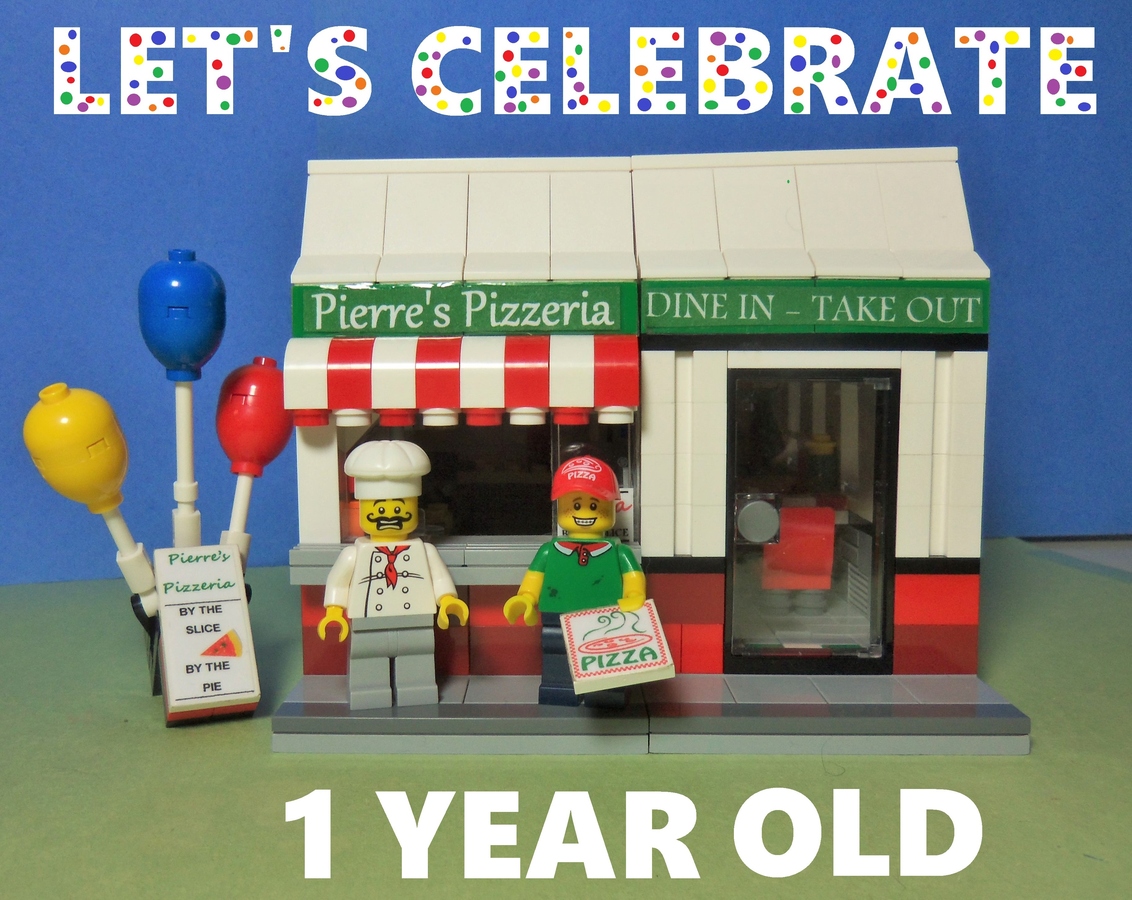 Pierre's Pizzeria has been open for 1 year now, and what a year it's been! I couldn't be happier that this has gotten so many great comments and 200 supports! I've made a video that highlights some of the features of this project that the pictures don't relay as well :0)

I want to thank my friend Bear for the great suggestion of making this video! :0) 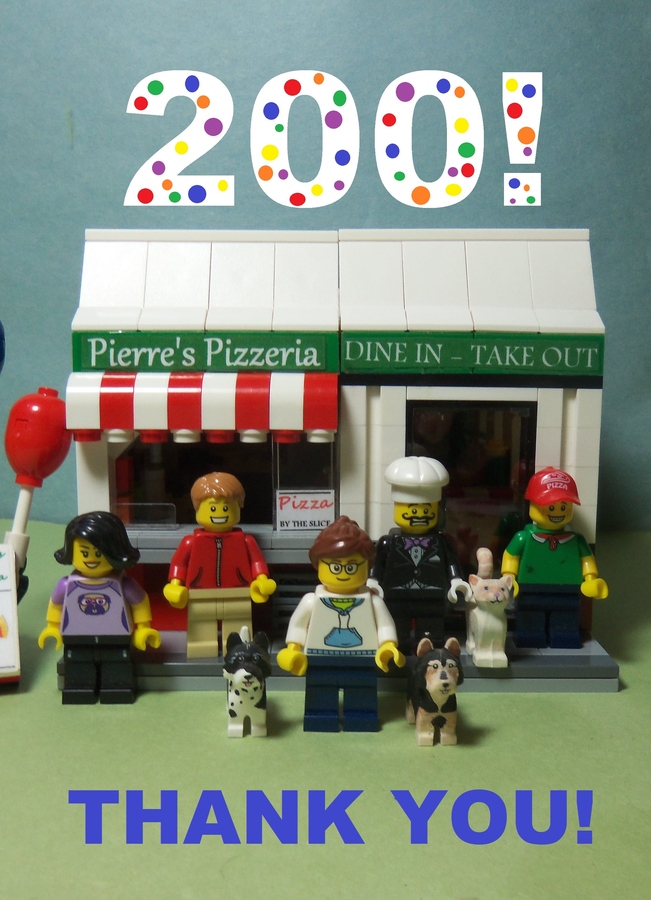 HOORAY!! Pierre's Pizzeria hit 200 supports this morning! I'm very grateful and want to thank all 200 supporters for making this possible! :0)

Please check out my Garden Gazebo project and support it if you like it, Thank You :0) 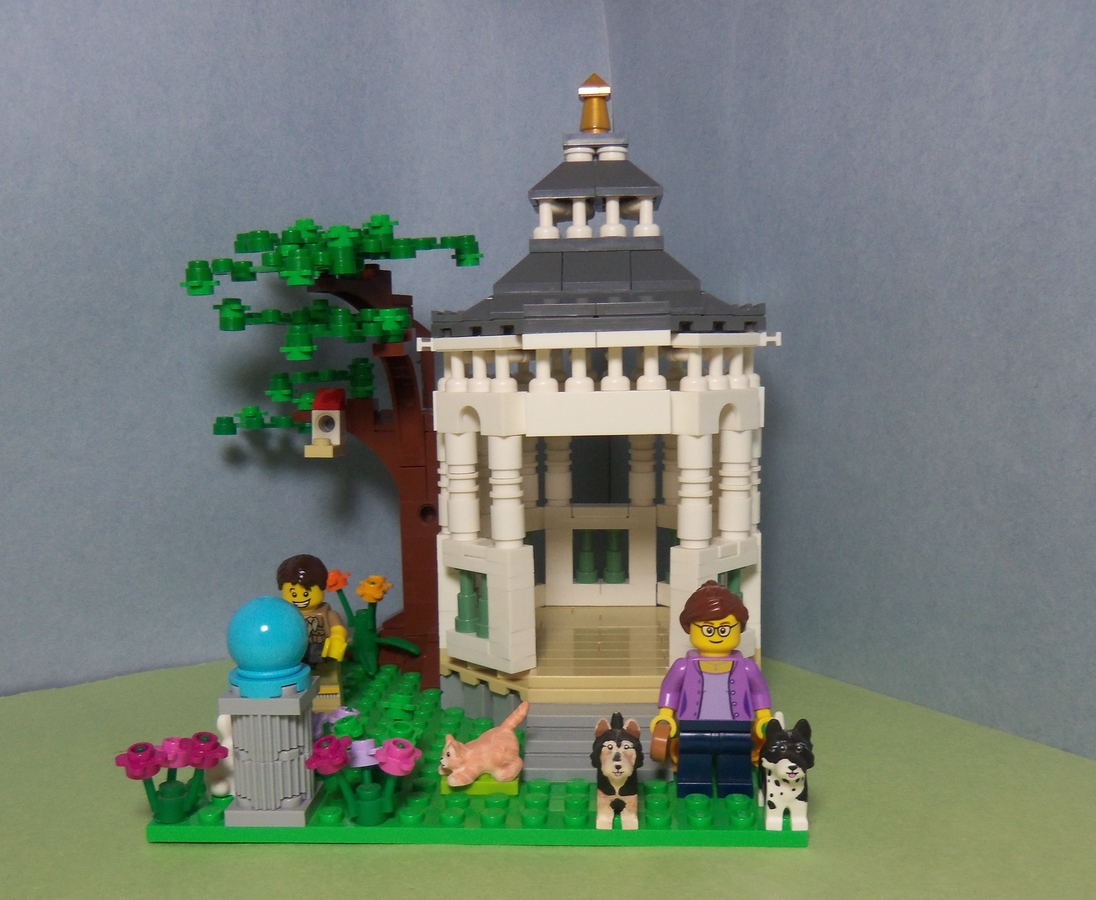 The Easter Bunny has paid a visit to Pierre's and has hidden objects around the pizzeria. Can you find all of them from the list below? 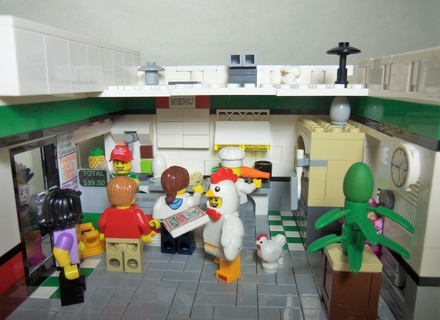 There are also 3 secret items, one hidden for each of Pierre's 3 most loyal supporters, Bear 7245, Catznbears, and SpongebobSquarepants. You guys should know them when you see them :0) 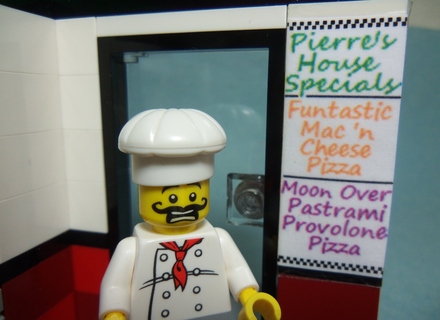 Thanks to comments left by Bear7245 and Catznbears, I got a creative idea to make a new sign for the interior of the pizzeria offering these Special Order pizzas! Thanks for the great idea Bear and Catz! :0) 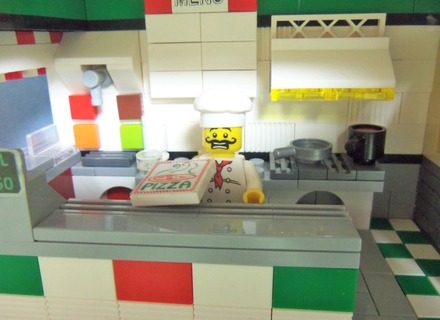 When I first posted this project, I had the idea of not just having Lego Fans, but Pizza Loving Lego Fans help me pick the six toppings to post on the menu board at Pierre's Pizzeria. Unfortunately, we have several in a tie, so I have decided to extend the Pizza Toppings Poll until this has hit 200 supports.

Here is the topping in first place, so far: Salami

Please feel free to comment on what your two favorite pizza toppings are and help me pick the six toppings that will be put up on the menu board. Thank You :0)