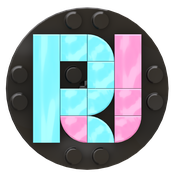 Who is Johnny 5?
Hello, Bozos!
Those who don’t know him,  Johnny 5, also known as “S-A-I-N-T Prototype Number 5” or Number 5 for short, is a very lively and inquisitive military robot prototype who’s perpetually hungry for more “input”. He is the star of the 1980’s movies Short Circuit and Short Circuit 2 and a TV special called Hot Cars. He became sentient when he was luckily struck by lightning during a combat demonstration.
Although he is designed to serve the military as a robot prototype, he has an adorable child-like behaviour and has a great respect for life. He is a peace-loving robot and refuses to use his military capabilities to harm others. Despite being very intelligent and inventive, his naivety and trusting nature has been taken advantaged of on several occasions.
Why Make a Johnny 5 Lego Set?
In Short Circuit 2, Johnny 5 set up a new business with his old friend Ben Jahrvi that builds and sells toy robots made in Johnny 5's likeness. This little robot never made it into actual production after the film. Johnny 5’s popularity and the unavailability of access to these cute little Johnny 5 robots made people clamour for this toy. To date anyone can google sites for 3D printing Johnny 5 robots and websites dedicated to producing both life-like and miniature Johnny 5’s. Johnny 5 is one of the iconic fictional robots in cinema to date. He’s part of every child who’s lived through the 80’s like me who are now AFOLs and longed for the Johnny 5 toy that never came out.
Design
This model is fully motorised using Powered Up motors and hub and controlled through a mobile device using the Powered UP App. It uses Technic parts to ensure stability of the structure, and System parts to capture the look and form of Johnny 5.
The following are the playable features of the model:
Movement – This model can move around on tank tracks and uses skid steer to change directions.
Body – Johnny 5’s body can tilt using a Powered Up L motor and controlled using a mobile.
Arms – Arms can be raised and lowered individually using the Powered Up App. The fingers can be adjusted manually as well as the elbows.
Head – The head can be tilted and turned using the Powered Up App.
Eyebrows – Eyebrows can be manually adjusted to suit the desired facial expression.
Laser – The laser at the back can be raised and lowered using the Powered Up App.
Total Pieces: 2,711
Dimensions:
Studs: W 68.4 x L 36.1 x H 73.5
Inch: W 21.5 x L 11.4 x H 23.2
cm: W 54.7 x L 28.9 x H 58.8
Weight: 99.8 ounces or 2.83 kg
Watch the video below to see his movements: