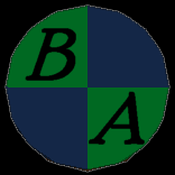 By Brick_Architect3
5 comments
This Idea is full of some cool but creepy stuff. This "Haunted Manor" includes: six rooms- The Ghost's mine entering, The Swamp creature's swamp, The Goblin's dinner table, The Mummy's tomb (which includes the well going down to the Swamp), The Vampire's room, and the janitor Skeletons' room. and also comes with four out side rooms which can be change between themselves: The Bat's Cave, The Headless Horseman's stable, The Gargoyles' stand, and the ware wolf (which can be turned around to a man) cage. It also comes with 17 characters including: The Vampire (keeper of the "Haunted Manor"), two Skeletons, three goblins, a Mummy, the swamp creature, Two Ghost, a scared man, a bat, the headless horse man, two Gargoyles, a ware wolf, and a man. and along with the over grown look all around the outside, this idea comes with 50+ glow-in-the-dark pieces.