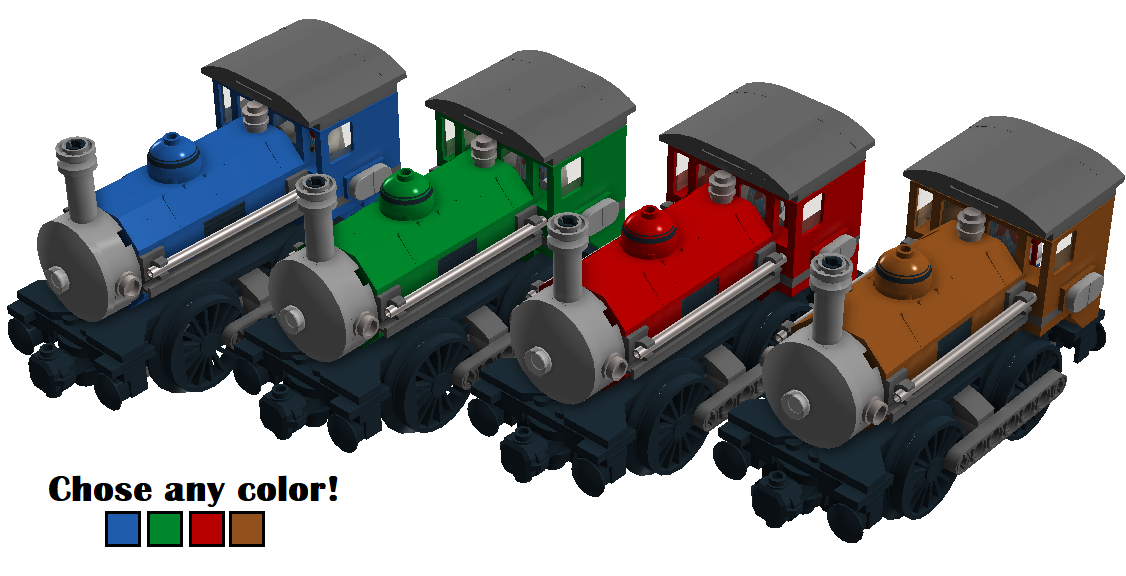 As shown in the picture above, there are four clones of the same model, but each model's main color is different. The scrapped concept that this model had was a choice of color. The customer could choose one of four colors for this model: Bright Blue, Dark Green, Bright Red, or Dark Orange.

The reason this concept was rejected was because LEGO Ideas projects could not be a series of separately bought items. If this were not the case, it would have been either accepted, or it would have been rejected again because it is based off of the My Own Train series concept where the customer could chose the colors of his or her steam locomotive.