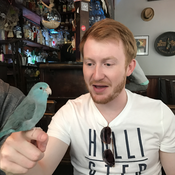 Having been to San Francisco, I was amazed to find that a city with so many iconic structures and features had never been officially captured by Lego Architecture.

Thusly I have taken matters into my own hands and I can present to you my version of the City Skyline with the buildings and attractions that I believe capture the character of the Californian bay:

I could go into detail of each of these components rattling off a few facts about dimensions and completion dates etc. but I know you're not here for that. You're here to enjoy observing the efforts and creations of Lego enthusiasts alike, so I will leave the research part up to you.

I hope you like it and by all means support it if you do!