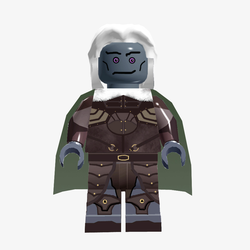 Kortofertos
0
The Drow means Dark elf called Drizzt Do'Uorden from the book "The Icewind Dale" writen by R.A. Salvatore this is the basis of the theme and idea.

The main activity is about Drizzt Do'Uorden. He fights evil that comes throughout and everywhere sharing glory with his friends.
Who red the book knows the way of Drizzt - good example for kids + they can be interested in reading the book, if they have never read it.

Main sets for Icewind dale by now:
1. Wulfgar training ground. The place where Drizzt have trained the mighty barberian. Small set which includes only his minifig.
2. Forging the Aegis-Fang. Recreates the scene when Bruenor goes to forge his mighty weapon. Comes with only his minifig.
3. Battle with demon. Comes in a cave with several action triggers for traps. MF included: Drizzt Do'Urden, Errtu, Guenhwyvar.
4. Fighting the white dragon, Ingeloakastimizilian. Set comes with an icy cave with treasure pile. Main action is at the top, where the icicle falls on the head of the dragon. MF: Drizzt, Wulfgar.
5. Crystal tower. Fighting the Akar Kessel at his quarters. This is a tower set in three levels. The first have goblin guards and the secret pass-door. Second have few interesting places. And at the top the quarters. MF: Drizzt, Regis, Akar, Guenhwyvar, two goblins.
6. Battle at the gates of Targos. This set could be combined with the previous one. Includes City gate some snowy land and many minifigures. 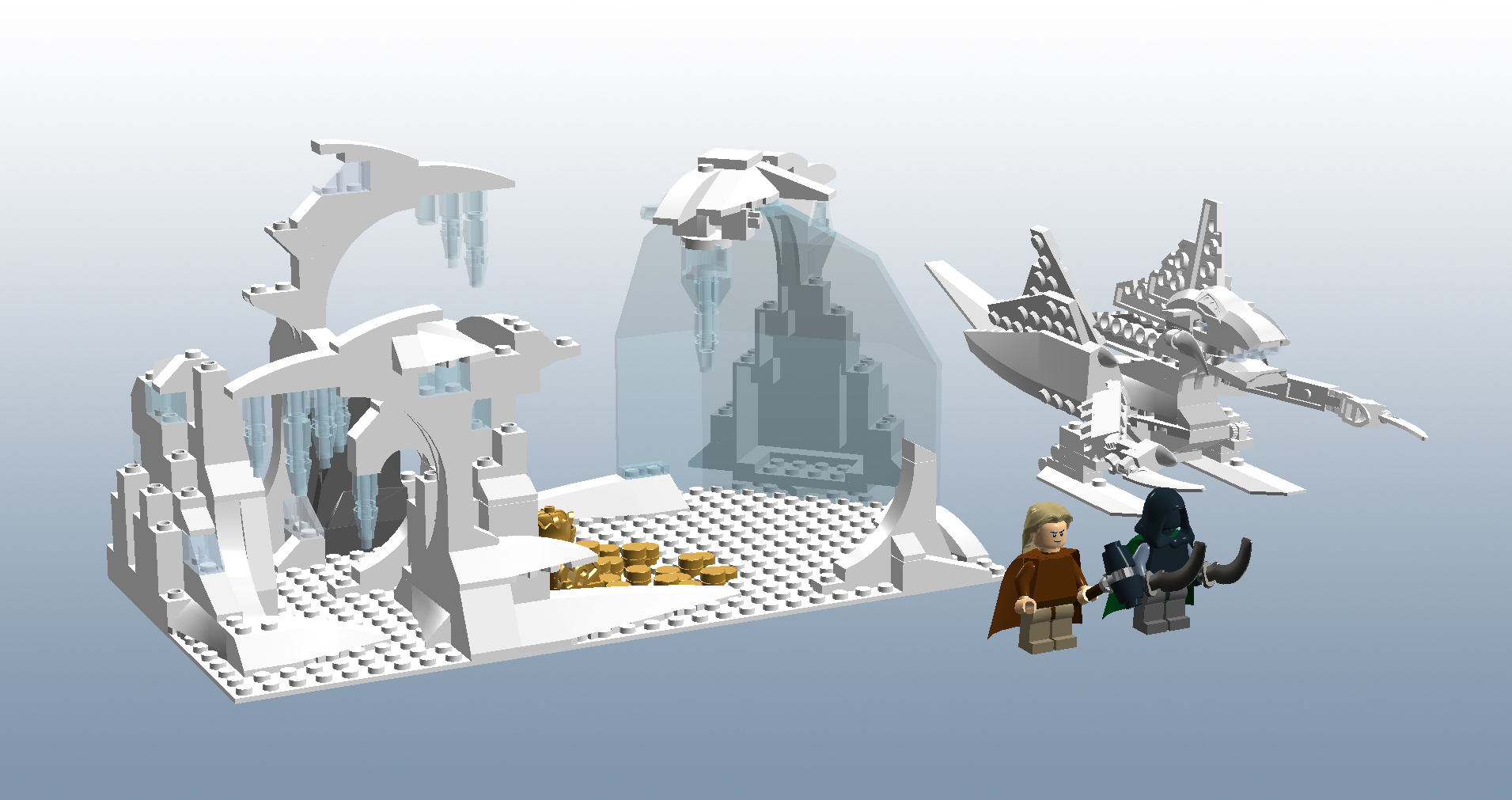 From the Icewind Dale trilogy of R.A. Salvatore I've created a scene where Wulfgar, son of Beornegar goes to defeat the white dragon Ingeloakastimizilian in his icy cave. He was followed by his friend and teacher Drizzt Do'Uorden, who helped him in his task.
This is a forth set of the theme line.

Wulfgar is barbarian with a two-handed hammer called Aegis-Fang.
Drizzt is a D.Elf with two scimitars (but not these on the image, it must be unique type developed specially). Also he will find here another sword that has ice magic in it (Ldd has no transparent swords) 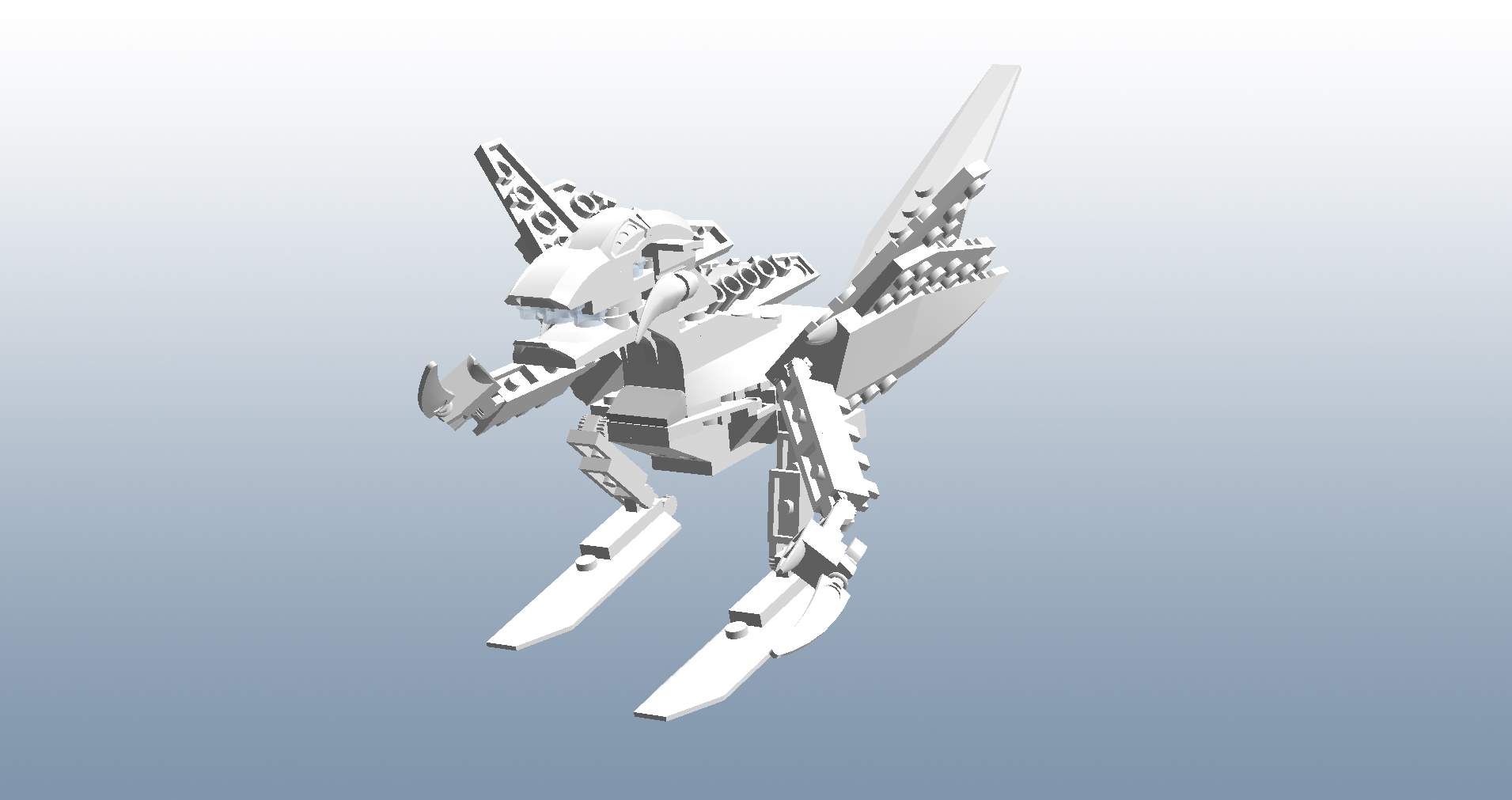 Flexibility of the dragon. Almost anything can move and in different directions. 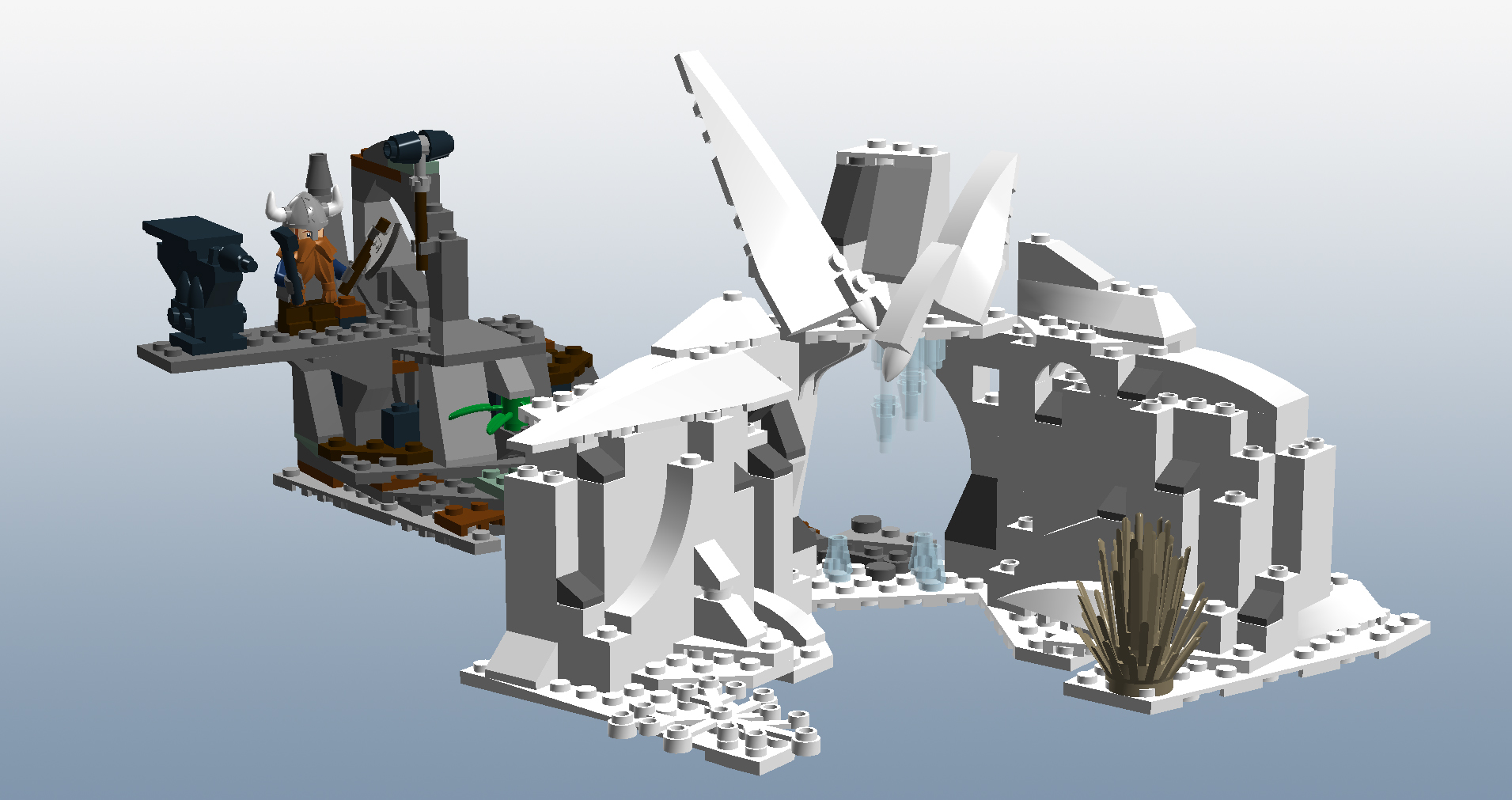 The second set - Forging the Aegis-Fang. Bruenor went to a secret cave where he took special dust and a a piece of mithril to forge his the most precious masterpiece.

The left and right snowy rock panels can move and the way to the anvil also moves. 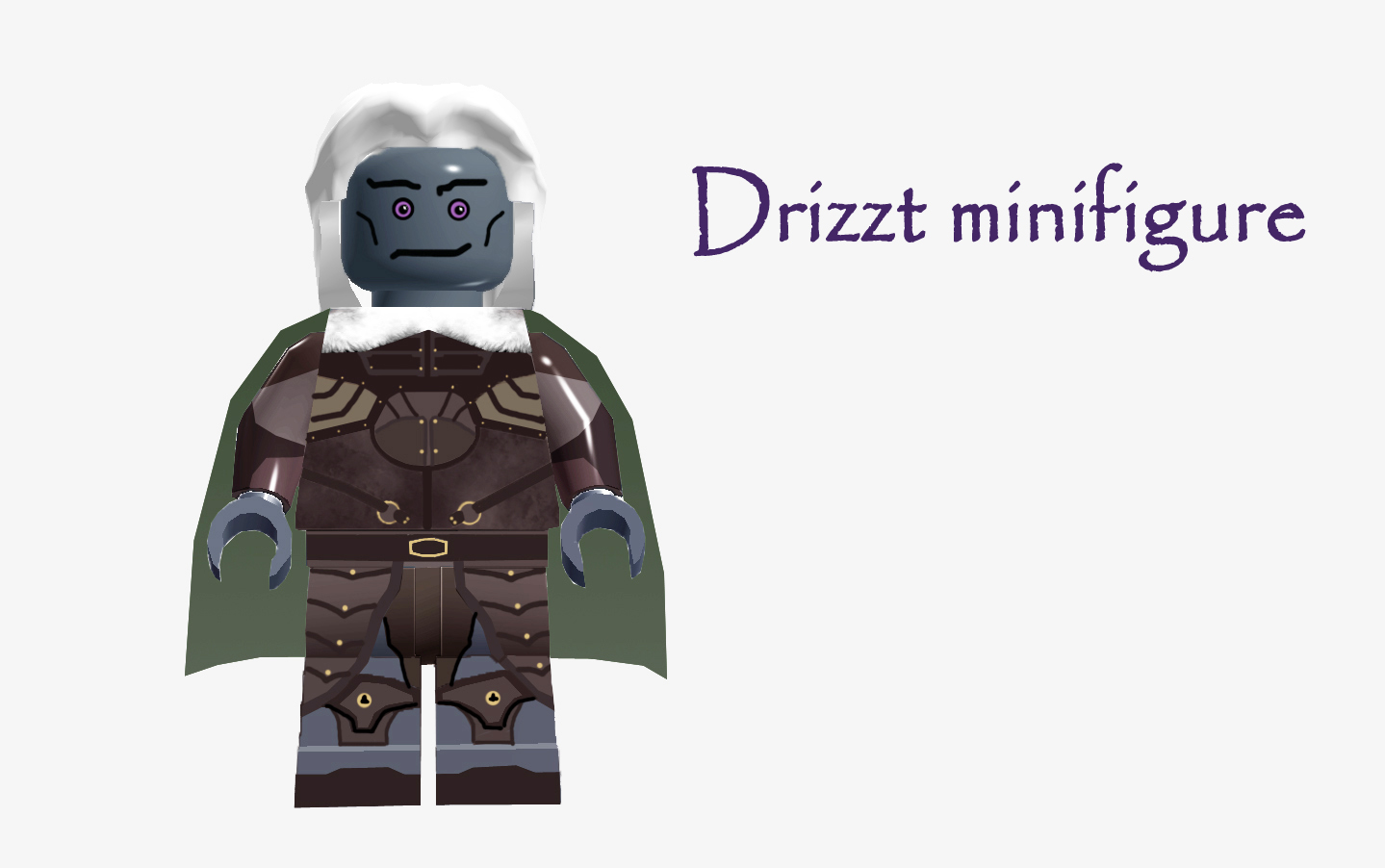 Drizzt Do'Uorden minifig.
Missing 2 scimitars only) but it must be better that the official blades.