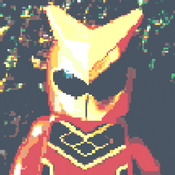 The bike shop is a ridiculously tall three story building, with an apartment on both the second and third floors. The restaurant, also known as the Crab Kitchen, is a bit smaller, having only two floors: the restaurant and an apartment. The story behind this model is that an inventor, Dr. Douglas M. Turner, is attempting to find a way to have infinite power in the year 2049. He meets a boy named Ted, the restaurant owner's son, who is insanely good at chemistry, and together they work towards Douglas's goal. Douglas lives two stories above the bike shop, which is owned by Alan from the building's middle floor.

The bike shop has brick detailing on the facade, and features ornamental window trim on the second and third floors. The roof features a classic vertical half circle common among American architecture. For the Crab Kitchen, I tried to make it look as Japanese as possible, with a black, shallow-pitch roof.

In the bike shop there is a tiled floor, a few bikes, some surfboards, a couple helmets, a checkout counter, and even a pair of roller skates. An elevator takes you up to the second floor, consisting of a kitchen, a bedroom, a table, a bathroom, and a washing machine, and the third floor, where you'll find Douglas's home, which features a desk, a kitchen, a bathroom, a Murphy bed, and his lab space. I got the idea for the Murphy bed from the Parisian Restaurant, and made it a bit narrower for this one.

The Crab Kitchen features two tables, a bar, a full kitchen, and stairs out back leading up to Bruce's (Ted's dad's) apartment, which includes a dining table, two bedrooms, a bathroom, and a small kitchen.