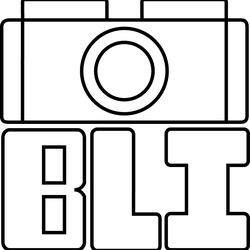 A big part of Dagobah is the Dark Side Cave. Here Luke feels something cold, dark, and powerful inside. Yoda instructs Luke to enter, but he doesn't need his weapons. 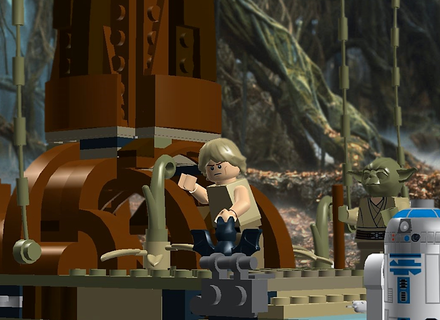 Luke walks further into the cave, sensing something growing near. 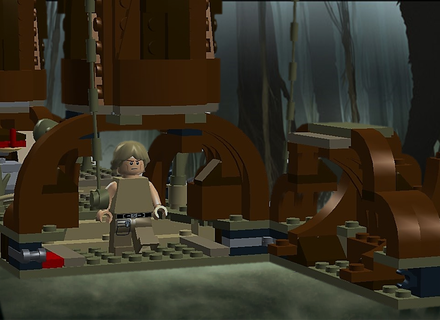 It is Darth Vader! Luke takes out his blue lightsaber, the one instructed that he would not need, and battles Vader. 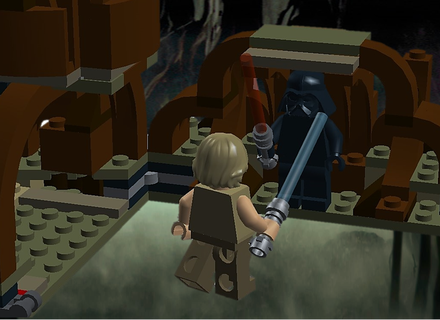 If Vader was included in this set he would have the new, 2015 Death Star Final Duel, helmet. His face would have a Luke Skywalker print, like from the movie, and he would definitely have his black cape (the cape would not connect where Vader is standing in LDD, but it would in reality).

To the fans: I hope you guys enjoy these pictures. They aren't the highest quality, but I think they show what this part of the set can do. Tell me what you guys think about adding Darth Vader to this set. Would it work or is it a stretch? Thanks so much!! :-)

Here's a picture of some things you can do with this set: 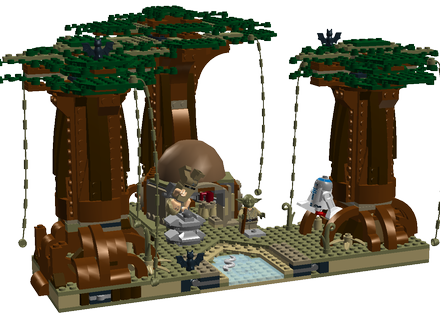 Sorry that it is not the best quality. I am still have trouble with the LDD to POV-Ray Converter taking too long. If anyone has any suggestions on how to fix this or any other converters please comment. Thank you.

I plan to make more, higher quality shots of this set and the things that it can do. For now here is an updated cover photo. 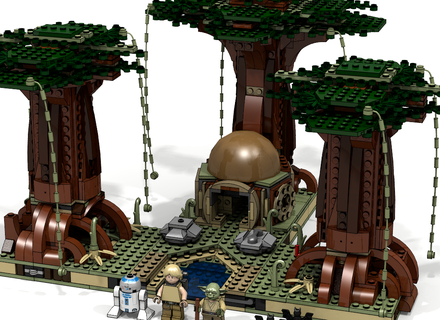