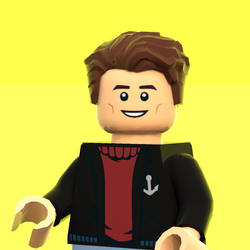 Hello everyone and thanks for being interested in this creation.

To call it my own creation would feel a little wrong – because what I did is more to convert a great timeless design from wood to bricks. This chess set was designed by Josef Hartwig in 1924. He was a teacher at the famous german art school bauhaus that combined crafts and the fine arts.

His redesigning of the traidional chess game changed it's appearance from a war imitation to a pure logic game. Instead of giving the chessmen a realistic style, he based their form purely on the function and form of the manoeuvre of each piece. Typically for bauhaus modernism, he only used basic forms like cubes and spheres for that. That's why his chess set is just perfect for a brick remake!

Of course the set includes everything you need for a chess match:

The reason for me to create the board without knobs is that I really often slide chess pieces over the board while playing. Also I think the clean look resembles the original much better.

I really hope you like my idea. And if that's the case I want to say thanks a lot for your support.
Have a nice day!