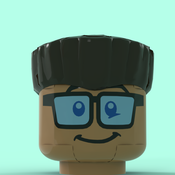 By Corg86
85 comments
My Most Recent LEGO Idea Submission!
It is a large version of one of my favorite LEGO elements. The Technic Engine Cylinder.
In this large version, is a large model based off of the smaller element, It consists of 375 pieces and also, includes a power functions element to power the exposed red axle and large yellow moving piston.
I tried to keep it as close to a scale as possible, where I needed to make some additions, was to the pinholes in the face of the element. I was not able to make the holes, so I choose the look of using the 1/2 pin with stud and placing a "1x1 round" (on a large scale of course).
Also included with this set is a small placard saying what the element is, which is built using the actual LEGO elements!
I was inspired by my love of the LEGO element and also, some large "brick" builds of the LEGO brick.
I hope you enjoy this idea and as always really appreciate any support and feedback!