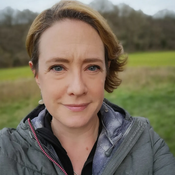 Here's our favourite couple, about to open their store for the day. David has just popped over to grab a coffee from Twyla. He's wearing a black knit with the nearest approximation to the Pan flag that I could find, and he wears his gold rings on both hands. Patrick is in a blue buttoned shirt (SHOCKER) and is about to spray the produce outside. They are very happy and in love <3 I'm still working on character and scene renders. Here's one of everyone's favourite scenes: David being serenaded by his butter-voiced beau. In front of Patrick, being amazed by his talent and his loud eyes, are Ronnie and Twyla. Moira stands next to David in his colourful sweater, both transfixed by what Patrick is saying and doing. Once I had decided to include minifigures, the obvious next step was to set up some scenes. Here's one of my favourites from inside the Apothecary- David offering his olive branch to Patrick via a lip-sync of Simply the Best. "You do know people can see you?". I love these two.
Many more of these coming up. Comment with to let me know if you want to see a particular scene. Darlene's cousin?? Or something else? I have added minifigs of David, Patrick and Stevie. David is wearing a black knit, a gold ring, and a pair of skirted, ripped black jeans. Patrick looks like a thumb, and is wearing a classic blue button-down- he's also holding his guitar.
Inside the store, Stevie is taking a bottle of wine from the fridge. She's wearing jeans and an open shirt, and she carries a cross-body bag.
Minifigures are the wrong scale for this build but apparently there are lots of sets that include them that aren't right, and it was too much fun not to include them! Coming soon- lots of new images and renders, because I'm still learning Studio. Also some changes to the build- custom bricks and lighting (thanks Patrick!), updates to the front windows so they are white inside and black outside, plus a full, removable roof.
On Feb 05, 2022

I'm still fiddling with the Apothecary, especially inside. Here's some better lit shots, plus my best guess at the layout at the back of the store, with some assistance from the amazing Shitt's Sheets. Still working on it!

I've added some custom lettering for the shop name, made some of the carrots purple, and completed the Moira's Rose's Garden 4856 with trellis on the walls. Inside, I have filled the fridge with wine, brie and tapenade, and added some other little details which make me smile. In front of each stepladder in the window there's a small curved table. Views of the other side of the interior, and the back area of the shop, coming soon. I'm still learning how to use Studio

I've fixed the lighting in the renders, and changed the doorway slightly so it's more solid.